The world’s largest medical city is ready for the storm

What Harvey and Allison taught the Texas Medical Center

The world’s largest medical city is ready for the storm 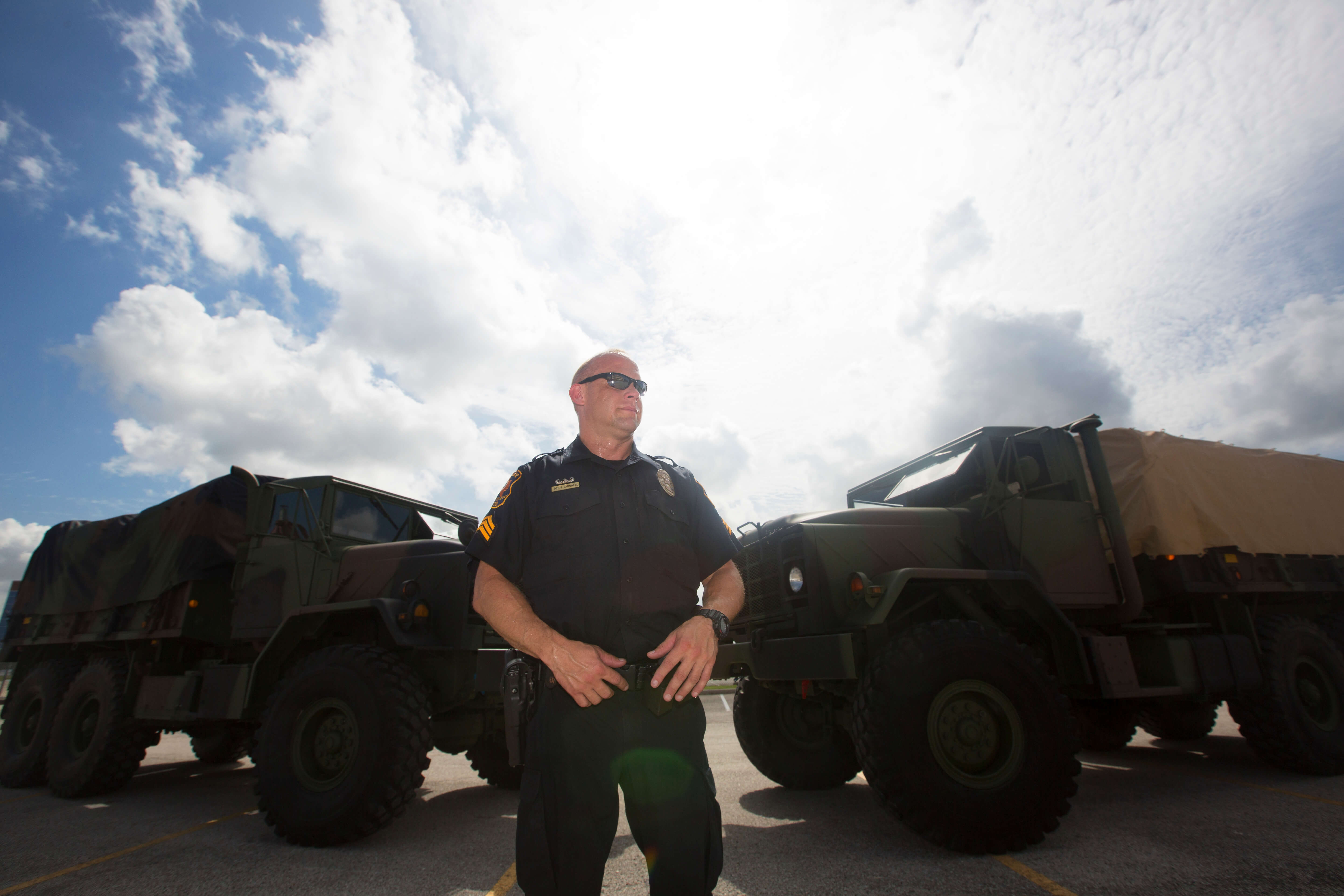 When Hurricane Harvey dumped more than 51 inches of rain on the Houston area last August, the Texas Medical Center (TMC) rallied by proving that a sophisticated floodgate network and other improvements made since Tropical Storm Allison could protect the world’s largest medical city.

But the 2018 hurricane season, which extends through Nov. 30, brings new opportunities to safeguard both patients and employees in the event of another epic storm.

“We have critical folks who would love to be able to get in to take care of patients, but they can’t get there and the resources for the city of Houston are so tapped that the decision was made that we would procure an elevated large vehicle—a five-ton military surplus truck—so that if there are key indi- viduals that need to get in and out, docs and nurses, it could be done safely,” said Robert “Safety Bob” Emery, Dr.P.H., UTHealth’s vice president of safety, health, environment and risk management.

Laverne’s sister transport, Shirley, arrived a few weeks later. The play on the classic TV sitcom “Laverne & Shirley” is one of the more novel responses to hurricane challenges faced by TMC institutions.

Berms, walls and flood doors protected the campus during Harvey, but surrounding flooding impeded employees from traveling to the medical center. “Ride-out teams” are typically prepared to ride out a storm at work for two or three days.

“The flooding was so extensive from Harvey that some of these folks stayed here for six days and that’s very problematic in getting that next wave of replacements in,” Emery said. “Some of these things are 24/7. Obviously, you’ve got health care, but we’ve also got organ transplants, we’ve got animals that have to be fed and research projects that are time dependent, so one of the things we really re-examined was the length of time that the ride-out teams might be expected to be here—and I think that’s a lesson learned by some others around the Texas Medical Center, as well.”

Tropical Storm Allison devastated the TMC in 2001 by dropping more than 40 inches of rain in 15 days. That flooding destroyed years of research, while some institutions lost animals and sustained widespread structural damage.

Harvey’s 51 inches of rain over five days set a record for the largest amount of rainfall from a single storm anywhere in the continental United States. But the deluge validated more than a decade of meticulous post-Allison planning and improvements in the TMC, which had minimal flooding and fared better than many other Houston institutions.

“The reason is the enormous amount of investment in infrastructure and fortification that has taken place post-Allison,” said Shawn Cloonan, the TMC’s chief operating officer and executive vice president. “There’s been a really strong emphasis from Texas Medical Center corporate, in partnership with our member institutions and in partnership with the regional and state and federal authorities, to really fortify this infrastructure so that we could maintain operations.”

“The difference was that we had no intrusion of water on this campus. We had no loss of power. We were fully operational,” said Tom Flanagan, vice president of trauma services and disaster preparedness for the Memorial Hermann Health System. “We were able to shelter our staff and patients in house while we continued to receive patients … a 180-degree difference from what happened in Tropical Storm Allison.”

“We have a very mature implementation of the incident command system,” he said, adding that communication with employees proved particularly vital during Harvey.

“We’ve got over 16,000 staffing positions in our system, and through Harvey, during that

five days, we sent out about 320,000 contacts—whether it was communicating with everybody or whether
it was sending tailored messages to very specific audiences with information they needed to take action,” Mitchell said. “One of the things that helps us to be effective is that we have a very strong and resilient employee culture. Everybody is essential to our response.”

“Harvey was a very unique weather event,” Smith said. “Allison was how we got our lessons learned. We moved our generators. We installed the flood doors so that for every weather event we’ve had since then, we haven’t had a major setback.”

In its role as the emergency preparedness leader for member institutions, the TMC is working to improve supply chain collaboration, as well as campus-wide mobility and access during a storm.

“We have shown the wherewithal of the infrastructure to maintain operations. Now, the second level
is to make sure that people have meaningful access to that care,” Cloonan said. “TMC has led multi-institutional emergency planning and flood mitigation strategy meetings that have resulted in updated policies. Those revisions include new ways to handle the critical supply chain for medical waste, food and other institution necessities. We also have launched an inter-institutional emergency preparedness portal so that there can be a real-time exchange of information and needs.”

The checklist also includes seeking federal road infrastructure funding to fortify critical corridors to the TMC so that there is access for health care professionals and patients during storms, in addition to collaborating with local, state and regional authorities on transportation staging areas.

“You’re not going to have those incredible scenes where you have a physician wading through waist-deep water to go in to do surgery. That’s unacceptable,” Cloonan said.

Like UTHealth, the TMC corporation also will be investing in high-water vehicles, he added.