The Quest to Create an Artificial Heart

The Quest to Create an Artificial Heart 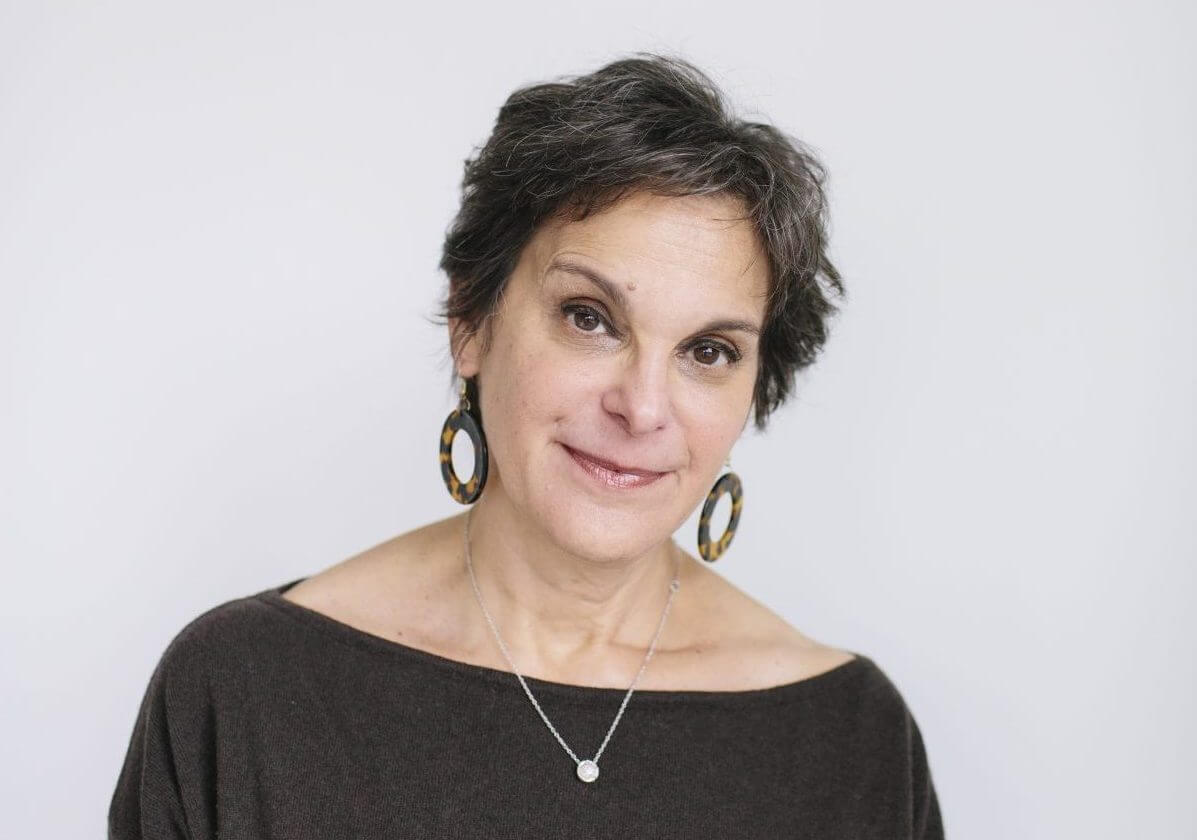 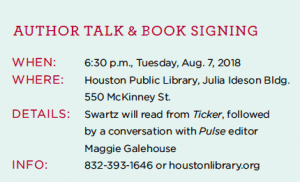 Q | The high-profile heart surgeons who populate your book—including Drs. Bud Frazier, Michael E. DeBakey and Denton Cooley—are and were larger than life. Is there a certain quality they all share?
A | To be able to cut into somebody’s chest and reach into their heart and repair the only organ you can’t live without requires a certain person and a certain kind of ego. It did surprise me. I’ve written about lawyers, I’ve written about politicians, but the egos of heart surgeons are profoundly different.

Q | How so?
A | They’re larger. But I asked Bud once, ‘Are you afraid when you put a mechanical pump into a patient? Are you worried it isn’t going to work?’ And he said ‘No. I’ve done this a million times before.’ And so I think they’re like the early astronauts, these guys, and the devices have been through as many tests as possible before they are put in a person. I also think heart surgeons really like emergencies because that really challenges them, whereas otherwise you’re kind of doing these routine operations. Most of these guys live for a crisis—to be able to fix a crisis and save somebody’s life. They thrive on that. 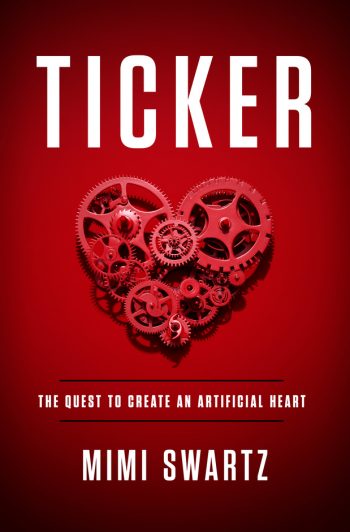 Q | And as you observe in the book, nobody wants a timid heart surgeon. You want to see confidence.
A | You sure do. You want these guys to be swaggering and smart and completely focused on what they’re doing.

Q | Inventors and bioengineers who are designing total and partial artificial hearts work in tandem with doctors to test their devices and, hopefully, bring them to market. What are the joys and pitfalls of this sort of high-stakes innovation?
A | Innovation is breathtaking. It is like seeing a new color. Something you could not imagine is happening right before your eyes. That’s the upside. The downside is you end up thinking you can do anything. Or, actually, that you can do very little, because there are a lot of regulations and the process is extremely slow. And sometimes you have to wait for technology to catch up with your idea before you can move forward.

Q | The road to innovation is paved with failure—that seems to be an underlying theme in Ticker.
A | I sort of think with innovation, failure is a requirement. The Bivacor artificial heart is the result of failures of many years—the failures of really smart people figuring stuff out. And then there are these great leaps. There’s a story Bud tells about the Hemopump, designed by Richard Wampler. Experts didn’t think a continuous flow blood pump could spin the blood at a certain speed without killing the patient, but they were wrong. Bud thought the device was spinning at 2,500 revolutions per minute (RPM), but it was actually 25,000 RPM. He said he wouldn’t have tried it if he had known the actual RPM. But it worked and it changed the technology.

Q | In your opinion, how long will it be before a Bivacor heart is spinning in someone’s body?
A | I think two years, that’s what Bud keeps saying. I think Daniel Timms is very close. Bud, Billy and Daniel—they’re an interesting three-some. When we think of innovation, we might think of Thomas Edison in a room alone. But even he wasn’t alone a lot of the time. Now, I think most innovation happens with teams. All Bud wants for the rest of his life is to see this thing through. And I think Daniel worships Bud, but this is his machine and so I think you’re always trying to protect and grow at the same time.

Mimi Swartz was interviewed by Pulse editor Maggie Galehouse. The conversation was edited for clarity and length.

Mimi Swartz is a long-time executive editor at Texas Monthly and a two-time National Magazine Award winner. Swartz is co-author of the national bestseller Power Failure, with Sherron Watkins, about the demise of Enron. Her work has appeared in Vanity Fair, The New Yorker, Esquire and Slate, and her op-ed pieces appear regularly in The New York Times.

An excerpt from Ticker: 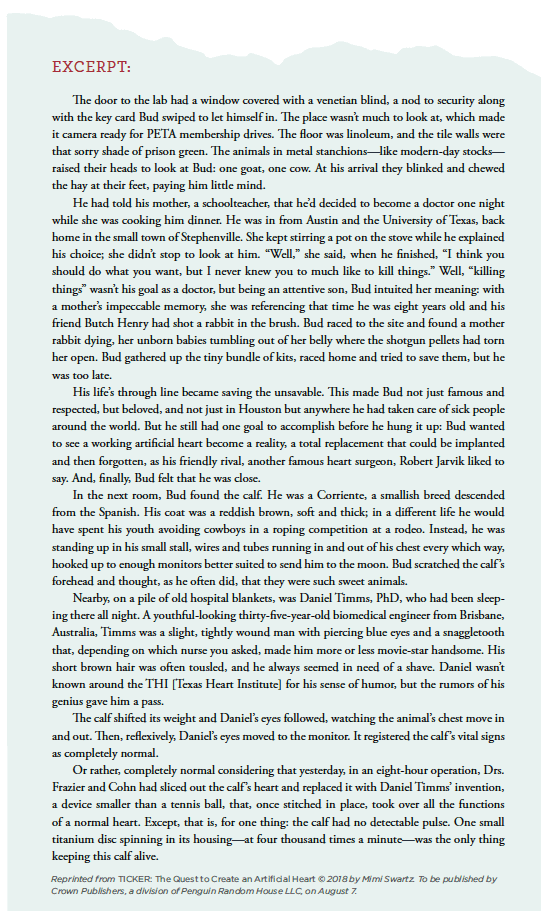