Testosterone prescriptions have sharply dropped in the past few years

Testosterone prescriptions have sharply dropped in the past few years 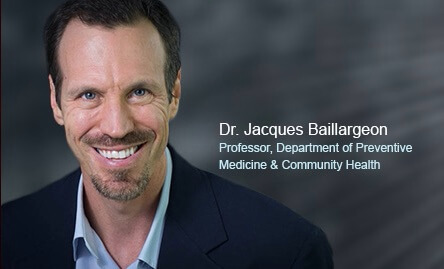 GALVESTON, Texas – Testosterone use in the United States tripled between 2001 and 2011, mostly in men without a clear indication for it. This new study shows, however, that testosterone use dropped significantly after testosterone use was reported to be linked to heart attacks and strokes.

Jacques Baillargeon and colleagues from The University of Texas Medical Branch at Galveston tracked testosterone use and their findings are available in the Journal of the American Medical Association.

After data released in 2014 reported that testosterone use was associated with heart attacks and strokes, the Federal Drug Administration issued a safety bulletin.

Baillargeon and colleagues evaluated data between 2002-2016 of nearly 10 million men over 30 who were treated with testosterone. For each year, the researchers reported the percentage of men who were prescribed testosterone therapy and new testosterone users.

“Between 2013 and 2016, there was a 48 percent decrease in testosterone prescriptions in established users and a 62 percent decrease in new users,” said Baillargeon, UTMB professor in preventive medicine and community health. “The most substantial periods of decrease occurred following published reports linking testosterone to cardiovascular adverse events and an FDA safety communication.”

The drop in new testosterone users occurred in all age groups and regions of the country.

Other authors include UTMB’s Yong-Fang Kuo, Jordan Westra, Randall Urban and James Goodwin. The study was supported by the National Institutes of Health.