Shriners-Galveston dispatched an emergency medical team to Guatemala within 24 hours of one of the country’s most powerful and lethal volcano eruptions in recent history. 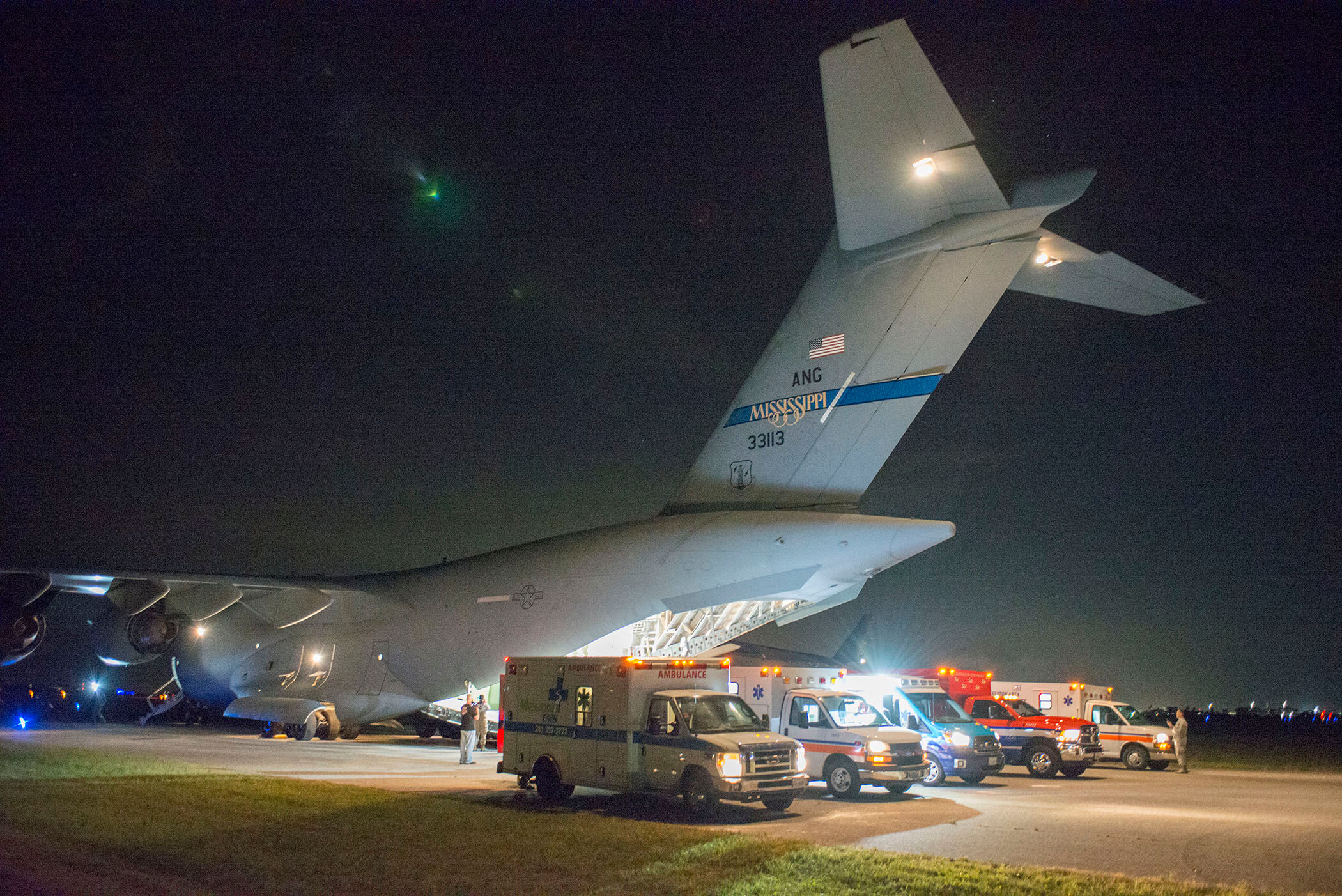 On Monday, June 4, burn surgeon Jong Lee, M.D., got dressed and prepared to head into work at Shriners Hospitals for Children-Galveston to start morning rounds at 7 a.m. Normally, he would meet with residents to check on patients in the burn intensive care unit before reviewing X-rays and lab work. After rounds, he’d usually head to the operating room to perform surgery, followed by time in the clinic.

But June 4 wasn’t a typical day.

Shortly before noon the day before, Guatemala’s Volcán de Fuego—”Volcano of Fire” in Spanish—erupted. More than 3,000 people were evacuated from their homes after the first blast, which was Fuego’s most powerful eruption in 40 years. Over the week, the volcano continued to spew deadly contents. More than 150 have died, according to Guatemala’s government disaster agency, and hundreds remain missing.

When Lee’s phone rang around 6:30 a.m. on Monday—19 hours after the eruption—it was the hospital’s chief of staff, Steven Wolf, M.D., asking him to join an emergency medical team the hospital was sending to Guatemala. The team would assess the injured and determine which ones were stable enough to transfer to Shriners-Galveston, where patients up to age 18 are treated, free of charge.

“When [we] got a call about kids who needed help, we said, ‘Okay, let’s go,’” Wolf said. “That usually involves, first, somebody on the ground there who knows what we have and can evaluate the patients. We instigated a ‘go team’ to go down to Guatemala and assess the situation. It’s not like we’re coming down and telling them what to do. That’s not the right way to go about it. We’re here to help.”

Lee’s colleague, burn surgeon Karel Capek, M.D., had seen reports of the volcano eruption on social media the night before. He watched harrowing video posts of a fast-moving ash cloud tearing toward villages and ravaging trees and roads while residents fled for their lives in terror.

“Some of the videos that were shared from some of these people were their last contact with humanity,” Capek said. “While we were getting ready to go down there, that was kind of our exposure—a few snapshots and a few videos that had come out of these villages and areas around the volcano that are otherwise just absolutely beautiful territory.”

Lee, Capek and hospital administrator Mary Jaco quickly packed a few articles of clothing and drove to Scholes International Airport in Galveston to board the first available commercial flight to Guatemala. Their flight was originally scheduled for 9:30 a.m., but the plumes of volcanic ash and dust obstructed visibility in the air and caused a two-hour delay.

In Guatemala, members of the local Shriners club met the team at the airport when they landed at 2:30 p.m. and drove them to a hospital in Guatemala City, approximately 32 miles from the foot of Volcán de Fuego .

When Capek and Lee stepped into the General San Juan de Dios Hospital burn unit on June 4, they faced a crowd of shell-shocked, ash-covered faces.

“You walk into the unit and you see 20 to 40 people with this hollow look on their faces because they’ve lost nephews, nieces, kids and parents,” Capek said. “You think about how many people didn’t survive this problem. Everybody from these communities has lost multiple friends and family members. … It was really sad.”

The next day, medical team members went to a hospital in Escuintla, on the other side of the volcano, and compiled a list of patients they thought would benefit from transfer. But before anything else, doctors needed to make sure the patients were in stable condition.

“The first 24 hours after the burn injury, there’s emergency care, resuscitation, managing the lungs if there’s an inhalation injury,” Capek said. “Once the patient is stabilized in the post-burn period, which is usually 24 to 48 hours after the burn—maybe a little more rapidly if everything goes well—then you try to remove all the dead tissue killed by the burn and replace it with some type of skin covering.”

By 2 a.m. June 6—less than 48 hours after arriving in Guatamala—the Shriners team had escorted six patients and their families onto the U.S. Air Force’s C-17 Globemaster III aircraft that the U.S. State Department had requested to use for transfer. The military transport plane touched down around 4:40 a.m. at Scholes, where ambulances were waiting.

Wolf, who stayed in Galveston, had cleared out the operating schedule at Shriners-Galveston in anticipation of the Guatemalan burn victims. Within 12 hours of their arrival, the patients were wheeled into operating rooms and placed in skin substitutes—such as donor skin or tissue donations called homografts—to start the healing process. Shriners is one of 123 specialty burn centers with skin banks that carry homografts, which is skin harvested from a deceased person and processed to be used safely on patients.

“Once the wounds are closed, you move on to the rehabilitation phase,” Wolf explained. “That really means getting them back to normal livelihood and activities. … That’s our mission. That’s why we do this.”

Capek and Lee have extensive experience helping burn patients from Central America and other locations.

“When you see a parent who is crying and upset because they don’t even know whether their child is going to live or die, it’s very difficult. Unfortunately, we see that here all the time,” Lee said. “When you see them, you kind of see the same thing: They’re frightened. They’re concerned. They’re worried. You can never get used to it, but we’ve experienced it before.”

The surgeons were part of a Shriners team that traveled to Guatemala after a March 2017 fire at the Virgen de la Asunción Safe Home in San José Punila—an orphanage just outside Guatemala City. The blaze killed 41 girls. Capek and Lee helped transport seven survivors to Shriners’ U.S. locations for burn treatment. Four went to Shriners-Galveston.

In December 2016, Capek and Lee flew to Mexico in response to a fireworks explosion that ravaged the San Pablito Market near Mexico City, killing at least three dozen and injuring nearly 100. Capek and Lee ushered six children and their families to Shriners-Galveston.

Rising from the ashes

Although volcanic eruptions ravage forests and crops, the ash contains nutrient-rich minerals that, over time, fertilize the land. That’s why some of the most verdant landscapes are located near volcanoes.

Much like the land surrounding Fuego, it will be a long time before the survivors of the eruption—particularly patients with burn injuries—feel a sense of renewal and normalcy, but the doctors at Shriners-Galveston believe that will happen.

“It is remarkable seeing the patients get better. When I went to medical school, I thought I was going to fix people like a mechanic fixes cars,” he said. “Pretty quickly after I got here to Galveston, training under Dr. Lee and working at Shriners, I realized that was not the case. The patients tend to do about all of the work in getting better. They’re the ones who experience the discomfort and pain from these wounds, and they’re the ones who grow new blood vessels into the skin grafts that we put in the wounds.”