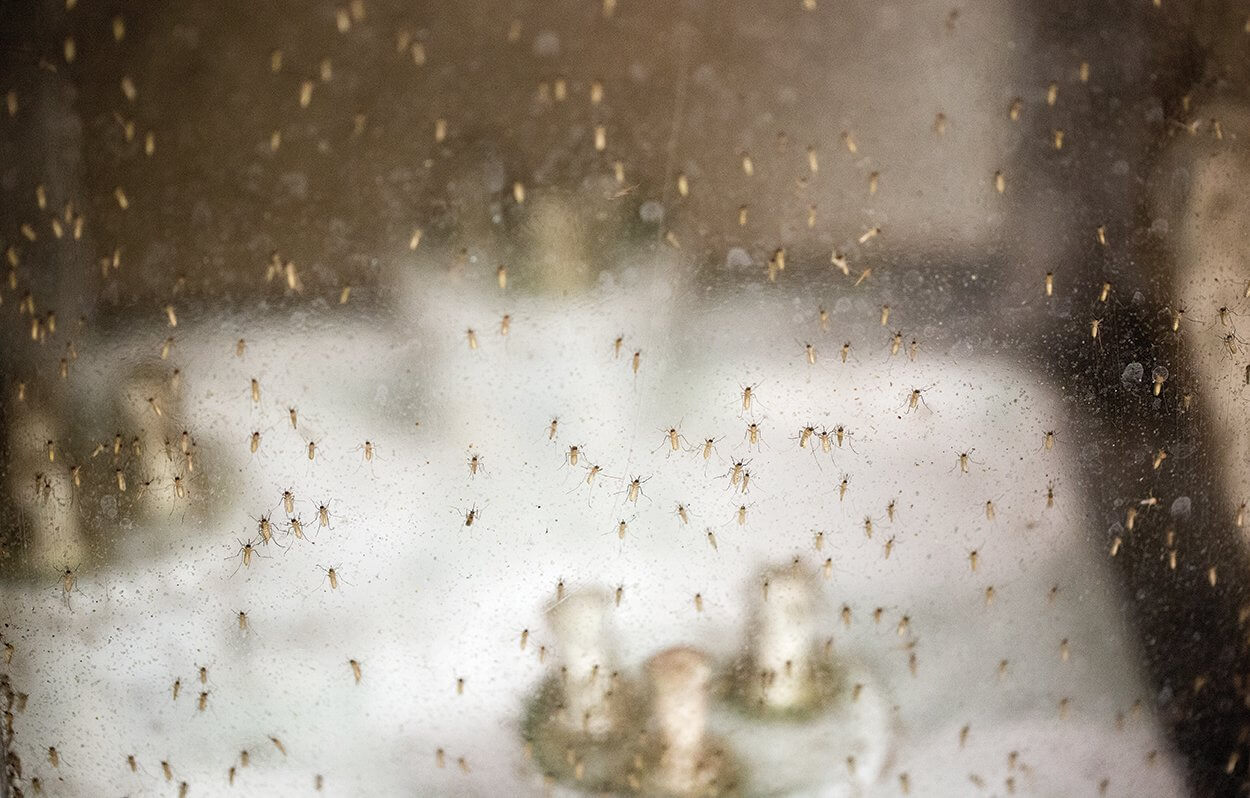 Mosquito season is in full swing in the Houston area, which means residents face an increased risk of catching a potentially serious disease from a mosquito bite.

Harris County Public Health has studied mosquito-borne illnesses and prevention techniques for half a century, and now with a research group that includes Baylor College of Medicine and ExxonMobil, the county is developing a new way to analyze Aedes aegypti mosquito vectors across the Houston area.

Using a geographic information system (GIS), researchers are able to evaluate and then create an algorithm to detect where the mosquitoes are most likely to live, said Melissa Nolan, Ph.D., an epidemiologist at the University of South Carolina who started working on this project while she was a research associate at Baylor.

GIS software, enabled by California-based mapping and technology company Esri, offers a way to gather and analyze data using spatial location, maps and 3-D to reveal patterns and relationships. The software narrowed mosquito habitats to three general areas around Houston: The north side, the west side and the Houston Ship Channel.

The trap that researchers are testing is made by Microsoft and features automated sensors that detect the mosquitoes they want to trap based on wing beats, explained Mustapha Debboun, Ph.D., leader of the research group and director of mosquito and vector control at Harris County Public Health.

Researchers visited the three areas and set up traps to collect mosquitoes and test them for possible diseases. At 268 different sites, 400 traps were deployed underground and above ground, Debboun said. Surveyor technicians go out on a weekly basis and collect the mosquitoes.

“We are always collecting, sampling and surveying,” Debboun said. “We are trying to figure out a model of where the mosquitoes can be found, and the satellite images will help us.” 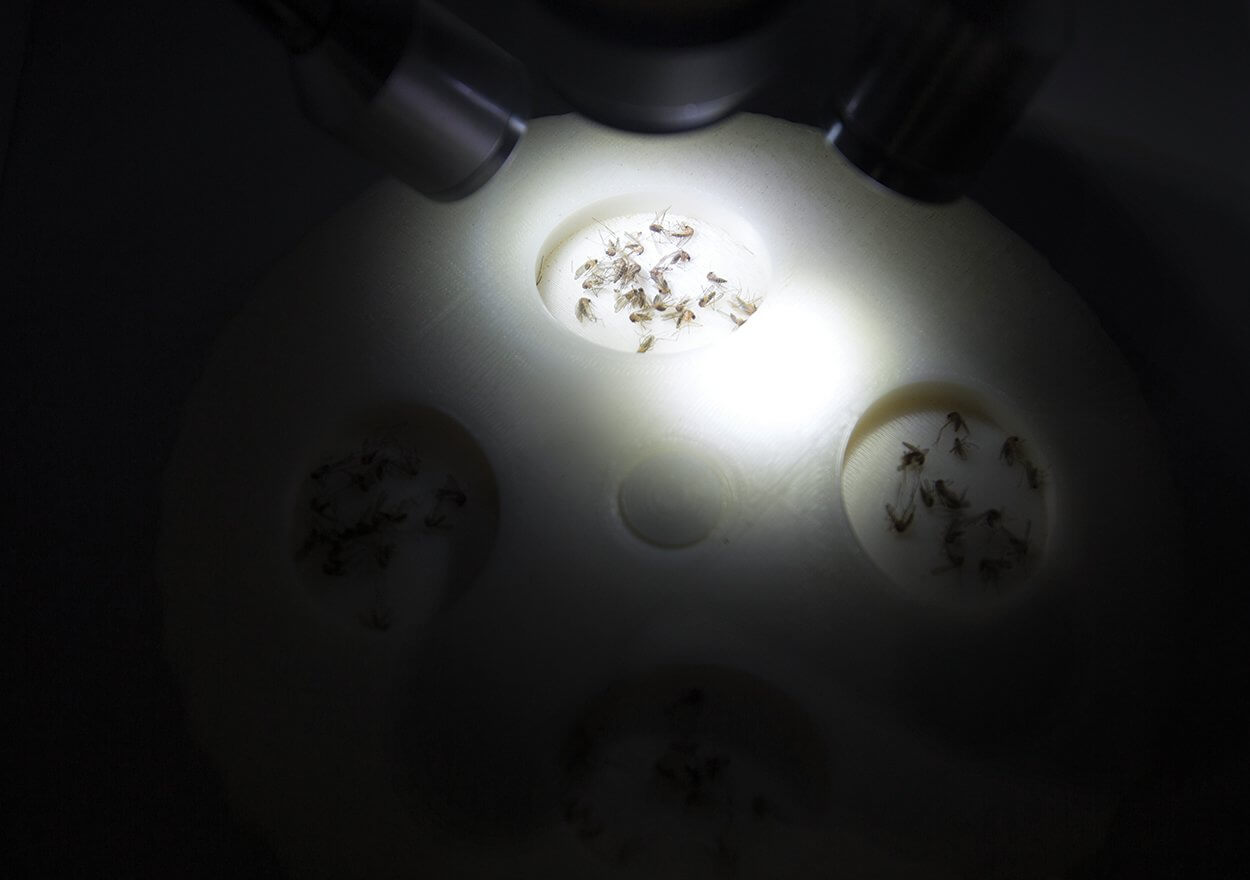 The GIS is also helping researchers analyze the breeding habitats of mosquitoes.

Houston’s peak season for mosquitoes falls between May and September, when some 56 different species are swarming. Only female mosquitoes bite because they need the blood to produce eggs.

Already in 2018, mosquitoes carrying West Nile virus have been discovered in Harris County and north of Houston in Montgomery County.

Most people infected with West Nile virus experience flu-like symptoms, although severe cases can cause inflammation of the brain and the membrane around the brain.

Between 2015 and May 2018, some 5,700 symptomatic Zika cases were reported in the United States, according to the U.S. Centers for Disease Control and Prevention.

Mosquitoes like to lay their eggs on stagnant water, and warm summer water increases development of the eggs. Culex quinquefasciatus adult female mosquitoes prefer to breed in polluted stagnant water and to feed on blood from birds. Viruses are often spread by mosquitoes that fed on the blood of infected birds.

“The satellite images show places where puddles of water are created when it rains—tire groupings, bird baths, cemeteries and construction sites,” Debboun said.

Not all mosquitoes emerge at the same time of day, making it difficult to employ one type of prevention method. Aedes aegypti mosquitoes prefer the daytime and often hide in the grass, so spraying—which is often done at night when most people are inside—isn’t a viable solution.

Local researchers using GIS software hope that places beyond Houston will benefit from their work.

“My goal is to provide this algorithm so rural areas in Texas that don’t have a vector control program like Houston can train two or three people to use this program,” Nolan said.

She continues to work on the project from the University of South Carolina, which intends to launch its own version of the GIS project.

Nolan presented her early findings in 2017 at the Pumps & Pipes conference, an annual Houston-area event that unites the aerospace, energy and health care industries for education and collaboration.

In addition, Nolan and others are working with University of Houston researchers on a machine that releases sound waves to kill mosquito larvae in water.

The technology could benefit the military, too. GIS could be useful in locating the habitats of sand flies, mosquito-like insects that pester troops in the field and can cause disease.

For now, the research in Houston’s three mosquito hot spots continues, as researchers work to get a complete picture of habitats in the area.

“We have a hypothesis of what is going on, but the challenge is trying to narrow it down,” Nolan said. “There are many ditches in Houston, so massive bioinformatics will be needed.”