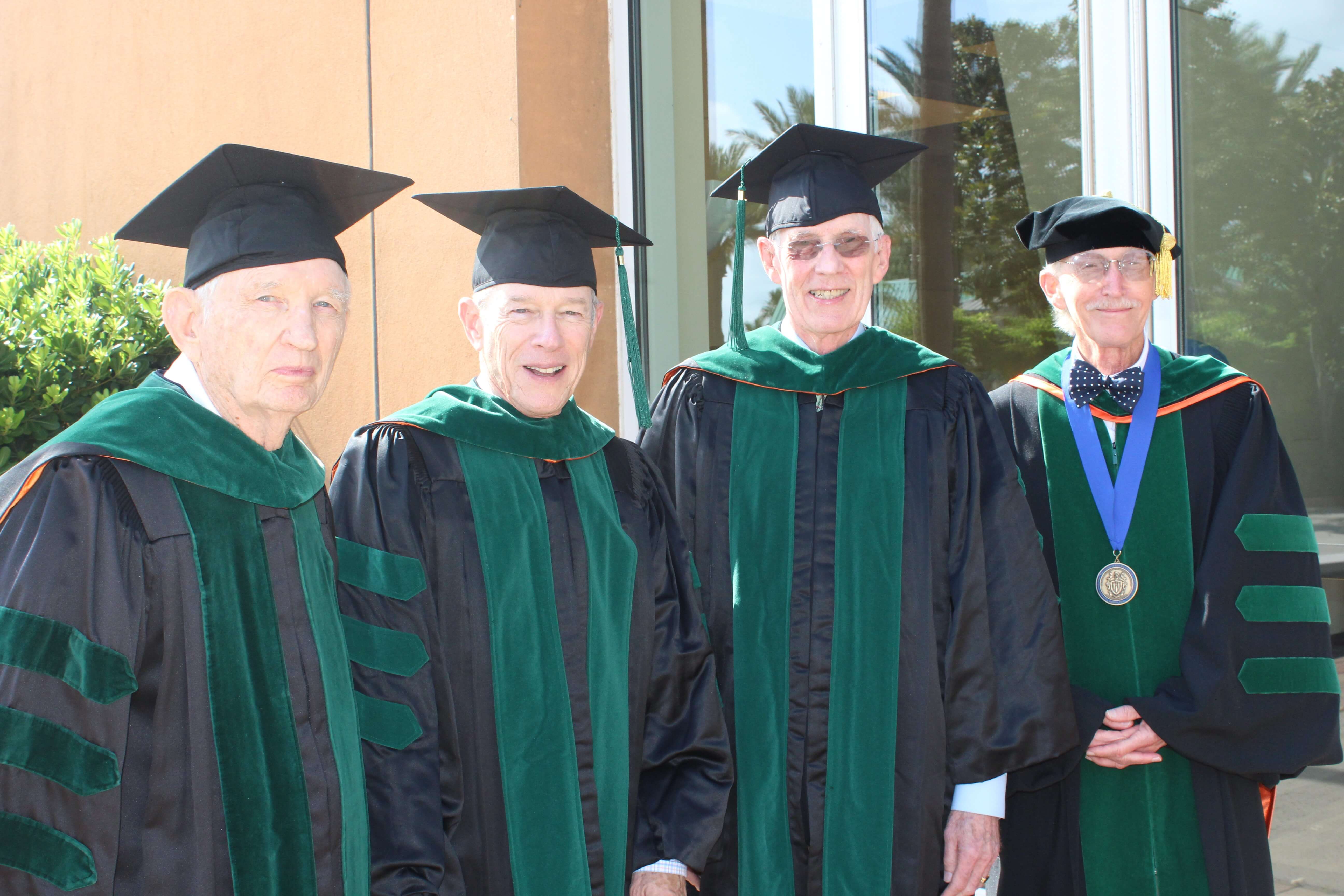 GALVESTON, Texas – The University of Texas Medical Branch at Galvestonrecently recognized five alumni for their accomplishments by presenting them with the Ashbel Smith Distinguished Alumnus Award.

Established in 1965, the ASDA Award is the highest honor bestowed by the School of Medicine Alumni Association.

The award honors the memory of Dr. Ashbel Smith, a prominent figure in Texas politics, medicine and education. Smith was instrumental in establishing The University of Texas at Austin in 1881 and, in 1891, a medical department in Galveston that would later become UTMB.

After receiving his medical degree from UTMB, Brown served a one-year internship at the U.S. Air Force’s Scott Hospital in Illinois, followed by two years as a flight medical officer. He received the USAF Meritorious Service award in 1965. Brown completed a radiology residency at the Mayo Clinic and continued training at MD Anderson Hospital in Houston where he was a member of the radiation oncology department as a clinical associate professor before entering private practice in 1973. Brown is a past president of the Texas Radiological Society and previously served as a member of UTMB’s development board.

Since graduation from UTMB, Butts served as a lieutenant in the U.S. Navy. After completing his military service, he became a clinical associate professor at The University of Texas McGovern Medical School. Butts had many hospital staff appointments throughout the Houston area, including chief of medical staff at Houston Northwest Medical Center. He also served as president of the Harris County Medical Society in 2004. Butts has been published in Texas Medicine, American Journal of Surgery and cancer journals.

After graduation in 1973 and a rotating internship in Virginia, Malloy returned to UTMB for two years of pediatric residency. After his residency, he continued his training at Columbia University and returned to UTMB as an assistant professor in 1980. Malloy received a U.S. Public Health Service training grant to complete his epidemiology degree at the School of Public Health in Houston. Upon completion, he trained for 18 months at the National Center for Health Statistics in Maryland. Malloy returned to UTMB in 1991, continuing his clinical work as a neonatologist working in the nurseries and providing bedside training to students.

Upon successful completion of his medical studies at UTMB, Marks served an internship and surgical residency at the University of California, Los Angeles Harbor General Hospital. He also served two years on active duty as a lieutenant commander in the U.S. Public Health Service Commissioned Corps. Marks is the inaugural holder of the deKernion Chair in Urology at the David Geffen School of Medicine at UCLA. Most recently, Marks has been principle investigator on research projects devoted to targeted prostate biopsy and focal therapy of prostate cancer.

During his time as a student at UTMB, McAninch received the Gold Headed Cane Award, which recognizes students who best exemplify the ultimate in patient care. Following graduation, McAninch served 13 years of active military duty in the Army. He joined the faculty of the University of California, San Francisco in 1977 and served as chief of urology at San Francisco General Hospital. He became professor emeritus at UCSF in 2013 where he continues his research and teaching.