The Rise of HPV-Related Cancers in Men

The Rise of HPV-Related Cancers in Men 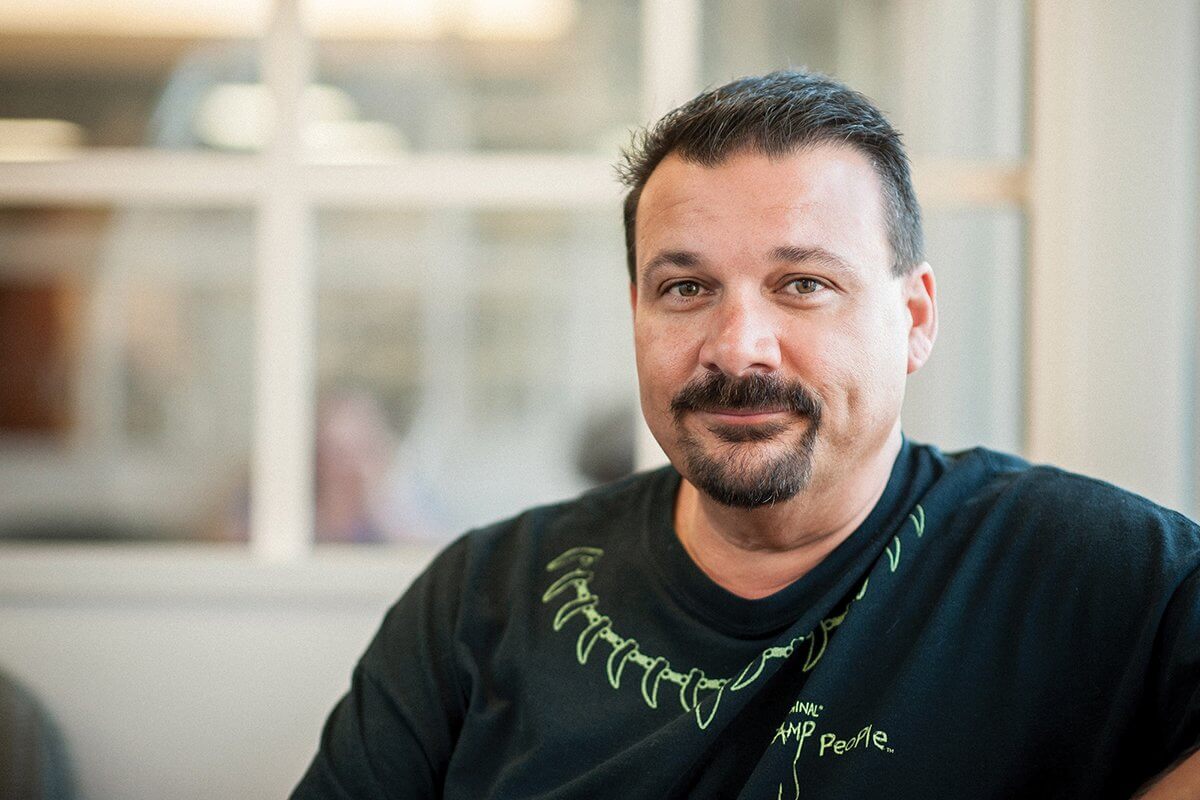 Scott Courville admired his full beard and round belly in the mirror: He was ready for the upcoming holiday season. It was November 2015 and Courville, who plays Santa Claus in Lafayette, Louisiana, was too excited about his favorite time of year to worry much about the pain developing in his jaw.

By February, though, the ache had worsened and was accompanied by new symptoms: white spots on his right tonsil, difficulty swallowing and lumps in his throat. He finally made his way to a walk-in clinic where he was diagnosed with tonsillitis and prescribed antibiotics.

“They sent me home and said, ‘In two weeks everything should clear up,’” Courville recalled.

But his symptoms only worsened. Courville made an appointment with a local ear, nose and throat (ENT) specialist who also diagnosed Courville with tonsillitis. The doctor prescribed more antibiotics and steroids, but two weeks later there were no improvements. Courville was referred to a dentist—“In case they see something we don’t”—but that, too, was a dead end.

Courville’s dentist insisted he return to his ENT, where he ultimately had a CT scan that revealed a mass in his throat. That was June 6, 2016. Two days later, Courville underwent a biopsy. When he awoke from the surgery, his doctor was standing over him.

Courville always gets choked up retelling this part of his story.

“The hardest part for me is always remembering when the doctor said, ‘I’m sorry, but you’ve got cancer.’”

Courville was referred to The University of Texas MD Anderson Cancer Center, where doctors confirmed that he had squamous cell carcinoma of the right tonsil. But there was more: Courville learned that his cancer had been caused by the human papillomavirus—HPV.

Courville’s story is becoming increasingly common, with the annual incidence of HPV-related cancers of the throat, tonsils and the base of the tongue in men in the United States now outnumbering cases of cervical cancer in women, according to the U.S. Centers for Disease Control and Prevention (CDC). A 2017 research paper authored by scientists at Baylor College of Medicine and The University of Texas Health Science Center at Houston School of Public Health, among others, found the overall prevalence of oral HPV in men in the U.S. to be upwards of 11 million—much higher than previously believed.

“This has implications, because pretty much everyone is exposed to HPV,” said Andrew Sikora, M.D., Ph.D., one of the authors of the paper and vice chair for research and co-director of the Head and Neck Cancer Program at Baylor College of Medicine. “When we’re talking about the prevalence of oral HPV infection, we’re talking about that infection persisting inside the tonsils or on the base of the tongue of these men, and I think that’s what sets you up for cancer later in life—it may happen decades after you were exposed to HPV.”

That lag time, coupled with an absence of symptoms, is part of the reason HPV-related oropharyngeal cancers, also referred to as head and neck cancers, are increasing.

“What makes this cancer interesting is that it’s one of the only cancers in the body that we’re actually seeing more cases of year over year,” explained Ron J. Karni, M.D., who serves as chief of the division of Head and Neck Surgical Oncology at McGovern Medical School at UTHealth and Memorial Hermann-Texas Medical Center. “In the U.S., we can expect a certain number of breast cancer cases and lung cancer cases every year, but this is actually starting to look a bit like an epidemic in that we are seeing more every year. It’s alarming.” 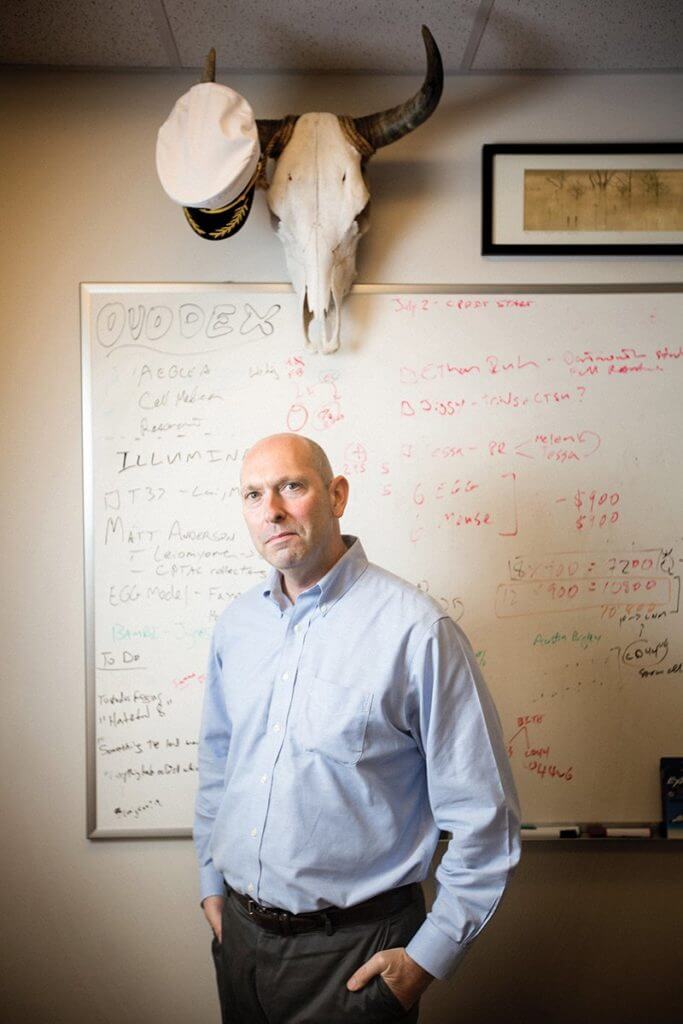 Andrew Sikora, M.D., Ph.D., is Vice Chair for Research and Co-Director of the Head and Neck Cancer Program at Baylor College of Medicine (Credit: Cody Duty).

HPV is the most common sexually transmitted disease in the U.S., with an estimated 79 million individuals infected. According to the CDC, HPV is so common that most people who are sexually active will get the virus at some point in their lives if they do not get the HPV vaccine.

Currently, there is no annual screening test for men to determine whether they have the virus. Women, on the other hand, are advised to get regular pap smears.

The Papanicolaou test, commonly known as the pap smear, involves collecting cells from inside a woman’s cervix to detect pre-cancerous changes. It is performed during a woman’s annual exam and has been widely credited for detecting early signs of HPV-related cervical cancer and saving countless lives. No such screening test has been successfully developed for oropharyngeal cancer—another reason cited for its steady rise.

“We’re at a huge disadvantage,” said Sikora, who, in addition to his research, treats patients at the Michael E. DeBakey VA Medical Center in Houston. “The pap smear, in terms of global health impact, is probably one of the best, most cost-effective things ever invented in terms of just the sheer number of women who have not had cancers because of it. We have nothing like that for men.”

Sikora explained that anatomy is, in part, to blame. Whereas the cervix is easily sampled, the tonsils are full of “nooks and crannies,” he said, and scientists have yet to develop a reliable technique for obtaining a representative sample of cells inside the throat, tonsils and back of the tongue.

“It’s sort of a holy grail for researchers in the field,” Sikora said. “It would be a game-changer in terms of prevention and early detection of cancer.”

Scientists at MD Anderson, where Courville was treated, may be closing in on some answers. Researchers, including Erich M. Sturgis, M.D., MPH, the Christopher & Susan Damico Chair in Viral Associated Malignancies, are currently conducting a clinical trial for an antibody test that could be used to screen for HPV-related throat cancer.

The HOUSTON study, an acronym for “HPV-related Oropharyngeal and Uncommon Cancers Screening Trial of Men,” is looking to recruit 5,000 men ages 50 to 64 years to provide blood and saliva samples for serologic HPV testing and oral HPV testing, respectively. If a subject is found to have a positive antibody test, he will be asked to participate in a second phase of the study, which includes an intensive screening program run through MD Anderson’s oral pre-cancer clinic.

The hope is that this study will reveal that serological HPV antibody testing is an effective screening tool for HPV-related cancer in men: the equivalent to a pap smear. 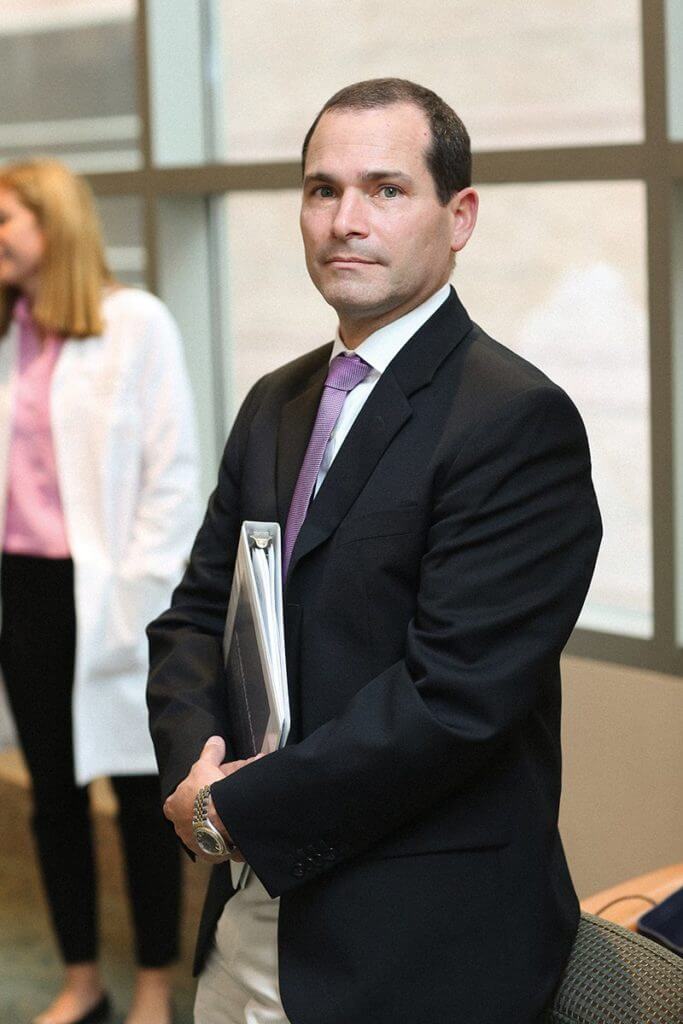 A lump in the neck

If and when HPV-related cancer does develop, men often notice a pain in their jaw or throat, trouble swallowing, change or loss of voice that lasts more than a week or two, a sore spot on the tongue and, most often, a lump in the neck.

“There’s often a very small, primary tumor, which is the tumor that is in the tongue or in the tonsil, and it travels early to the lymph nodes,” Sikora explained. “Depending on what your neck looks like, lymph nodes can get pretty big before they become noticeable. But a lump in the neck is by far the most common symptom, and unfortunately it’s often detected much later than we would like.”

Even more troubling, many individuals who have these symptoms are commonly misdiagnosed and handed antibiotics, as in Courville’s case.

“The most important message I can convey is that if you have a lump in your neck, go see an ear, nose and throat doctor,” Karni said, emphasizing the importance of an informed diagnosis and specialized care.

Treatment for oropharyngeal cancers varies depending on the case and often involves a multidisciplinary team of clinicians, as well as some form of combined modality therapy such as radiation and chemotherapy. In the future, Sturgis sees novel therapies, including immunotherapy options, changing the landscape of treatment protocols.

“We want to think about cancer the way Target thinks about shopping or the way the best airlines think about flying,” Karni said. “We designed a program that is patient-centered. We asked, ‘What does the patient need on their fourth week of radiation? What do they need on their third month post-radiation? How can we get that into one clinic space?’ It’s a large team and it’s all centered around this one disease.” 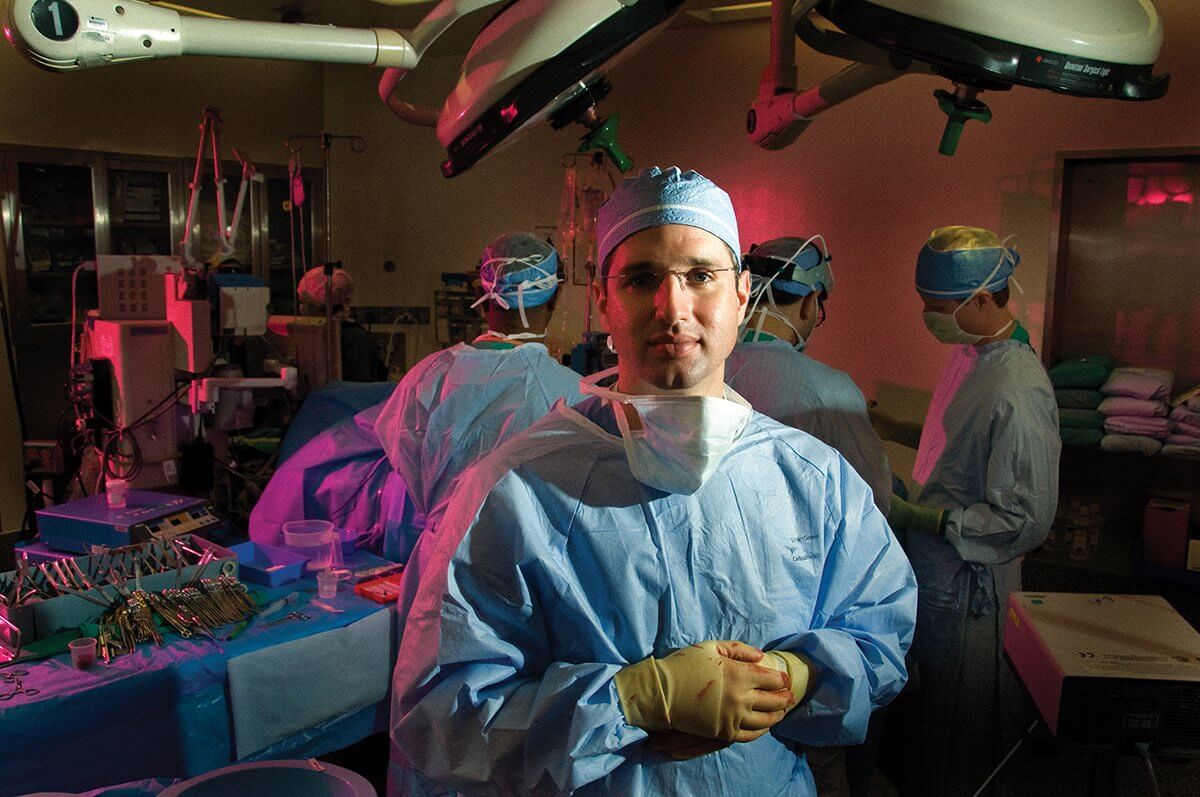 47th in the nation

In 2006, an HPV vaccine named Gardasil hit the market. It was originally intended to prevent HPV in females and, ultimately, HPV-related cervical cancer. But as scientists learned more about HPV—first that males could be carriers and later that it causes cancer in men, as well—public health professionals and clinicians unanimously recommended the vaccine to everyone. The CDC recommends all young women through the age of 26 and all young men through age 21 receive two doses for the vaccine to be effective.

And it is. A recent report published in May by Cochrane, a global independent network of clinical researchers and health care professionals, concluded that the HPV vaccine protects against cervical cancer in young women, especially when they are vaccinated between the ages of 15 and 26.

Which begs the question: Will the vaccine protect young men against the development of oropharyngeal cancers?

Yet despite scientific evidence that prophylactic HPV vaccination of children and young adults will drastically reduce HPV-related cancers, vaccination rates in the U.S. remain alarmingly low—and Texas ranks 47th. Even more, several generations did not have the vaccine available to them and are currently at risk for HPV-related cancer.

As Karni said, it is alarming.

“Because the median age of oropharynx cancer related to HPV is about 55 and, in some studies, 60, and because the vaccine does not seem to work in individuals who have already been exposed, the benefits of vaccination on HPV-related cancer will not be realized for several decades,” Sturgis said. “Even if we vaccinate 100 percent of our boys and girls tomorrow, we have a whole generation or two who are at risk for this cancer and cannot do anything about it.”

Courville endured six rounds of chemotherapy and 33 daily rounds of radiation to treat his cancer. He lost a year of his life, 100 pounds, his taste buds and salivary glands, and can no longer grow his full beard— but his therapy was successful. He has now made it his life’s mission to inform the public about the importance of the vaccine as well as ongoing advocacy and research surrounding HPV-related cancers.

“If you can educate the public and educate the parents, they will vaccinate their kids,” Courville said. “And if we can vaccinate this generation, we could eliminate these types of cancers.”

UPDATE: On June 7, The University of Texas MD Anderson Cancer Center joined with 69 other National Cancer Institute (NCI)-designated centers, including Baylor College of Medicine, in issuing a joint statement to call for increased HPV vaccination and evidence-based screening, with the goal of eliminating cancers caused by the virus.