Thank You for Sharing

It's getting easier to share health records in real time, but progress is slow

Thank You for Sharing 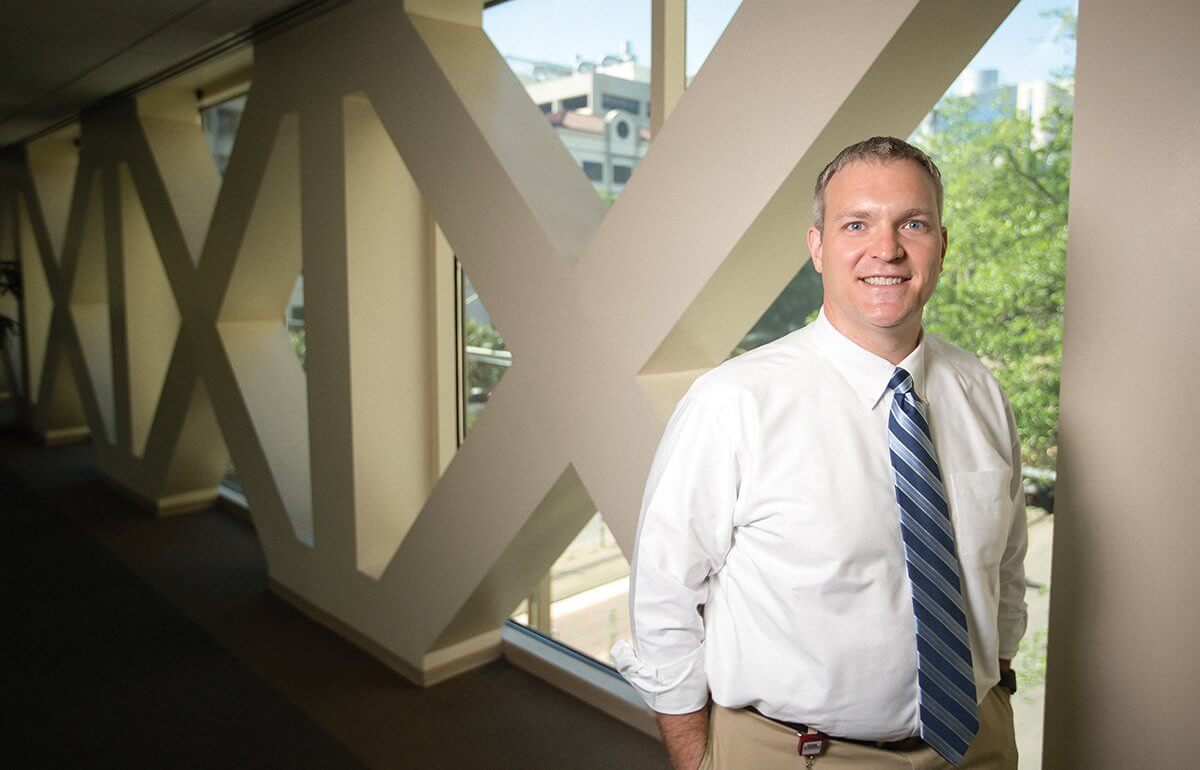 During a trip last summer, Sanjay Mishra, M.D., collapsed in Philadelphia International Airport. The child psychiatrist recovered after a weeklong hospital stay for undiagnosed severe coronary disease. A 95 percent blockage in his main artery was cleared by cardiac catheterization.

On his way home, his wife, Seema Verma, MPH, who oversees Medicare and Medicaid for the federal government, asked physicians for Mishra’s medical records. She wanted to take them to his health care providers back home in Indiana.

“The doctors looked a little uncomfortable and they said they would get back to me,” Verma said during a speech to health infor-mation professionals in Las Vegas earlier this year. Eventually, she received five pieces of paper and a CD-ROM. After finding a computer that could read a CD—no easy task in 2018—Verma discovered the disc was missing several test results, including her husband’s MRI.

The experience left Verma, one of the most powerful health care administrators in the nation, deeply concerned about the challenges of sharing patient records.“I couldn’t help but contemplate the disconnect between the genius of the medical system that used the latest technology and science to save my husband’s life, but didn’t have the tools available to just give me his medical records—which I thought would have been the simplest task out of all they had performed,” she said at the conference of more than 40,000 health IT professionals.

In the greater Houston area, health leaders say we’re on the verge of a major development for elec-tronic health records accessibility. Greater Houston Healthconnect, which launched in 2010, has created the infrastructure and policies to allow the region’s health care providers to share patient data in real-time—even when doctors and hospitals use different systems to manage patient records.

“To do that is easier said than done,” said Nick Bonvino, the non-profit’s CEO. Health care institu-tions, he explained, “were not built to do this.”

So far, Greater Houston Healthconnect includes most Texas Medical Center hospitals and their suburban affiliates, as well as clinics, locally-based insurance plans, health districts and large physicians’ practices in two dozen counties in southeast Texas. But until recently, the network had one serious shortcoming: It lacked two major regional health care providers, Memorial Hermann and HCA Gulf Coast Division Family of Hospitals, which, together, include more than 24 area hospitals. However, in recent months, both have joined the network. Though neither is fully live quite yet (integrating records requires more than just flipping a switch, Bonvino noted), both should come online imminently, he said.

The stakes, federal officials and other experts say, are tremendous. For starters, an inability to share patient data in real time can jeopardize safety and lead to suboptimal care. Longer term, a prolonged period without shared electronic medical information could prevent providers and patients from fully benefiting from the growing power of “big data” and artificial intelligence—twin technological powers beginning to unlock the secrets of diagnoses and treatments.

Nearly 15 years ago, President George W. Bush announced a 10-year plan to create a network that would allow health care providers to share medical records, but that vision still hasn’t fully come to fruition. The aim was for physicians to be able to share patient data easily to prevent medical errors, reduce costs, provide information during emergencies and improve care. The plan, announced in 2004, also envisioned giving patients the option to carry all their health information on a key chain—the modern smartphone hadn’t been invented yet.

So far, regional health care information-sharing networks are making progress across the country, including here in Houston. Still, there are gaps in coverage: Records aren’t connected nationally and patients often lack full access to their own information.

Even today, instances in which patients or physicians have to track down hard copies of records “are unbelievably the norm,” said Hardeep Singh, M.D., a patient safety researcher at the Center for Innovations in Quality, Effectiveness and Safety, based at the Michael E. DeBakey VA Medical Center and Baylor College of Medicine.

“It’s getting better, but I think it’s going to take longer than we thought, and I think we aren’t moving fast enough,” Singh said.

Other experts who place more urgency on the current situation argue that a lack of communication and connectivity leaves patients and providers in a state of ignorance.

“Frightening,” is the stark term used by Lamar Pritchard, Ph.D., dean of the University of Houston College of Pharmacy.

“A lot of patients believe we’ve been sharing this information all along,” said Pritchard, a former board member of Greater Houston Healthconnect. “But when you speak to an ER doctor, and they’re treating someone for a car accident in League City—and the patient lives in The Woodlands—the doctor will tell you they’re practicing in the dark.”

So why, exactly, has data sharing been such a challenge? Singh said the problem is more political than technical. In many instances, the culture of competition provides little incentive to share information. In other cases, the firms that maintain patient records for providers have been accused of resisting an integrated system.

First, unlike many communities, there isn’t a lone dominant health care provider in the greater Houston area. Many hospitals, physician groups and independent practices have independent electronic health data systems.

Second, Walsh said, there are fewer accountable care organizations, or ACOs, in southeast Texas compared with other areas of the nation. In ACOs, providers share medical and financial responsibility for providing patient care with the goal of limiting wasteful or unnecessary spending. Data sharing can reduce the cost of health care by eliminating redundant tests and procedures as well as helping pro-viders get the information they need to diagnose and treat patients more effectively. In those cases, there can be a big payoff when providers invest in data-sharing infrastructure. Still, the economic factors that encourage sharing aren’t as strong in Houston, he said.

Some have suggested more patient-centric solutions. If systems struggle to share the data, can patients serve as gatekeepers of their own records on smartphones or other portable data devices?

Most experts agree that this isn’t the optimal solution. For starters, patients have not shown enthusi-asm about accessing their medical information electronically. Health care providers report success if half of their patients sign up for access to data portals, Singh said.

Most critically, doctors don’t want to rely on patients during an emergency.

In addition, health care providers must access information independently and in real time to provide the most informed care for individuals and groups. Storing health records with individuals would prevent doctors from benefiting from the broader insights that population data can provide. For example, software could theoretically analyze all patients who meet a certain profile nationwide and determine which treatments have the best outcomes.

So, what’s the fix for electronic patient medical data accessibility? Experts agree that health care providers will only make seamless record-sharing a priority when patients and their employers—specifically, those employers who ultimately pay for health care—demand connectivity. Eventually, providers that don’t share data will be viewed as dated, unsophisticated and ineffective.

“Would you use a bank that didn’t have an app?” Walsh asked. “It’s going to be that way with health care. Eventually, the market will demand that you offer interoperability, or you’re going to go outof business.”