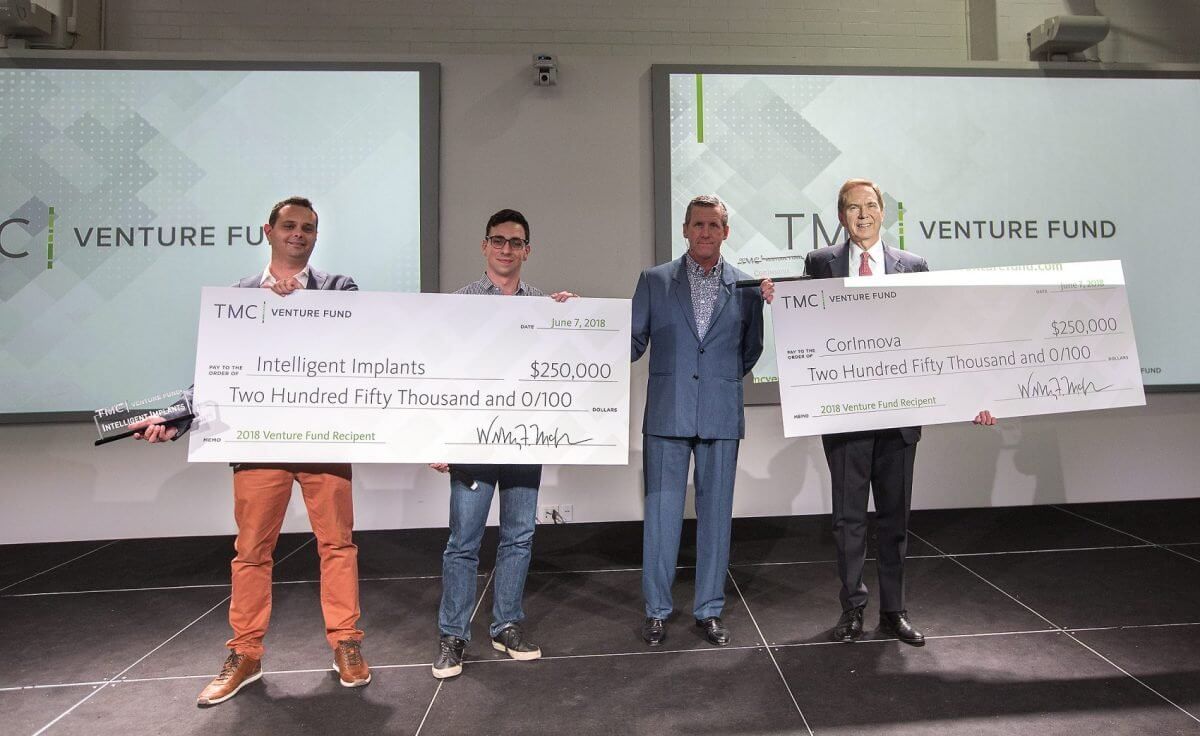 The investments to CorInnova and Intelligent Implants were announced during the TMC Innovation Center’s biannual Digital Health Demo Day.

“The two companies receiving financial support from the TMC Venture Fund are indicative of our mission in myriad ways,” said Bill McKeon, president and chief executive officer of the Texas Medical Center, the largest medical city in the world. “I am extremely proud of the growth and progress that these companies have made in their time spent at TMC Innovation. I have full confidence that these startups will go on to do tremendous work in the health care space with the additional financial backing each company has been awarded from the fund.”

The $25 million TMC Venture Fund, first announced in November 2017, was established to help technologies and early-stage companies flourish in Houston’s health care ecosystem and to advance the TMC’s commitment to health, education and research.

“We are delighted to be selected by the TMC Venture Fund for a significant investment from such a highly competitive group of companies, as it shows broad recognition from the Texas Medical Center institutions for the transformative nature of our next generation minimally invasive cardiac assist device technology,” said William Altman, president and CEO of CorInnova Inc. “The impact of the investment is high—the TMC Venture Fund investment alone will pay for our final large animal safety studies which will then qualify CorInnova to begin a first-in-human trial and allow CorInnova to raise a significant next venture round.”

“Intelligent Implants was founded in Europe,” said John Zellmer, co-founder and CEO of Intelligent Implants. “We moved most of our operations to Houston a little more than a year ago. Now, as a Houston-based company, we are excited to further integrate into this amazing ecosystem that TMC built around the life science and medical device industry. Receiving funding and support from TMC will aid and accelerate our efforts to help patients get better quicker after spinal fusion surgery and avoid devastating complications.”

The TMC Venture Fund accomplishes one of the key tenets of the Texas Medical Center’s strategic plan by transforming innovative ideas into tangible solutions for improving health. The fund provides monetary resources to young startups in the health care space with a nexus to Houston and the Texas Medical Center. These early, but critical-stage investments heighten companies’ chances of receiving additional funding and long-term success.

“CorInnova and Intelligent Implants have each made tremendous strides since entering the doors at TMC Innovation,” said Erik Halvorsen, director of the TMC Innovation Institute, which unites promising innovators with the best minds in academia, science and medicine. “Working closely with both of them in various capacities, I have gained an intimate knowledge of the capabilities that these companies possess that will enable them to improve patient health and ultimately save an innumerable amount of lives. Both are deserving Venture Fund recipients to the utmost degree.”