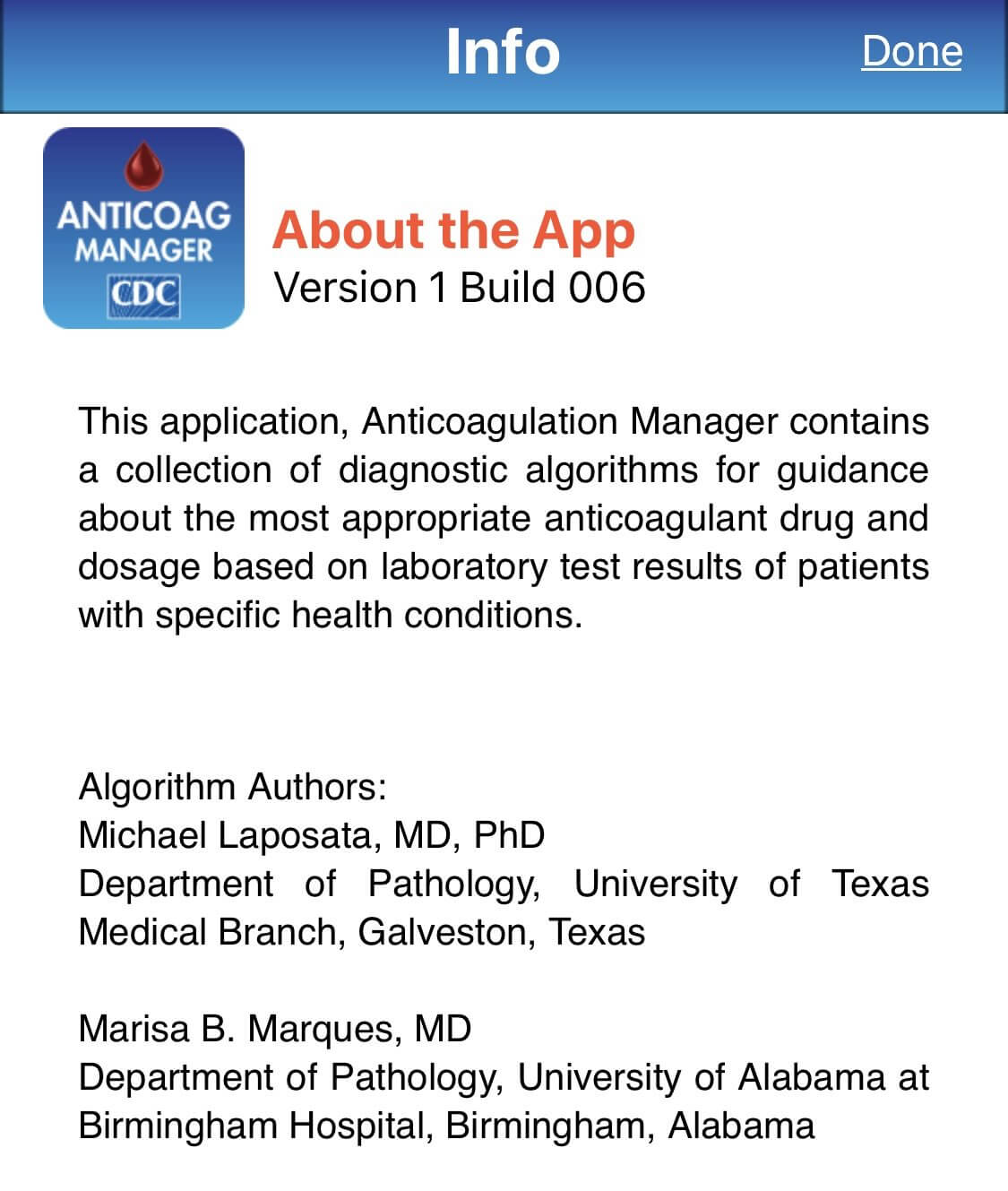 GALVESTON, Texas – Inspiration can strike at the most unusual and unexpected places.

A family vacation 14 years ago that didn’t quite start out right eventually led to an app that will help physicians properly treat patients who have a blood clot.

Dr. Michael Laposata, chairman of the pathology department at the University of Texas Medical Branch at Galveston, recounted a sequence of events during that vacation to Cape Cod that led to an app that has just been released.

It was 2004 when he and his family found themselves in a small, one-bedroom condo that just didn’t have enough space for five people.

That evening, with three young children in the bedroom, Laposata sat on the sofa and his mind suddenly kicked in a different direction – he started thinking how he could help millions of people who are affected by blood clots.

“I started working on algorithms, thinking how we could help others; how to determine which anticoagulants should be used and when,” Laposata said. “I previously had drawn up many algorithms to help doctors pick the right lab test. Why not an algorithm to pick the right blood thinner?” He worked into the night, drawing up algorithms, placing them on the floor of the small condo.

Today, he proudly demonstrates the Anticoagulation Manager app on his phone that will help health care providers determine the proper medication and dose of anticoagulant drugs.

Laposata worked with Dr. Marisa B. Marques, a pathology professor at the University of Alabama at Birmingham, to develop the free app. The app was produced by staff at the Centers for Disease Control and Prevention and the Georgia Institute of Technology, using medical decision-making strategies developed by Drs. Laposata and Marques.

Blood clots affect nearly a million Americans each year, according to CDC, and determining the correct type and dosage of an anticoagulant to treat them can be challenging.

The app provides users various patient scenarios that include a patient’s condition, age, medications used and other ailments. The app then provides the user with the most appropriate blood thinner and dosage from among the many blood thinners available.

The app runs on Apple products and can be downloaded free from iTunes, here.Visit the CDC’s websitefor more information about CLIHC and the app.