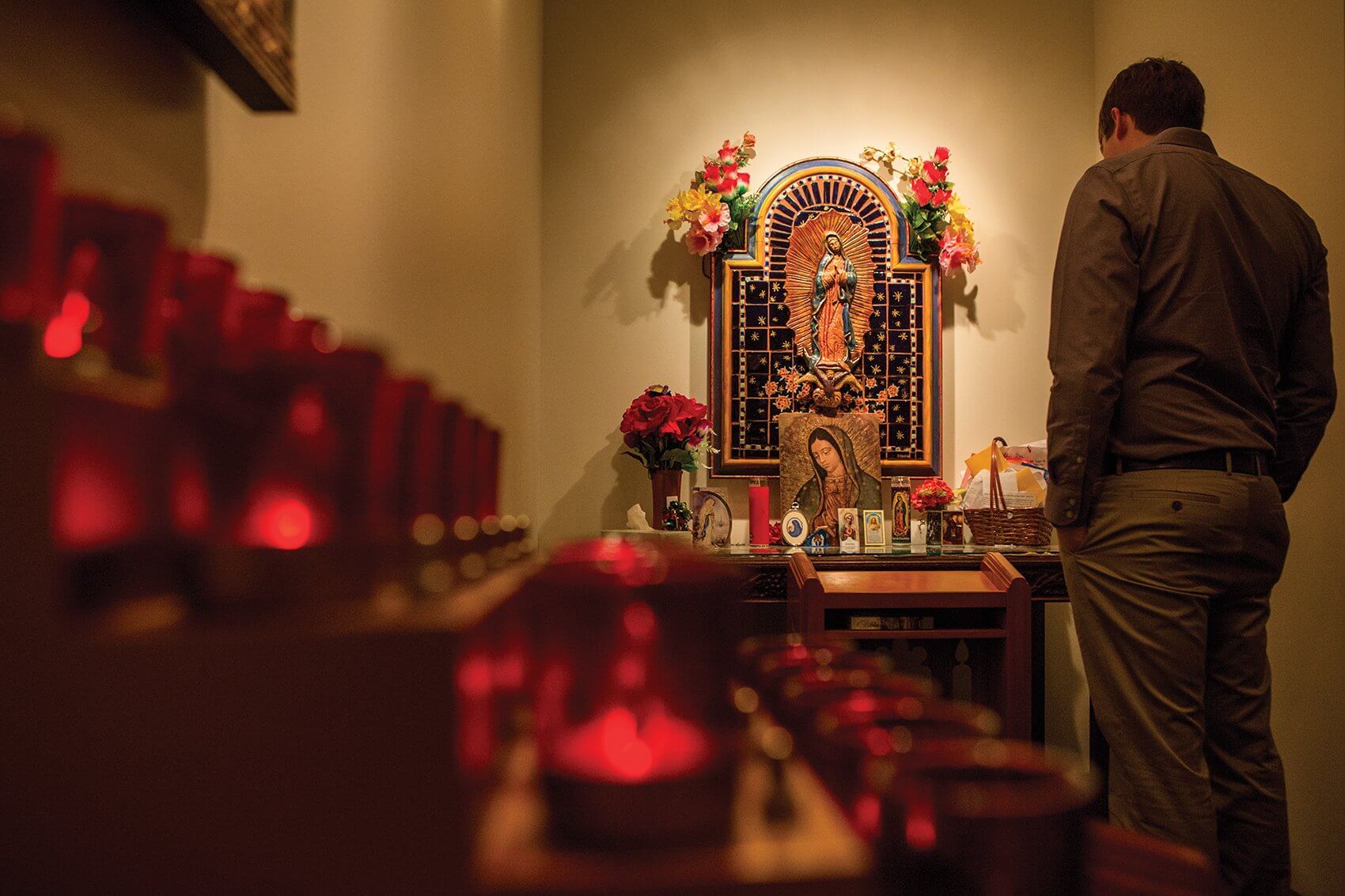 Physicians, chaplains and scholars traveled from around the world to Houston in March for the fifth annual Conference on Medicine and Religion, hosted by the Institute for Spirituality and Health.

The conference was founded by Farr Curlin, M.D., Michael Balboni, Ph.D., and Daniel Sulmasy, M.D., in 2012, in an effort to provide a deeper understanding of how religion relates to the practice of medicine. Today, 29 members from around the country make up the advisory board that plans the conference.

“About a decade ago, colleagues and I surveyed U.S. physicians from all specialties and we found, against the conventional wisdom, that physicians are not so much less religious than their patients,” Curlin said. “Our goal for the conference is to build bridges between medicine and religion.”

The conference was brought to Houston at the urging of John Graham, M.D., in 2012 president and CEO of the Institute for Spirituality and Health.

“The conference had traditionally been held up north in Chicago and Boston,” Graham said. “By bringing the conference to Houston we were able to open it up to a whole new group of people and show everyone what a remarkable place the Texas Medical Center is.”

Wendy Cadge, Ph.D., author of “Paging God: Religion in the Halls of Medicine,” guided a tour of chapels in the Texas Medical Center for conference attendees.

“When I was writing my book, ‘Paging God,’ I toured 17 hospitals and their chapels and I found a very clear continuum: Hospitals are moving away from tradition-specific spaces to those that are nondenominational, where there is an emphasis on flowing water, light and nature,” Cadge said.

The group toured Texas Children’s Hospital, CHI-St. Luke’s Hospital, The University of Texas MD Anderson Cancer Center and Houston Methodist Hospital to see their chapels and prayer rooms. Beginning at the far end of the continuum, as Cadge describes it, Houston Methodist’s chapel is reminiscent of a Catholic or Protestant church with stained glass windows and Christian symbolism. The hospital also has a traditional Muslim prayer room and a spiritual garden.

“One of the most interesting things about our chapel and prayer room is that they are used predominantly by our staff,” said Robert Kidd, director of chaplaincy at Houston Methodist. “If you were to come here on any given day, you would see surgeons, physicians, nurses and other staff members coming into the chapel and the prayer room to pray for their patients.”

Of course, time in the chapel is a welcome reprieve for patients and their families as well.

“Our chapel, prayer room and meditative spaces provide comfort to our patients in their time of need,” Kidd added. “We also have a baptismal font to perform baptisms and we have even done a few weddings here in the chapel for the patients.”

Throughout the weekend, conference attendees participated in workshops, panel discussions and lectures about spirituality in the medical field.

“Throughout my career, I have been exploring the relationship between religion and science,” Ecklund said. “The majority of scientists see science and religion as independent but, under certain circumstances, collaborative; in certain religious communities, I have found that science is equal to medicine and they believe medicine is a gift from God.”

After working for over a year on the conference, the Institute for Spirituality and Health could not be happier with the turnout. The conference brought together medical professionals and scholars from widely different backgrounds and cultures to share experiences, and they walked away with new techniques for bridging the gap between medicine and religion.

“It was a labor of love and we are so honored to have hosted the conference here in Houston,” Graham said. “I have received so much positive feedback about the weekend and I know everyone left with a smile on their face.”