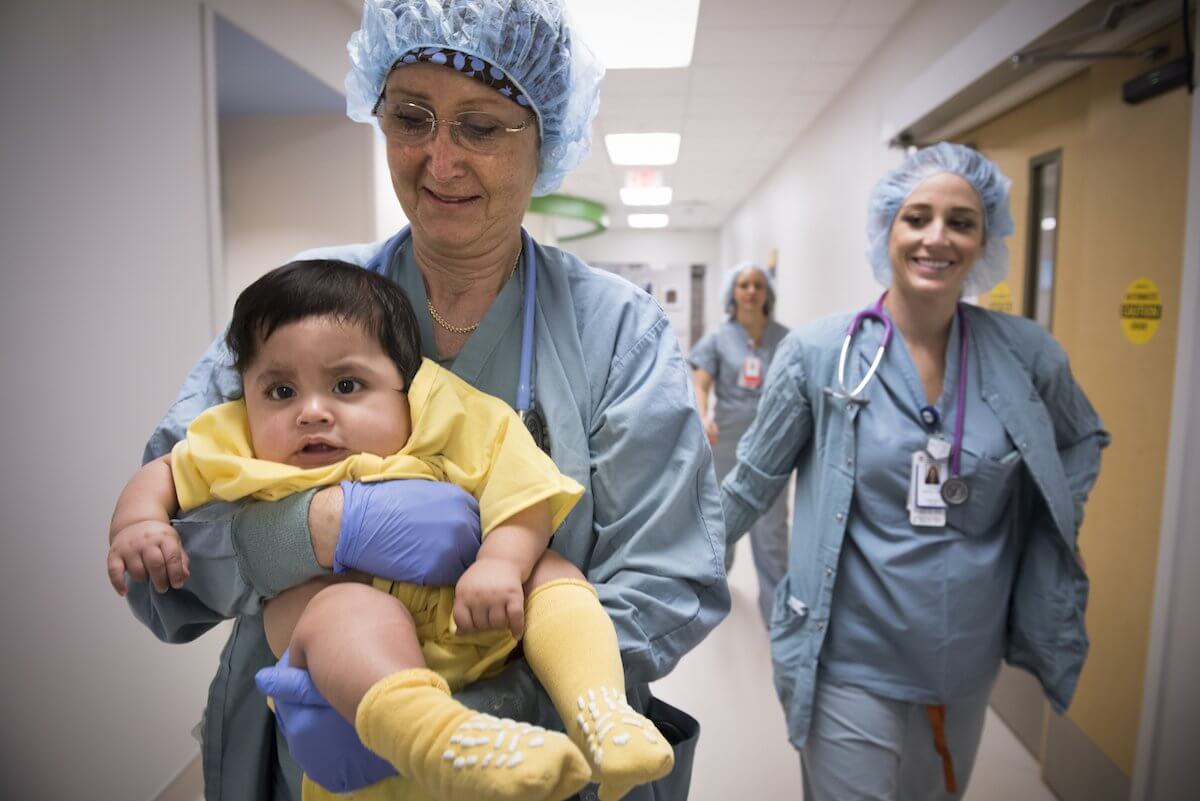 On May 23, a significant milestone was reached in Texas Children’s Hospital’s storied history. At 7:15 a.m., a 9-month-old boy was taken back to a new, state-of-the-art operating room for the first surgery in Legacy Tower, Texas Children’s new home for heart, intensive care and surgery.

“As the largest and busiest department of surgery in the country, we are called upon every day to perform some of the most complex surgeries on the sickest of children,” said Hollier. “Legacy Tower is an answer to those calls, and this is the first of many positive outcomes in our new home.”

Phase one of Legacy Tower, Texas Children’s 640,000-square-foot expansion, officially opened the previous day with six technologically-advanced operating rooms for neurosurgery, orthopedics, plastic surgery, transplant and pediatric surgery – one with intraoperative MRI – and 84 ICU beds, including dedicated surgical, neurological and transitional ICU rooms. This milestone will help Texas Children’s continue to provide the highest-quality care possible to patients and families, particularly those children who are critically-ill.

Beginning at 7 a.m. on May 22, seven specially-trained clinical teams safely transported 45 critically-ill patients to their new, spacious, state-of-the-art critical care rooms. More than 150 Texas Children’s staff members were involved in the move, and the careful transfer of the patients took seven hours.

The second phase of Legacy Tower will open in September and house Texas Children’s Heart Center®, ranked #1 in the nation by U.S. News & World Report for cardiology and heart surgery.