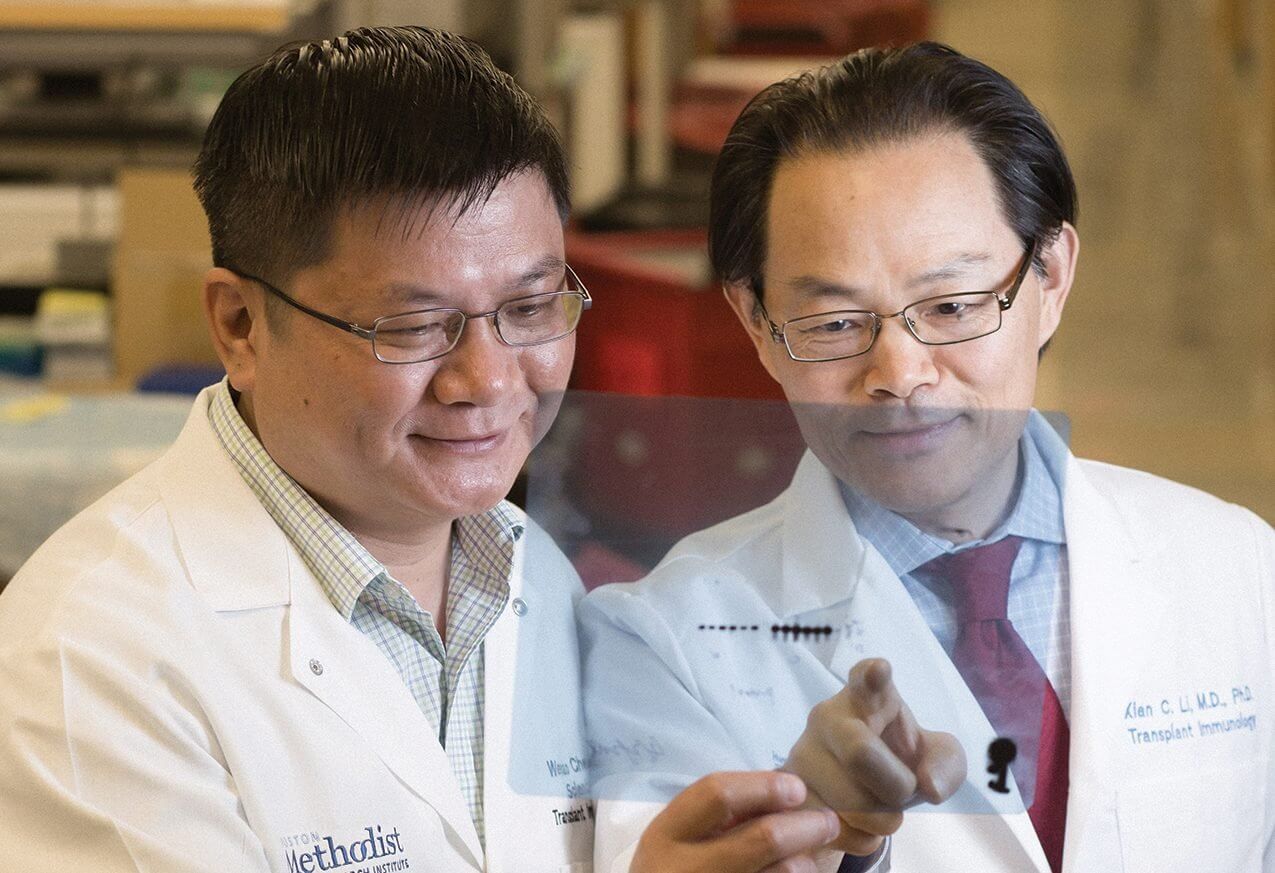 T-cells are a type of white blood cell that play a central role in protecting the body from infection and transplant rejection.

Wenhao Chen, M.D., Ph.D., a scientist in the Immunobiology and Transplant Science Center at the Houston Methodist Research Institute, has been investigating T-cell biology for the past 20 years.

Recently, he and colleagues from Houston Methodist and Union Hospital at Huazhong University of Science and Technology in China identified the molecules in T-cells that control function and found a way to target them to help treat infection and disease.

“T-cells are important, so if you know the basic biology—how they are activated and how they function in different models—you can begin to solve those issues,” Chen said.

T-cells are different from other cells in that they want to protect the body, Chen explained. Because T-cells are antigen-specific, not all will respond to a particular toxic or foreign substance. Yet a very small number of T-cells will recognize a foreign substance, can be activated and expanded in just days to respond to it.

That could provide a new treatment option for organ transplant acceptance. The current therapy is medication that targets non-selective pathways to T-cells as well as other body cells. Long-term transplant survival is limited by the side effects of this medication.

Related: Lungs in a Box

By systematically deleting different molecules in T-cells, Chen’s team was able to determine which ones were necessary for the T-cells to function.

The researchers also were able to identify what Chen called the “master regulator” of T-cell function—a critical switch that controls T-cell function and dysfunction—and a pathway to target those actions.

The function controlling gene expression in T-cells is the transcription factor or messaging system called interferon regulatory factor 4, or IRF4—which is usually only found in the immune system and not expressed in other cells.

Chen said IRF4, which is only activated with the TCR signals, is what needs to be targeted to solve the problem of transplant rejection or autoimmunity issues.

The advantage of this new method, versus the current drug therapy, is that it targets only active T-cells that were already exposed to antigens, leaving naïve T-cells—those that have never seen antigens and produce no or little IRF4—alone.

The team found that by inhibiting IRF4 expression for 30 days, the typical timeframe required for transplant patients to remain infection-free, the T-cells became irreversibly dysfunctional and did not try to attack the transplanted organ. In practice, this could mean prolonging a patient’s ability to tolerate a life-saving implant.

The team’s findings were published in the Dec. 19 issue of Immunity, a medical journal. The researchers proved the principle that inhibiting IRF4 expression is possible by identifying the signal pathways that induce the IRF4 in T-cells.

“This will be huge because it isn’t just one response that you can control,” Chen said. “I was surprised that one molecule knocked out in T-cells could, 100 percent, prevent their function. Why IRF4 is the only molecule that I have found so far that can make the functional gene switch is what we still have to figure out.”