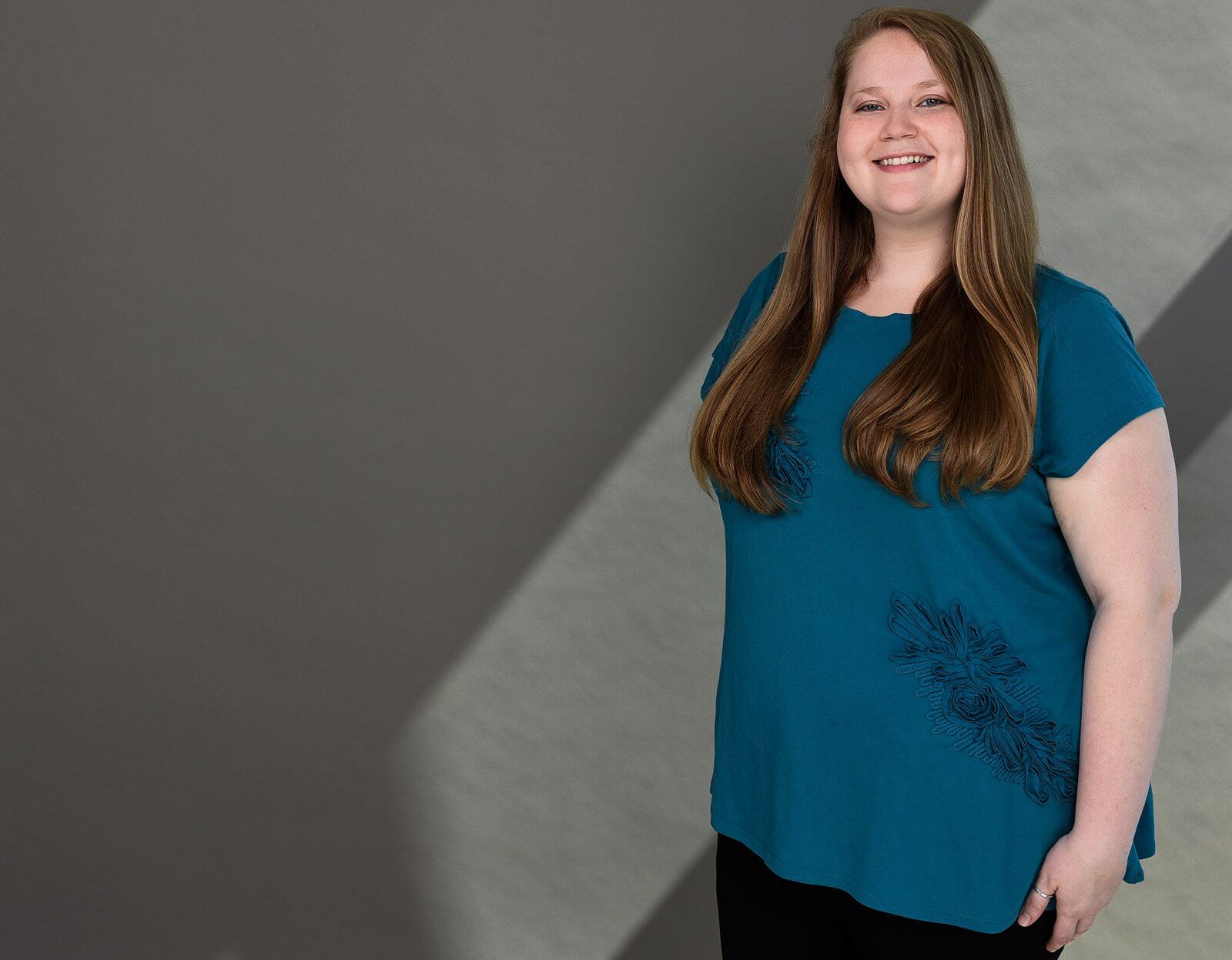 Marissa Rotenberry was nearly 120 miles away in East Texas at college when she suffered a horrific car accident. The local hospital in Nacogdoches was ill-equipped to care for her severe trauma, so she was immediately transported to Harris Health System’s Ben Taub Hospital—closer, it turns out, to her family home in Huffman.

The Stephen F. Austin State University graduate student suffered significant injuries to her right arm, a lacerated liver, a collapsed lung, several fractured discs and internal chest degloving (the complete tearing of skin from its underlying tissue and blood supply—similar to the process of removing a glove).

Surgeons couldn’t save her arm because of the extensive damage to skin, muscle and bone. Their only option was to amputate.

Nearly eight months since her accident, Rotenberry is back on her feet and recently graduated with a master’s degree from SFA. She and her family will join other trauma survivors—some suffering from motor vehicle accidents, work-related injuries and incidents of violent crime—on May 22 at Harris Health’s Trauma Survivors Celebration. The event reunites doctors, nurses, rehabilitation staff and first-responders with survivors who were treated in the system’s Ginni and Richard Mithoff (Level 1) Trauma Center of Ben Taub Hospital or the Level 3 Trauma Center at Harris Health’s Lyndon B. Johnson Hospital.

Rotenberry, 24, was hospitalized for 34 days and recalls her pain was unbearable at times, particularly dealing with her phantom limb, the degloving and the chest tube in her lung. She underwent more than 15 surgeries including several around her amputated arm.

“At first, as I was in and out of consciousness, I thought my arm was there,” she recalls. “It felt like my hand was on a hot stove. I’m a talker, but I couldn’t talk, so I panicked. Thanks to my family and friends, I was surrounded by love and support. People, games and music helped me handle the pain.”

A portion of her hospitalization occurred during Hurricane Harvey’s strike on Houston in August. She recalls building a special bond with staff members who took care of her through the storm.

“The nurses and doctors were amazing, so nice, so caring,” she says. “We became very close.”

Returning to school was difficult. Because she was right-handed, she’s learning to write with her left hand. She relies heavily on touch-screen computers.

“I don’t need an arm for statistics (the focus of her master’s degree),” she says. “I need my brain.”

Regaining her independence without an arm has been challenging.

“It would have been easy to give up, but I never want to lose sight of my goals,” she says. “Having an arm or not having it doesn’t make me who I am. Trauma doesn’t define me.”