Sean Astin, son of Patty Duke, talks about his mother’s pioneering role as a mental health advocate during Menninger luncheon

Sean Astin, son of Patty Duke, talks about his mother’s pioneering role as a mental health advocate during Menninger luncheon 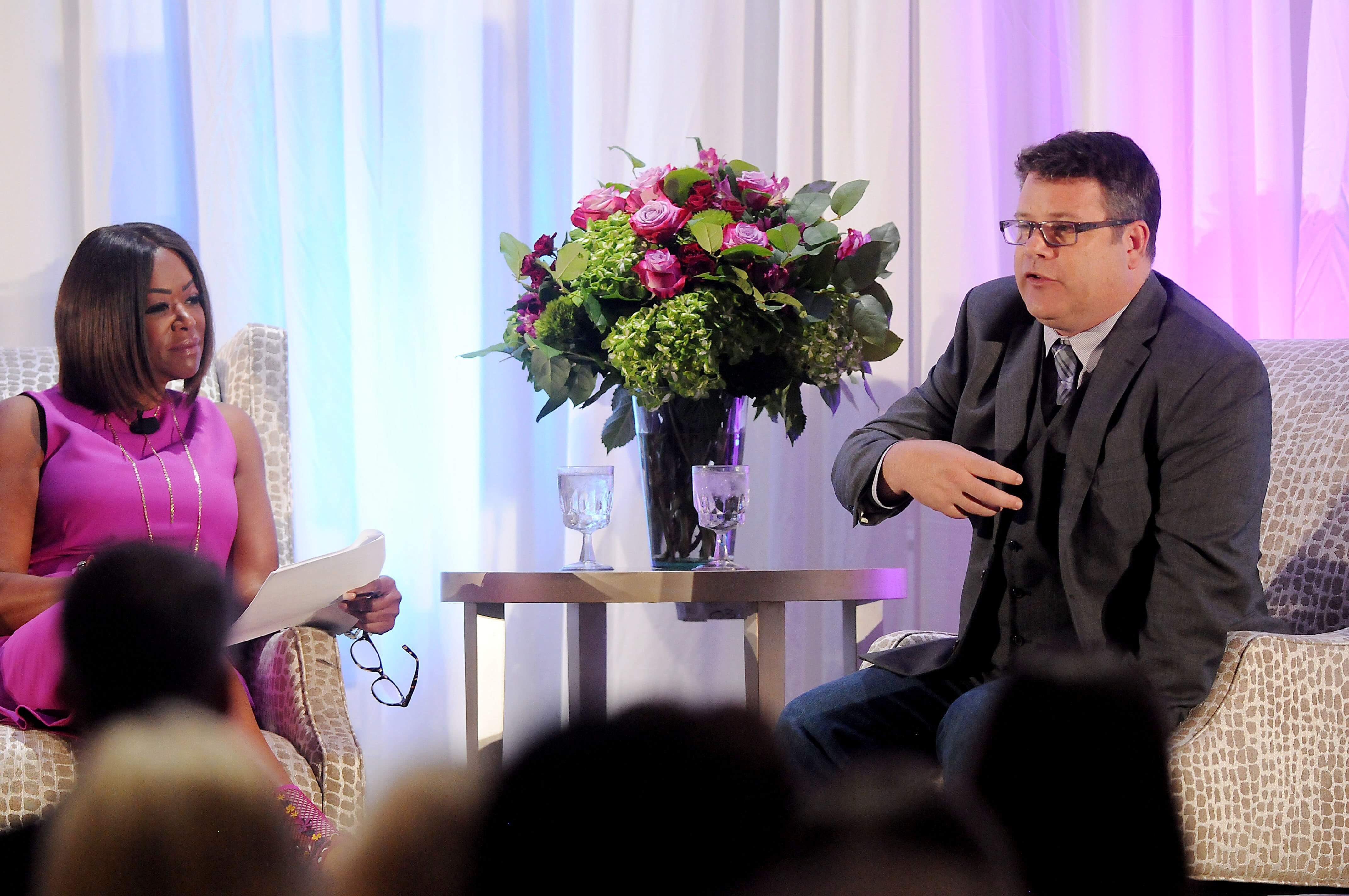 Sean Astin, a prolific actor who appeared in the Netflix series Stranger Things and starred in films including The Lord of the Rings, Rudy and The Goonies, spoke at The Menninger Clinic’s annual luncheon about life with his bipolar mother, iconic actress Patty Duke.

The 47-year-old recalled how his “luminescent” and “fearless” parent battled mental illness throughout a distinguished career that included an Academy Award for best supporting actress at 16 for her portrayal of Helen Keller in the 1962 film The Miracle Worker and television stardom playing identical cousins on her own popular program, The Patty Duke Show.

But life at home with Patty Duke could be volatile, said Astin, her eldest son.

As a boy, art imitated life in Astin’s first acting role—a 1981 TV movie called Please Don’t Hit Me, Mom—in which the real-life parent-and-child played a similar duo. In one scene, the mother had to beat the son. When the cameras started rolling, Astin had a strange reaction.

“It was awkward and uncomfortable because it was very familiar. … I start laughing that nervous kind of laughter,” Astin told event moderator Deborah Duncan, host of Great Day Houston on KHOU-TV. “The director had this panicked look and my mom said: ‘Just give me a minute.’ And we went outside and she looked at me and she said: ‘I took a chance on you. This is my professional career.’”

As Astin became emotional, his mother rushed him back to the set to finish the scene.

“I’m crying and finally they said ‘cut’ and the director looks so happy and she’s like: ‘Honey, that’s acting!’”

The audience at The Westin Galleria Hotel roared with laughter before Astin added some sobering context.

“We didn’t have a vocabulary for what we were experiencing at home. It was way before she was diagnosed,” he said.

After her bipolar disorder diagnosis in 1982, Duke became a pioneering mental health advocate who spoke openly about her manic depression. The legendary actress, whose television, film and stage career exceeded five decades, died in 2016 at age 69.

Duke’s diagnosis gave her “a reputational get-out-of-jail-free card,” because she could finally connect her erratic behavior with a medical condition, her son explained.

“And she became, because she was extremely famous, this champion for mental health issues,” said Astin, who is also a director, voice artist and producer. “She knew that her salvation [was] in disclosing to people her own pain and suffering.”

The May 3 luncheon included remarks from Menninger Clinic Board of Directors Chair Jeff Paine, as well as Menninger Interim President and CEO Tony Gaglio.

Former patient Debi Strong spoke about her treatment at Menninger following a suicide attempt. After her inpatient stay six years ago, she founded a support group for people battling depression who have tried to take their lives.

“Recovery is a lifelong process. There is no cure at this point for depression,” Strong said. “Although I struggled at times since being discharged, I have not had a major depressive episode since leaving Menninger—and that, to me, is a miracle.”

The Menninger Clinic is a Texas Medical Center member institution and is ranked among the nation’s top three psychiatric hospitals, according to U.S. News and World Report.