Postpartum Depression Prior to Giving Birth

Some patients are affected while pregnant

Postpartum Depression Prior to Giving Birth 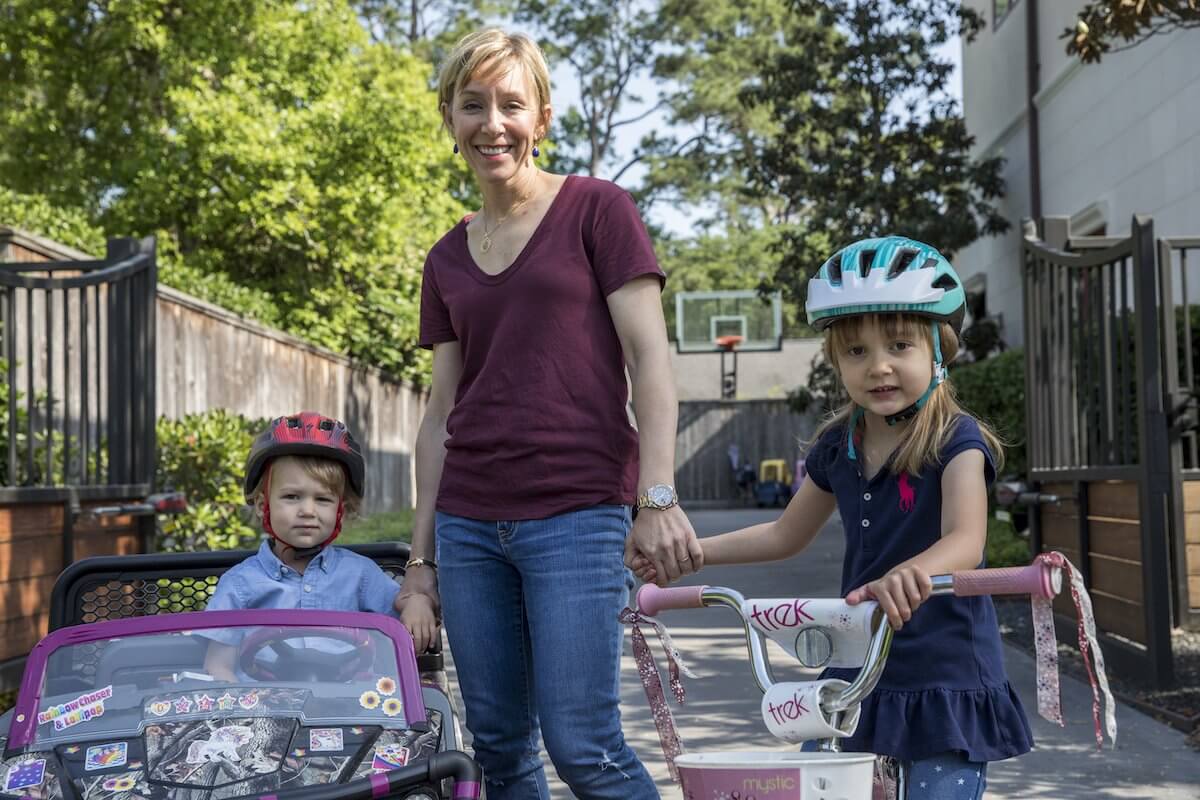 When Christine Sherman learned she was pregnant with her first child, she and her husband were over the moon with excitement.

But her joy didn’t last long. A crushing sadness hit the expectant mother, then 36, just seven weeks into her first trimester.

“I went from feeling normal and fine to almost an instant depression,” Sherman said. “I was very scared and anxious. I had a hard time getting out of bed and I was very worried about what was happening to me. I had no appetite and began losing weight like crazy.”

Friends and medical professionals told Sherman it was way too early in her pregnancy to be having these issues.

“I kept thinking, ‘I can’t be the only woman this has ever happened to,’” Sherman said. “I literally could not find a doctor that would treat me. … I had been to multiple doctors. Multiple psychiatrists. I even had two tell me to terminate my pregnancy to save my life.”

After five weeks of discouraging appointments with specialists, Sherman and her husband finally met with Lucy J. Puryear, M.D., medical director of The Women’s Place— Center for Reproductive Psychiatry at Texas Children’s Hospital.

That’s when her symptoms were diagnosed as postpartum depression.

Not just the baby blues

Postpartum depression, as its name suggests, is typically experienced by mothers after the birth of a child. But the condition can manifest during pregnancy.

“One of the reasons we start screening during pregnancy is that some of the data shows postpartum depression can start in the third trimester of pregnancy,” Puryear said. “If women are starting to have symptoms before they deliver—if we can intervene before the baby gets here—then maybe we can stop it from occurring or being as bad.”

“She didn’t look at me like I was crazy or say that I was making it up in my head,” Sherman recalled. “We sat on her couch and I remember she looked at me and said: ‘I’m going to get you better and you’re going to be OK.’”

According to the U.S. Centers for Disease Control and Prevention, as many as 1 in 5 new mothers experience postpartum depression.

“We call it postpartum depression, but really, it can be many different types of mental health symptoms, like anxiety—women feeling overly anxious, not able to sleep, because they are checking on the baby every 10 minutes,” Puryear said. “They are worried that something awful is about to happen to them or the baby, up to the point of having panic attacks.”

Sleep deprivation, a common situation for new parents, can trigger depression and anxiety. With the physical and lifestyle changes a new mother experiences, in addition to the steep drop in hormone levels after delivery, nearly 80 percent of women with infants experience “baby blues”—a very different phenomenon than postpartum depression.

“Baby blues” usually subside within a couple of weeks after giving birth, but some new mothers do not recover from the emotional slump and experience postpartum depression.

“It’s supposed to be fun—and a lot of it is fun—but it’s also overwhelming,” Puryear said of welcoming a new baby. “As each week goes by, it’s supposed to get easier because you kind of figure out what is going on, you develop a little rhythm and the baby starts to make a little more sense. But for moms with postpartum depression, it just continues to feel overwhelming.”

Once a woman comes to Puryear for help, treatment can begin.

“By the time they end up seeing someone, they are feeling pretty badly,” Puryear said. “I think the desire to not have something wrong—you’ve just had a baby and you’re supposed to be excited and everyone else is excited—you just keep hoping that it is going to get better.”

At The Women’s Place, a patient visits with a psychiatrist who will determine if medication is needed. A new mother also is referred to a therapist for support.

Puryear explained that lots of different therapies work well for postpartum depression symptoms. Sometimes, talking to someone about how to get the baby to sleep better or how to manage the relationship with a spouse yields positive results.

“For moms with anxiety disorders, there is cognitive behavioral therapy that teaches you how to do what a mom without anxiety can do,” Puryear said.

Sherman said taking medication during pregnancy made her nervous at first because she didn’t want to hurt the baby, but she was reassured by Puryear’s prediction that the postpartum depression symptoms would improve.

“That was hard for me because that is a long time to be feeling bad or like I can’t do this,” Sherman said. “It took a while for the medicine to turn me around.”

By her second pregnancy two years later, Sherman was fully prepared for another bout of depression if the symptoms returned.

“I had been off the medication for years at that point, but when it happened it was almost the same,” Sherman said. “It just wasn’t as scary because I knew what it was and I knew Dr. Puryear would help.”

Today, Sherman’s daughter, Dylan, is 5, and her son, Zachary, is 3. Sherman’s postpartum depression is safely in the past, though she still wonders what caused it.

Researchers are trying to find the answer. Although Puryear and others have been able to treat postpartum depression successfully and track its progression, its cause remains elusive.

“When you are pregnant, right from the beginning, your hormones just start rising and they keep rising throughout the entire pregnancy. They are at their highest of any time during a woman’s life,” Puryear said. “What happens immediately postpartum is all of those really high hormone levels fall. They don’t fall gradually. They rise gradually, but postpartum, they just fall off a cliff. There is something about that rapid drop in hormones that for some women triggers symptoms and nobody yet has quite figured out what is going on there.”

To help solve that mystery, Puryear has made it her mission to expand screening services throughout the Texas Children’s system by administering the Edinburgh Postnatal Depression Scale questionnaire to women at various stages of pregnancy and after delivery in multiple care settings.

“One of my goals was to make sure that all women who were seen by the obstetrics and gynecology practices in this hospital were screened for postpartum depression and then my second goal was to have the pediatrics practices screen,” Puryear said. “As of now, if you are seeing one of the OBs who practices in this hospital, you are screened at the first prenatal visit, again at 34 to 36 weeks, before delivery and then at six weeks postpartum. All of the pediatric clinics are screening at the first well child visit, usually around two weeks, and then again at two, four and six months.”

Although any pregnant woman can get postpartum depression, some women are at a higher risk than others.

“What is so surprising about it for women and their families is that in lots of instances it is just totally unexpected,” Puryear said. “If you have had any history of mental health issues, any previous episode of depression at any time in your life, if you have any stressors in your life, a difficult support system or come from a lower socioeconomic status, you are at a higher risk.”

Knowing your risk of postpartum depression and creating a plan for support after the birth of your child can help pregnant women and new mothers reduce its likelihood, Puryear explained.

“Our culture is so transient, so a lot of moms I see in Houston have no family here at all. They are isolated and I think that increases the risk for postpartum problems,” Puryear said. “Who is going to help and who is going to bring meals? Who is going to do laundry? Who will help with the other kids? It is called a postpartum plan.”

Just as expectant mothers should develop a birth plan that details who they want in the delivery room and whether or not they want an epidural, they should also devise a blueprint for postpartum depression—whether it hits during pregnancy or after.

“As soon as you leave the hospital and they put a baby in your arms and you go home, there is not a lot of support or help or reaching out going on unless you’ve set something up ahead of time,” Puryear said.