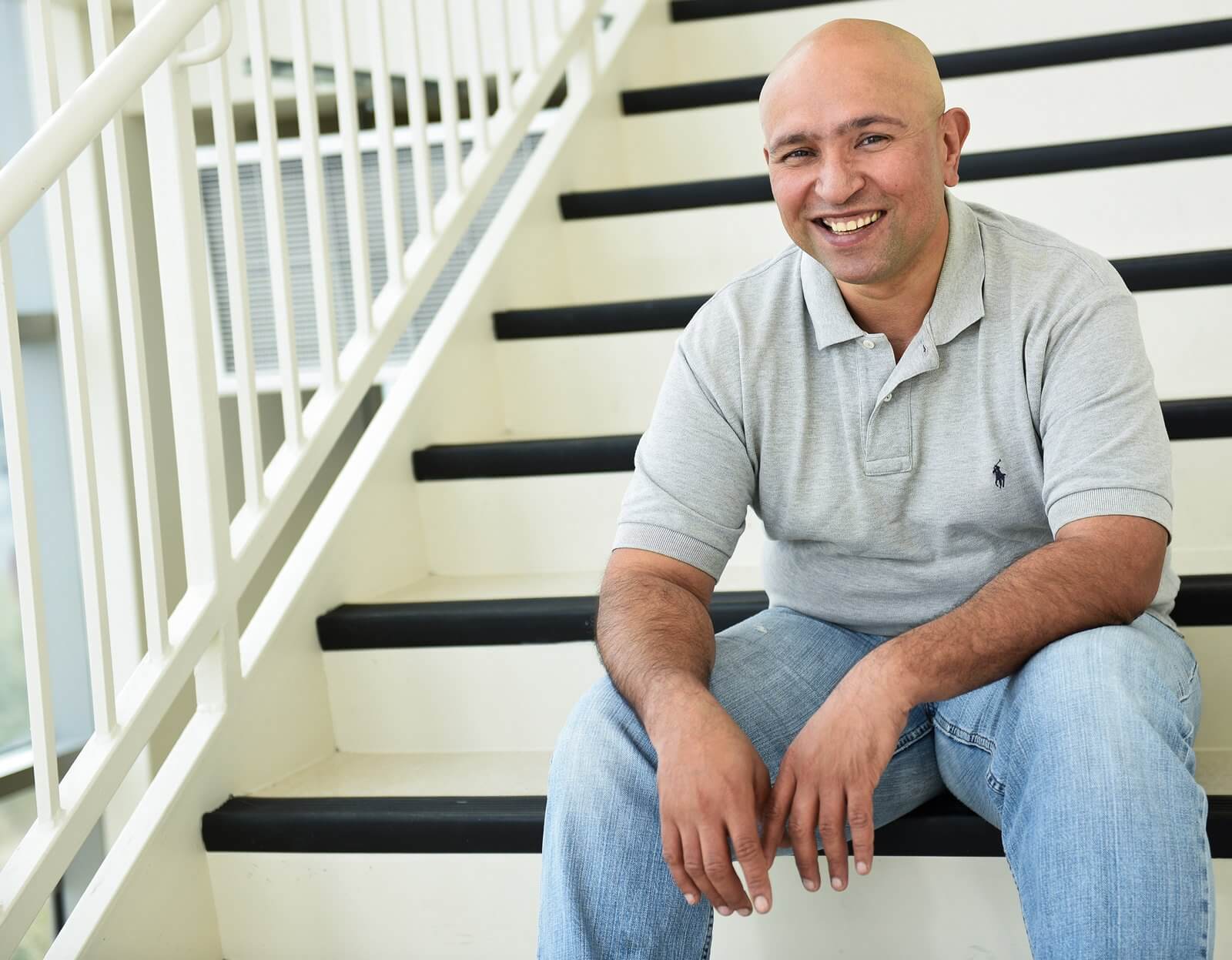 Amardeep Sandhu and his wife were traveling on the feeder road of Interstate 45 North when they were hit from behind. As he got out to look at the damage, another car hit him and threw him over his truck. He suffered life-threatening injuries, but fortunately his wife survived unscathed.

“I don’t recall being hit,” he says. “I just landed very hard on the road.”

Sandhu was immediately taken to Harris Health System’s Ben Taub Hospital suffering from both broken legs—a compound fracture in one—nine broken ribs, a punctured lung, a gash above his left eye and damage to his skull and vertebrae.

Sandhu and his family will join other trauma survivors—some suffering from motor vehicle accidents, work-related injuries and incidents of violent crime—on May 22 at Harris Health’s Trauma Survivors Celebration. The event reunites doctors, nurses, rehabilitation staff and first-responders with survivors who were treated in the system’s Ginni and Richard Mithoff (Level 1) Trauma Center at Ben Taub Hospital or the Level 3 Trauma Center at Lyndon B. Johnson Hospital.

Sandhu had three surgeries to repair his skull and both legs. He required a brace for his back, an external fixator for his right leg, a chest tube to drain his lung and an epidural for pain. He spent two weeks in the hospital and another two weeks receiving physical therapy at Quentin Mease Hospital, Harris Health’s dedicated rehabilitation facility.

“The nurses and doctors were so positive,” he remembers. “I needed that. I had lots of questions, and they answered them all.”

Sandhu is a long-time member of Alcoholics Anonymous, so it was important for him and staff to moderate any use of pain medication. AA has taught him a lot about how he wants to live his life. Material things, for instance, are of little importance to him. Sobriety and learning to communicate better are important, he says.

“I’m blessed to have survived this accident,” he adds. “At my first doctor’s appointment, I had to decide to let the doctor be in charge of my physical recovery. As far as getting back to normal, I’m finding a new normal.”

He credits his caregivers with giving him unfettered support. One in particular stood out—an evening nurse who convinced Sandhu he could move around more as part of his rehabilitation.

“He was my nurse for just one night, but he made things happen for me,” he says.

“I used to live in the past or future,” he says. “Since this accident, I live in the now.”

Sandhu exercises with a personal trainer, plays competitive pickle ball (a paddle sport with elements of badminton, tennis and table tennis) and hopes to participate in the BP MS-150 in 2019.