Death by Natural Causes at the Houston Museum of Natural Science

Death by Natural Causes at the Houston Museum of Natural Science 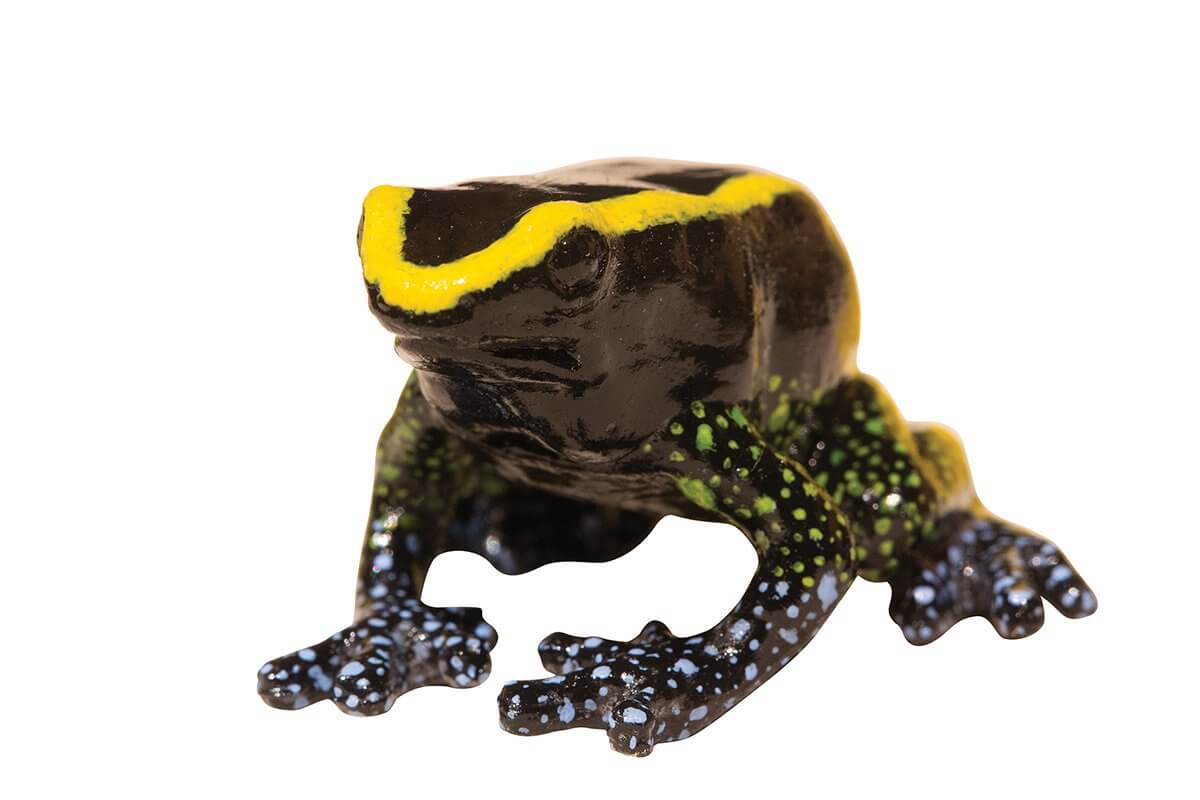 Snakes, paint, flowers, frogs, flies. Who knew there were so many ways to die?

Displayed in a charming Victorian setting,Death by Natural Causes, a new exhibit at the Houston Museum of Natural Science (HMNS), examines multiple ways people can perish.

Certain animals, vegetables and minerals can be deadly—directly or indirectly.

“We focused on things that knowingly cause human death,” said Nicole Temple, vice president of youth education at HMNS and curator of the exhibit. “It is kind of a dark topic, but we tried to make it educational and fun by adding in some jokes and gently correcting misinformation, while adding to knowledge that visitors already have.”

One part of the exhibit traces the evolution of human knowledge surrounding deadly minerals and chemicals. Another features toxic plants, including mushrooms, poison ivy and angel trumpets.

“There are a lot of beautiful plants that are toxic and there are so many varieties of mushrooms. A lot of the really dangerous mushrooms are very similar-looking to mushrooms that are not only harmless, but also delicious,” said Spencer Greene, M.D., medical advisor to the exhibit and local toxicologist. “If you are not an expert on foraging for mushrooms, you just shouldn’t do it.”

“The things in your neighborhood are the things you need to know about—snakes come to mind, and some of the arthropods [insects, spiders and crustaceans],” said Greene, who is director of toxicology at Baylor College of Medicine. “These deaths are really rare. To die from a snake bite in the United States is exceptionally uncommon; there are fewer than 10 deaths per year.”

In the Lone Star State, the snake to watch out for is the Texas coral snake.

“There are three kinds of coral snakes in the United States— Arizona, Texas and Florida,” Greene explained. “As you go West to East, the more dangerous they get. These snakes cause a lot of pain. … It’s kind of a neurologic and neuropathic pain when they envenomate you, but rarely do they do anything else.”

And there is an upside to these potentially deadly critters.

“Hopefully, visitors will realize all of the benefits of these venomous animals. As scary as they may be … they serve an important role in nature and in human health. Medicines are derived from some of the venom components,” Greene said.

As visitors wander through different galleries in the exhibit, soft piano music wafts from the speakers. Throughout, interactive features keep children and adults occupied, whether by swiping through the periodic table of elements or guessing a victim’s cause of death based on a series of clues.

“We wanted each gallery to have at least one interactive exhibit to keep visitors engaged,” Temple said. “The periodic table of elements shows visitors the basic elements you need to be alive, the things that you need to stay alive and then it shows you the problematic elements that can kill you. There are a lot of overlaps in these elements; it all depends on the dosage.”

Death by Natural Causes will be on display at the Houston Museum of Natural Science, 5555 Hermann Park Dr., through September 4. Information: 713-639-4629 or hmns.org.