Regaining a Sense of Smell

Regaining a Sense of Smell 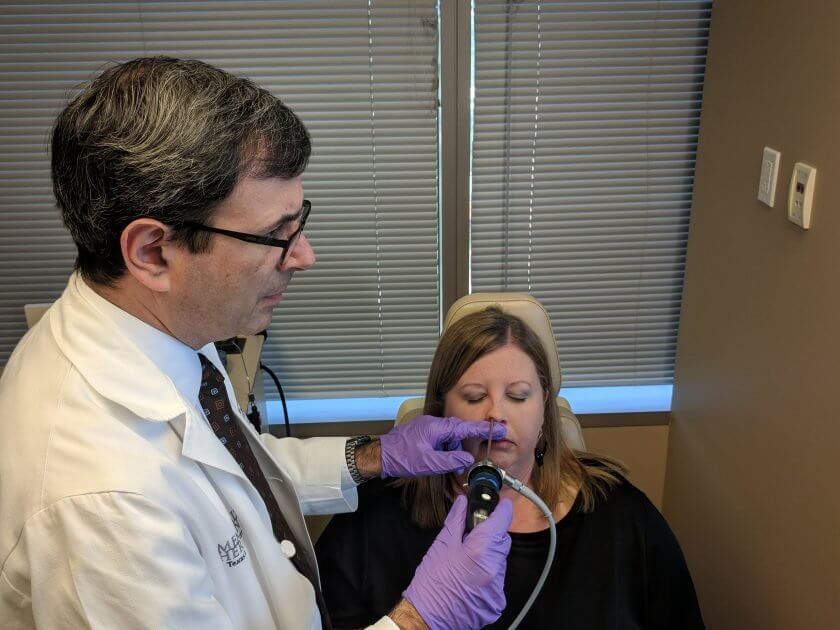 For the first time in several years, Carrie Owen can smell and taste.

Now, even the aroma of a skunk is lovely to her.

“I can’t tell you the last time I could smell and taste,” Owen said. “I’ve been testing it out on different things like peppermint essential oil, and even a skunk!”

She also had polyps inside of her nose that made breathing difficult. Nasal polyps are inflammatory growths along the lining of nose passages or sinuses that can cause congestion. 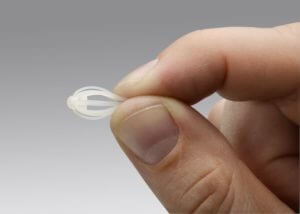 Owen had surgery more than a year ago to remove the polyps in hopes of opening up her nasal passages. That worked–for a while–until the growths returned.

Her physician presented her with two options: Have the surgery again, or see Martin Citardi, M.D., at The University of Texas Health Science Center at Houston for a second opinion.

Citardi, chair of the Department of Otorhinolaryngology–Head and Neck Surgery at McGovern Medical School at UTHealth and an attending physician at Memorial Hermann-Texas Medical Center, told her she was a candidate for the SINUVA Sinus Implant, a new approach to treating nasal polyp disease in adult patients who have had previous sinus surgery.

Statistics vary on the number of sinus surgeries performed in the U.S.—somewhere between 300,000 and 600,000 each year—but those numbers don’t account for repeat surgeries.

The SINUVA implant was approved by the U.S. Food and Drug Administration in 2017. In March, Owen had an implant placed into each nostril at Citardi’s UT Physicians Otorhinolaryngology clinic.

He said the implant delivers an anti-inflammatory steroid for 90 days and also helps reduce the size of polyps in the nose, which helps Owen’s nasal passages open up more.

When her smell and taste returned, she sought to eat her favorite foods: crawfish and King Cake.

“It was wonderful,” Owen said.

RELATED: Headaches You Can Set Your Clock To

The SINUVA implants—inserted without surgery—have proved to be a more effective option for Owen, and have resulted in an improvement in her everyday life.

In addition to being taken off some of her daily steroid and antibiotic prescriptions, her treatment routine is now as simple as flushing out her nose with a rinse. And, she no longer has the headaches.

“I was able to walk in and walk out with a better quality of life,” she added. “It was like having a bandage put on or a shot.”