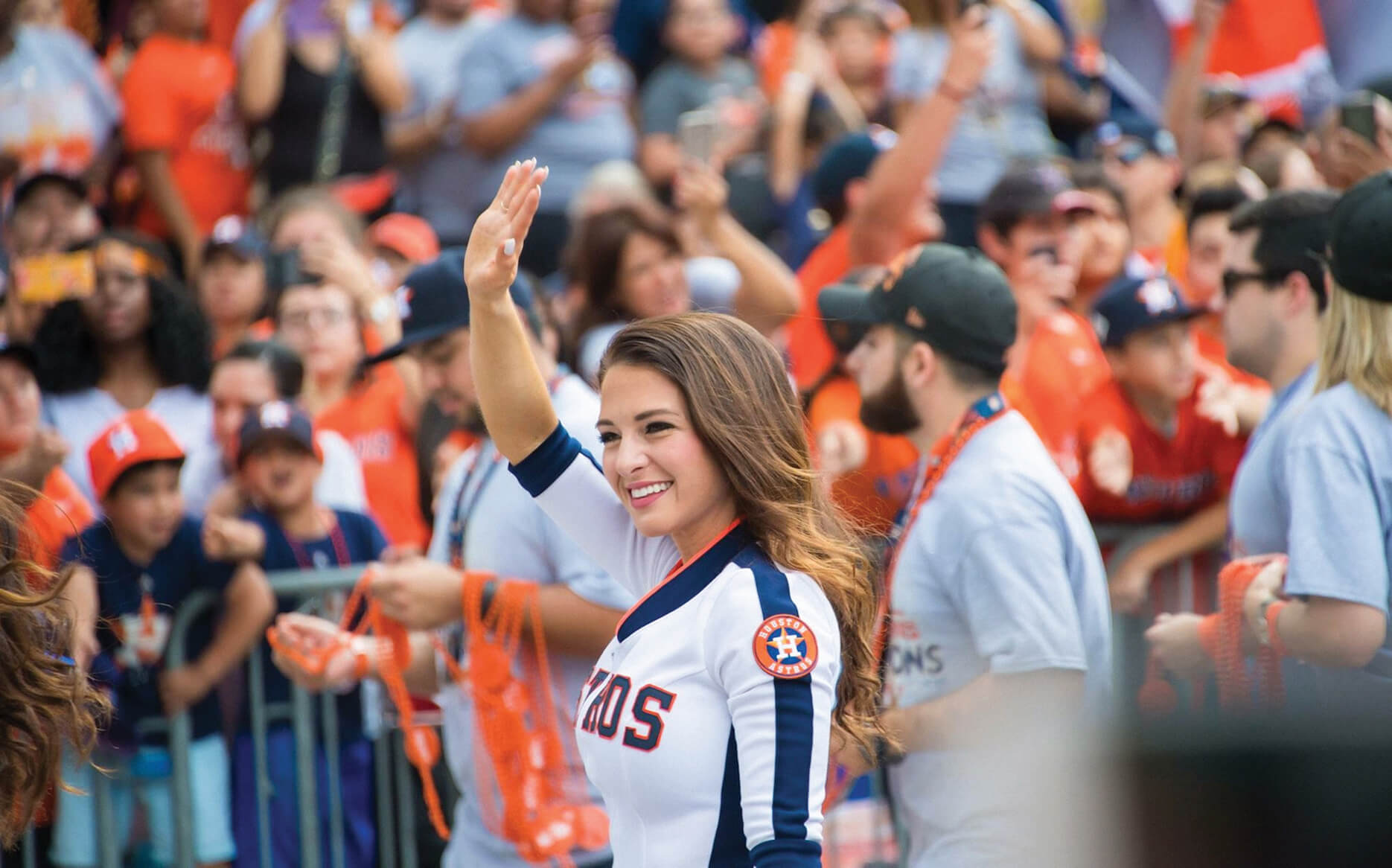 During the 2017 World Series, the Houston Astros became hometown heroes to a city that needed a win more than ever. Still recovering from the devastation left by Hurricane Harvey two months earlier, Houstonians rallied behind a team that distracted them from their grief and gave the nation one more reason to respect the mantra that grew out of the city’s post-Harvey resilience: Houston Strong.

Shelby Garza, a registered nurse at Ben Taub Hospital’s trauma intensive care unit, cheered alongside thousands of spectators during the World Series home games at Minute Maid Park not just as a fan, but as a cheerleader for the Astros’ Shooting Stars.

“To be around that atmosphere while the Astros are winning their first title ever, and to have these fans who have been fans for the last 50 years come out and show that passion for the team, is crazy,” the 25-year-old Pearland native said. “I’ll remember that for the rest of my life.”

Garza began training in gymnastics and dance at age 3, which laid the foundation for her love of cheerleading. Because of her petite frame, she quickly excelled in tumbling, jumping and flying through the air to execute a variety of cheerleading stunts. She cheered competitively from elementary school through 11th grade and continued for three years at Stephen F. Austin State University, where she majored in nursing and minored in sign language.

During college, Garza also took care of her cancer-stricken grandmother. Although her grandmother ultimately lost her battle with cancer, Garza remembers the gratifying feeling of being at her bedside as a caretaker.

“It all made perfect sense to me to go into nursing,” Garza said. “I never thought of pursuing anything else.” 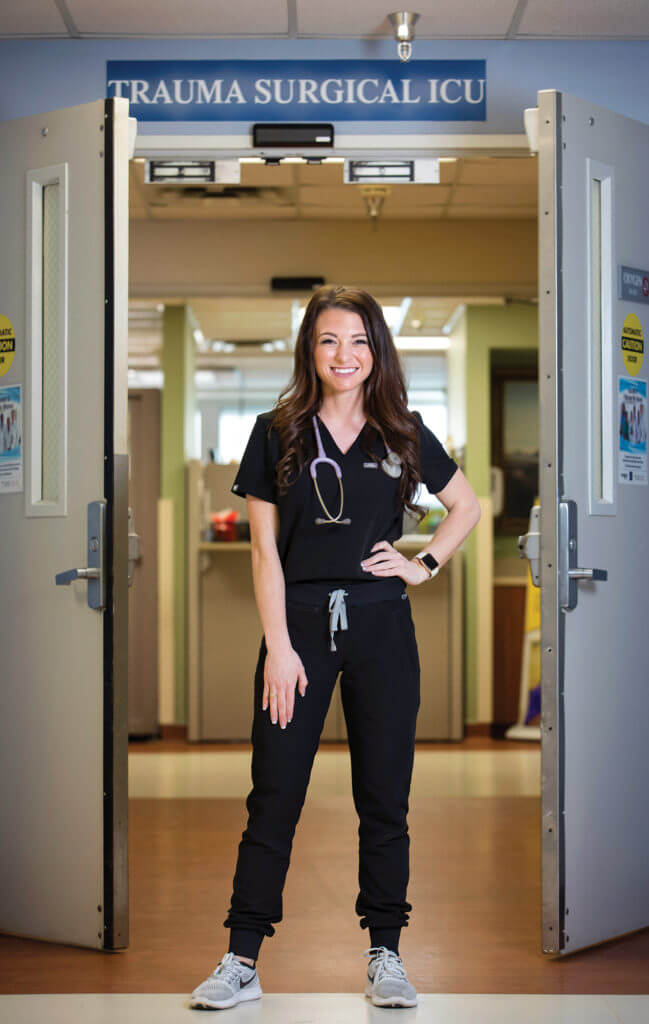 Shelby Garza, RN, poses in front of the Trauma Surgical ICU at Ben Taub Hospital, where she works as a trauma nurse.

Inspired by her mother, who has worked in trauma services at Ben Taub for nearly 20 years, Garza decided to focus on treating patients suffering from traumatic injuries or illnesses. She joined the hospital’s trauma ICU team in 2015.

The trauma ICU is not for the faint of heart. Garza has treated people on the brink of death after being shot, stabbed or beaten. She has cared for people involved in vehicle accidents, as well as people who had jumped off buildings.

“Every story is unbelievable. Of course, we want to know the back side of them. ‘How did that happen? Why did they do that?’ But that’s not our job,” Garza said. “No matter what this person did—they could have been shot or could have went out, killed people and shot themselves—our job is to take care of them and keep them alive.”

Because of the high-stress nature of her job as a trauma nurse, Garza knew she needed to find an outlet beyond the hospital. She had seen the Shooting Stars cheerleaders during televised games and on social media, and in 2016 her mother convinced her to try out for the team. After a weekend-long audition, Garza was one of 20 women selected to join the squad.

As a member of the Shooting Stars, Garza entertained fans at home games—tossing souvenirs into the crowds, dancing on the dugouts and singing along to “Take Me Out to the Ball Game” and “Deep in the Heart of Texas” during the seventh-inning stretch.

“Our main responsibility was to go out, make someone’s day and make them feel like they were at home at Minute Maid,” Garza said.

Garza and her Shooting Stars team brought smiles and spirited energy to the Houston community off the field, as well, by volunteering at the Houston Food Bank and visiting with patients at local hospitals.

But as much as she enjoyed her two years as an Astros cheerleader, Garza has decided not to audition for a spot on the team this year. Instead, she will study for her upcoming critical care nursing certification exam and plans to try out for the Houston Texans cheer squad.

In the meantime, she’ll be rooting for the Astros as a devoted fan.