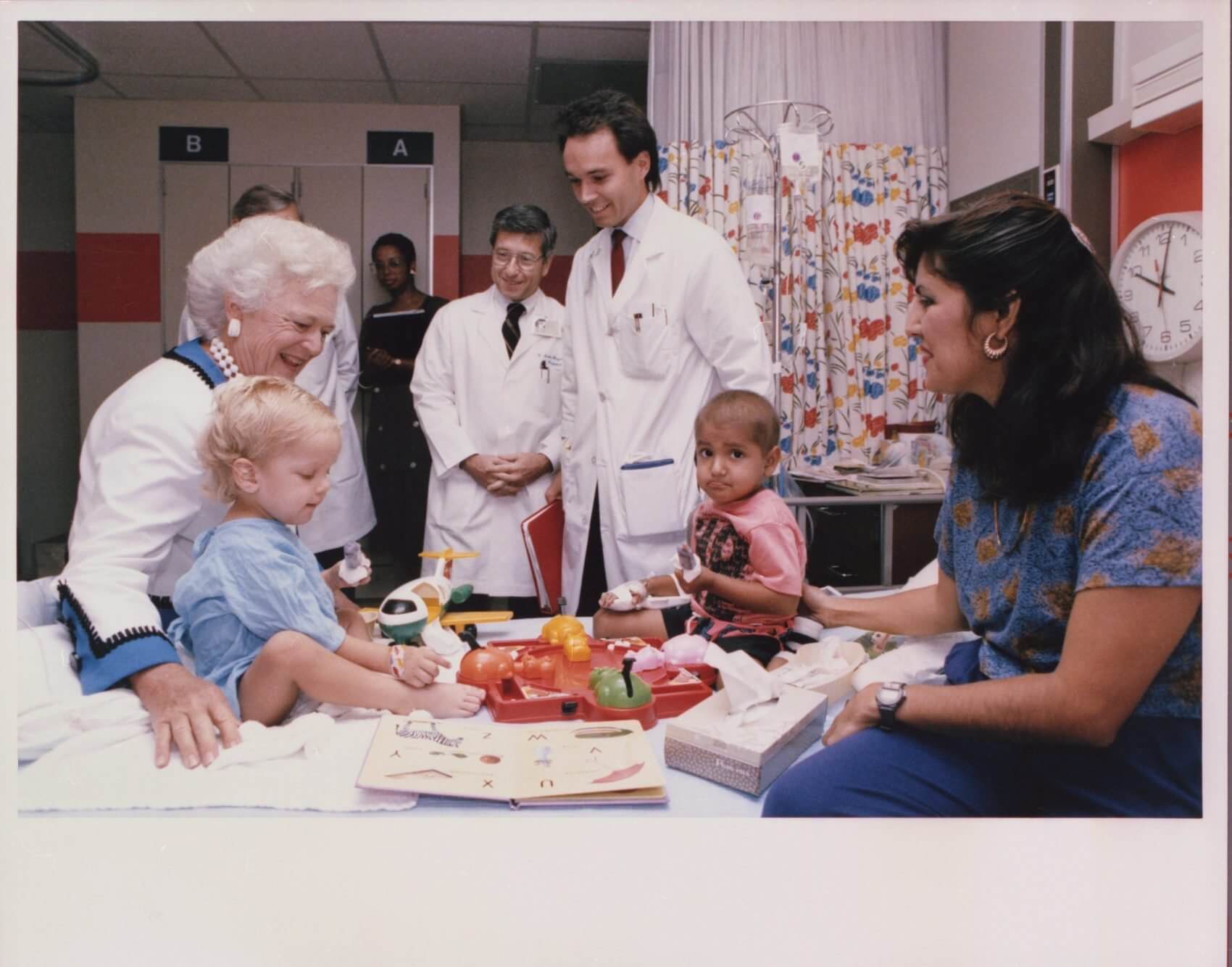 Former First Lady Barbara Pierce Bush, a citizen of Houston and the world, a champion of literacy and the wife and mother to United States presidents, died on Tuesday, April 17. She was 92.

Recently, Bush received medical treatment at Houston Methodist Hospital for chronic obstructive pulmonary disease and congestive heart failure. Her trips to the Texas Medical Center — a place she once described as “Houston’s gift to the world” — had grown more frequent over the past few years. But by Sunday, Bush had decided not to seek additional medical treatment, according to a statement from the office of her husband, 41st U.S. President George H.W. Bush. Instead, she spent her final days focused on comfort care and surrounded by family.

Barbara Bush is survived by her husband, her five children and their spouses, 17 grandchildren, seven great-grandchildren and her brother, Scott Pierce. Bush’s first child, George W. Bush, was the 43d U.S. president.

They got involved with The University of Texas MD Anderson Cancer Center in 1977 when they joined the institution’s volunteer advisory board. Eventually, they launched the George and Barbara Bush Endowment for Innovative Cancer Research, which “focuses on funding cancer research at the molecular and genetic level, as well as other innovative MD Anderson research endeavors,” according to MD Anderson’s website.

An 80th birthday celebration for George H.W. Bush in 2004 raised more than $50 million for the Bush Endowment.

A popular matriarch, dog lover and vocal first lady who was known for speaking her mind, Barbara Bush devoted the second half of her life to literacy. In 1989 she established the Barbara Bush Foundation for Family Literacy. Two years later, President George H.W. Bush signed the National Literacy Act, which has helped millions of adults read, write and earn high school diplomas.

For decades, Barbara Bush chaired and appeared at literacy events in Houston and around the country. She visited schools across the nation and hospitals in the Texas Medical Center, taking time to read to children and to speak out about the importance of literacy for all ages. George H.W. Bush is an ex-officio Texas Medical Center Board Member.

“We join the nation in mourning the loss of former First Lady Barbara Bush, who has made an immeasurable impact on the lives of so many, including cancer patients at MD Anderson and beyond,” MD Anderson tweeted. “We will never forget her generosity and her passionate support of our mission to #endcancer.”

Texas Children’s Hospital tweeted: “Sincerest condolences to the Bush family on the passing of former First Lady Barbara Bush. We are grateful for the visits she made to Texas Children’s Pi Beta Phi Library and will always remember the generosity and compassion she showed to our patients and their families.”

Barbara Bush will lay in repose Friday between noon and midnight at St. Martin’s Church, 717 Sage Road, in Houston, according to an official funeral announcement by the Bush family. Members of the public who wish to pay their respects may do so there, but must first go to Second Baptist Church, 6400 Woodway Drive, to park and go through security. Shuttles will be provided by Metro to and from St. Martin’s.

The funeral service will be held Saturday and is by invitation only.