Patients and families enjoy the magic of The Lion, the Witch and the Wardrobe from the comfort of the Texas Children's waiting room 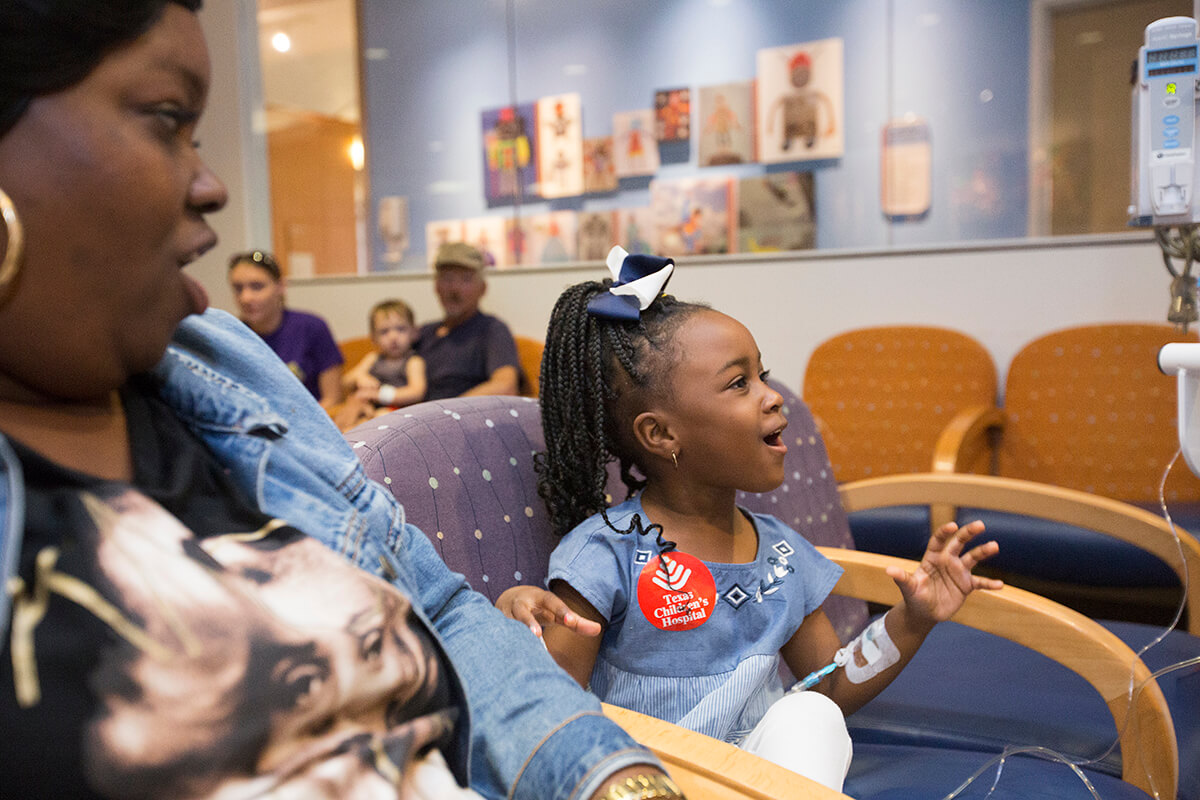 Patients and families visited the fantasy land of Narnia this week, and they didn’t even have to leave the 14th-floor waiting room of Texas Children’s Cancer and Hematology Centers.

Actors Kathleen Brown and Mark McManus took on the roles of several characters to bring The Lion, the Witch, and the Wardrobe to life. The performance was based on a series of classic books by C.S. Lewis, which follow four siblings in World War II-era England through a wardrobe and into the magical world of Narnia.

“We have about 140 appointments a day in our outpatient clinic, so at any given time we have an audience of about 20 to 60 patients in our waiting room,” Carol Herron, Periwinkle Arts In Medicine coordinator at Texas Children’s Cancer and Hematology Centers, said. “We have children of all ages and we have people that come here from all over the world to be treated.”

During the 40-minute production, Brown and McManus shifted seamlessly between portraying Lucy, Edmund, the White Witch, Aslan, Mr. Tumnus and other characters. They also asked patients to play creatures who had been turned to stone by the White Witch. Brown and McManus are members of professional theater ministry A.D. Players, and appeared in conjunction with arts-in-education group Young Audiences of Houston.

The performance was just the kind break Leo Mosqueda, 11, needed. Mosqueda and his parents were at the hospital to start another round of chemotherapy to treat his brain tumor.

“It was a good performance and the characters were good,” Mosqueda said. “It actually really helped a lot today because it took away a lot of stress for me. I was nervous to come today.”

Performances are staged three to four times a month at Texas Children’s, although this one was a little bit different.

“We have been working with Young Audiences of Houston for years, but some productions are easier to bring into the clinic than others, and this one was a little more labor intensive because of the props and the set,” Herron explained. “The Center for Performing Arts Medicine (CPAM) generously agreed to underwrite the performance so our patients and other partners in the Texas Medical Center could see it.”

J. Todd Frazier, director of CPAM at Houston Methodist, said it was a treat to bring programming to children.

“We all work together and we are very collaborative, so it is wonderful to see the impact we are having collectively in the arts,” Frazier said.

At the end of The Lion, the Witch, and the Wardrobe, bells chimed and the audience applauded as Lucy, Edmond, Susan, Peter and their Narnia friends defeated the White Witch and returned home through the wardrobe.

“Theater is captivating to everyone because it is visually stimulating,” Herron said. “It can catch a baby’s attention and entertain adults at the same time. And if it makes their wait any easier, we have accomplished our goal.”