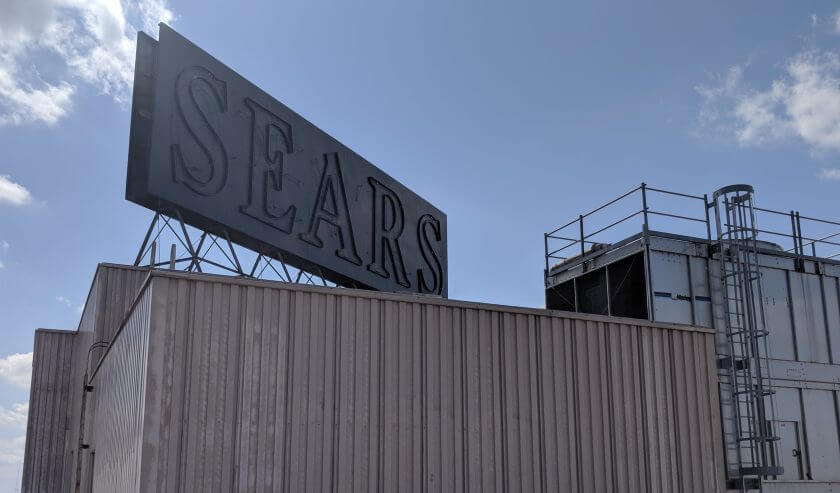 Near the escalators of the former Midtown Sears—known to be the first in Houston, Texas Medical Center CEO William McKeon joined Thursday with Houston Mayor Sylvester Turner, and Rice University President David Leebron and Station Houston CEO John Reale to announce plans for what will become Houston’s innovation district.

“This is an important day for the entire city,” Turner said. “This hub will provide a window into what Houston is doing in digital innovation.”

The 9.4-acre site, anchored by the former Sears building, will get a facelift over the next two years to become a hub designed for the city’s academic, corporate and entrepreneurial communities to collaborate.

Working with Mayor Turner, the idea went from strategy and talk to execution quickly, McKeon said.

“This brings us beyond the sum of our parts,” he said. “We have the opportunity to take digital assets from the Texas Medical Center and locate them here.”

In developing these plans, Rice worked closely with the Greater Houston Partnership, Houston Exponential and Station Houston, the region’s hub for tech innovation and entrepreneurship focused on digital technologies. By leveraging all of the city’s economic strengths, the innovation district will “help transform Houston into a world leader in data science and digital technologies,” Leebron said.

Having companies from different sectors, like health care, energy, consumer and aerospace, collaborate around digital technologies will be advantageous, said Erik Halvorsen, director of the TMC Innovation Institute.

“It makes sense to bring companies together from different verticals and have them be in the same space with the same advisors and mentors, sitting in the same sessions, sharing ideas,” he said. “There would be unanticipated benefits from the collisions that will occur in a place like this.”

The overall design and development of the building will be led by Hines in conjunction with architects Gensler and James Carpenter. The site, owned by Rice Management Co. was bequeathed to the university by well-known Houstonian Ima Hogg.

It was later leased to Sears, and the department store was built in 1939, deliberately window-less. The architects plan to incorporate light into the space and are already considering areas where that would work organically, including removing panels that covered up parts of windows during a renovation in the 1960s.

The building is located in close proximity to the METRORail Red Line and central to downtown, the Museum District and the Texas Medical Center, which has committed to support the project, along with the Greater Houston Partnership and Houston Exponential.