Texas Children’s Adds Another Furry Friend to Its Team

Texas Children’s Adds Another Furry Friend to Its Team 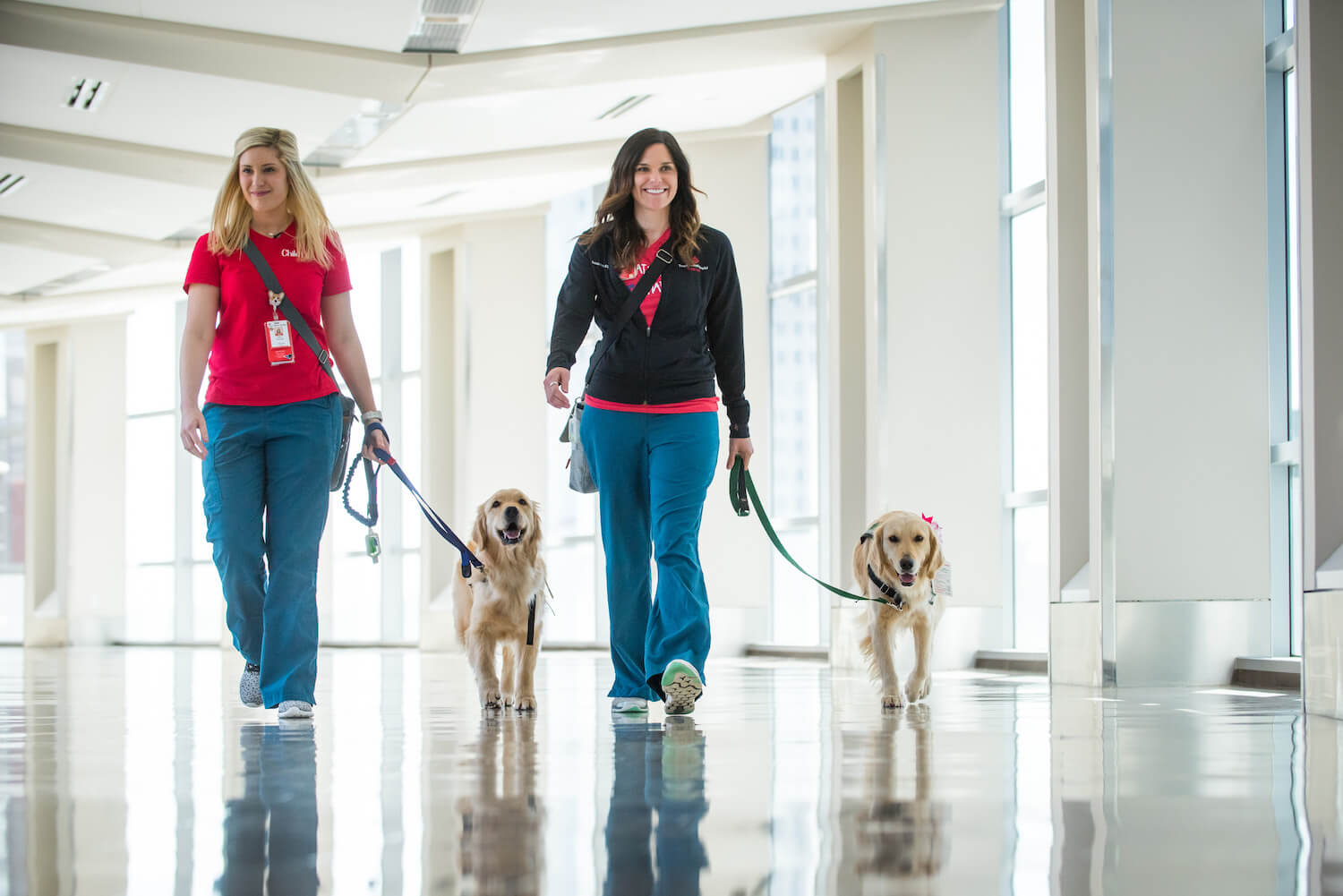 Together, Elsa and Bailey provide a special kind of support to patients and their families as well as other staff members at Texas Children’s Hospital. And although Bailey has only been at the hospital for a short time, she is learning her way around and comforting as many people as she can.

“She looks forward to seeing patients, loves staff, walking into rooms and hopping up on beds,” said Adair Galanski, Bailey’s animal-assisted therapy coordinator and child life specialist at Texas Children’s. “She loves it here—all the patients, noises and smells—everything fascinates her.”

Just like Elsa, Bailey was trained extensively at Canine Assistants in Atlanta and was brought to Texas Children’s thanks to a gift from Texas Children’s president and CEO Mark A. Wallace and his wife, Shannon, in memory of their black Labrador, Cadence. The Wallaces pledged an initial $80,000 to the Pawsitive Play Program to allow even more patients and families to benefit from animal-assisted therapy.

“I think it really shows the kind of people they are—it’s not just someone who is in charge of an extremely large hospital worrying about patient numbers and what things look like on paper,” Galanski said. “For someone to actually care that much about the emotions of patients and the quality of their stay, I think that just really speaks to him as a person and the values and hopes he has for Texas Children’s.”

Bailey was brought to Texas Children’s to work with patients in the Heart Center, specifically in the Pediatric Intensive Care Unit and in the Progressive Care Unit. Since she is still familiarizing herself with the hospital, Bailey and Galanski have been seeing four to five patients per day.

“Bailey and Elsa have the same kind of job, they are just working in different units,” Galanski explained. “Since we are on these three units, Elsa is everywhere else in the hospital.”

Bailey is able to connect with patients and their families without words or convincing, Galanski said.

“Sometimes, just sitting with her, petting her fur, focusing on Bailey and allowing yourself to breathe, really helps people to calm down,” Galanski said.

In the future, Galanski would love to see even more dogs clocking in at Texas Children’s.

“I would love for there to be more dogs in the Pawsitive Play Program,” Galanski said. “The more dogs we get, the more kids we can see regularly and make this an actual part of their everyday activities and therapy.”