BioRhythm: Music and the Body

BioRhythm: Music and the Body 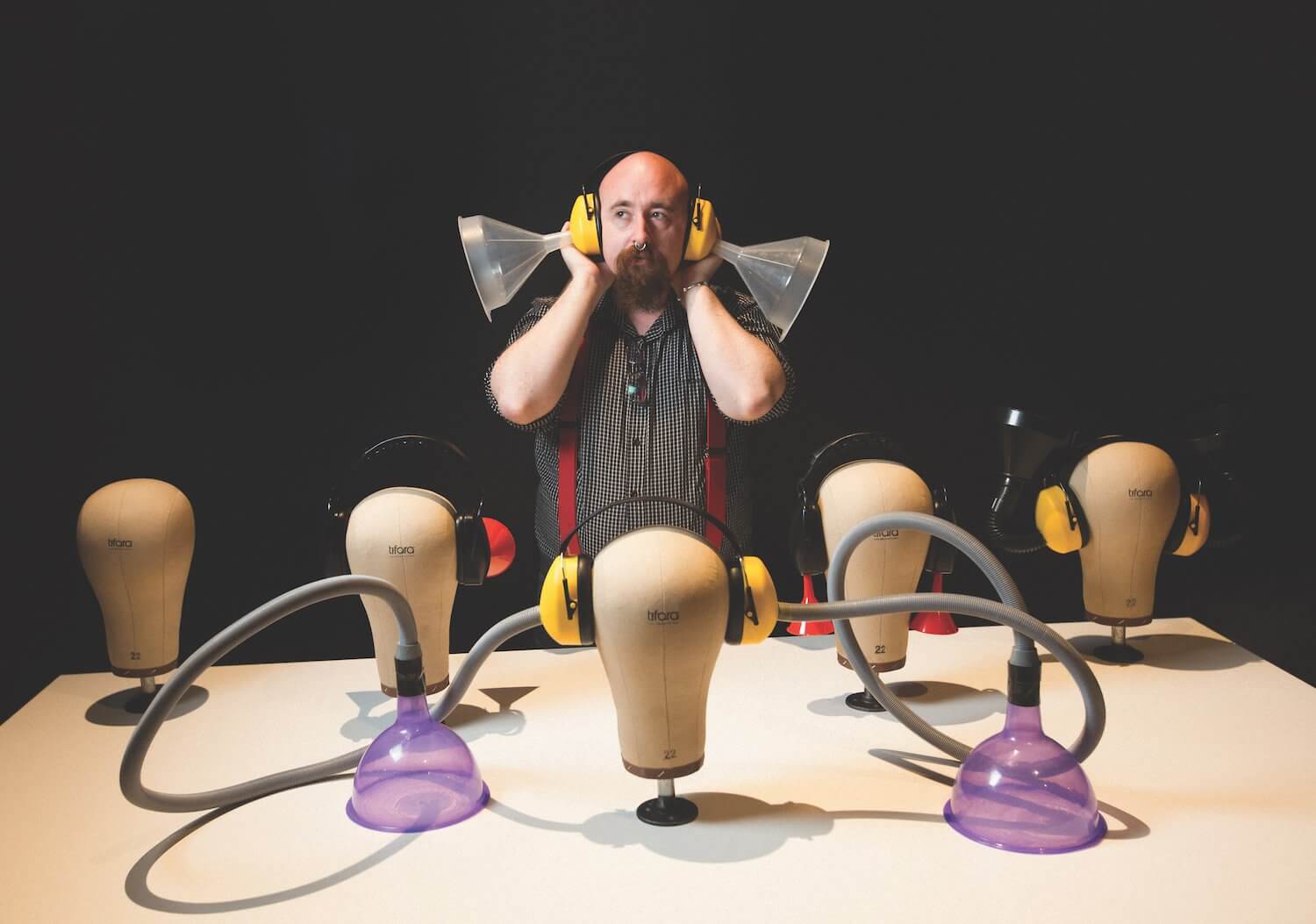 Music has the power to soothe, invigorate and inspire us, no matter where we come from or how we interpret the world.

Making and listening to music may seem second nature to us, but is there something in our DNA that compels us to tap, hum and sing, or did this urge blossom over time as part of our cultural evolution? BioRhythm: Music and the Body, a traveling exhibit now on display at The Health Museum, explores these questions.

“I think music is something that everybody plugs into, yet it is kind of an abstraction,” said Conor Courtney, project lead for BioRhythm at Science Gallery Dublin, where the exhibit was curated. “It’s a weird habit and it’s kind of unique among animals to have that appreciation.”

Throughout the interactive exhibit, BioRhythm encourages viewers to experience sound on many different levels.

“We are trying to get people to pause for a second and take a step back and think about why they like the music they like or how music has happened,” Courtney said. “Why does a minor chord sound sad? Why are major chords celebratory? Is that just cultural? Is there an objective physiological or biological reason for that?”

Just down the street from The Health Museum, Jennifer Townsend, program manager of music therapy at the Center for Performing Arts Medicine at Houston Methodist Hospital, works on harnessing the body’s natural inclination toward music to help heal her patients. Townsend and her team also worked with the museum on the BioRhythm exhibit.

“The primary rhythm in the human body is that constant lub-dub of our hearts,” Townsend said. “The heartbeat is a sign of our circulatory system working. The blood pumps through the lungs where it is oxygenated and the oxygenated blood travels to the brain, which controls the central nervous system and tells the body how and when to move.”

“Chains of Love,” one of the exhibit’s attractions, explores the relationship between sound and touch. When visitors grasp two or more of the large chains suspended from the ceiling, the chains release different sounds.

Visitors of all ages are challenged to think about how they send and receive sounds—even personal sounds that are subtle and involuntary.

“When we are excited or nervous, our respiration and circulation rates increase, and when we are quiet or sleeping, they slow down,” Townsend said. “This is an automatic response of our bodies.”

From the “Optofonica Capsule,” which converts sound into vibrations that pulse throughout the body, to a sonic bed that wraps users in an intimate soundscape, the exhibit allows visitors to see and feel their emotional response to music.

“We are basically jelly. We are full of liquid, so our bodies are sensitive to vibration—you can feel it,” Courtney said. “We often get preoccupied with our ears being the most sensitive apparatus, whereas this is exploring the idea that our bodies are also sensitive in different ways.”

BioRhythm: Music and the Body, a compilation of works by several artists, started in Dublin and has traveled around the world. The exhibit will be on display at The Health Museum, 1515 Hermann Drive, through July 31. Information: 713-521-1515 or thehealthmuseum.org