ReelAbilities Showcases the True Talent of Our Community

ReelAbilities Showcases the True Talent of Our Community 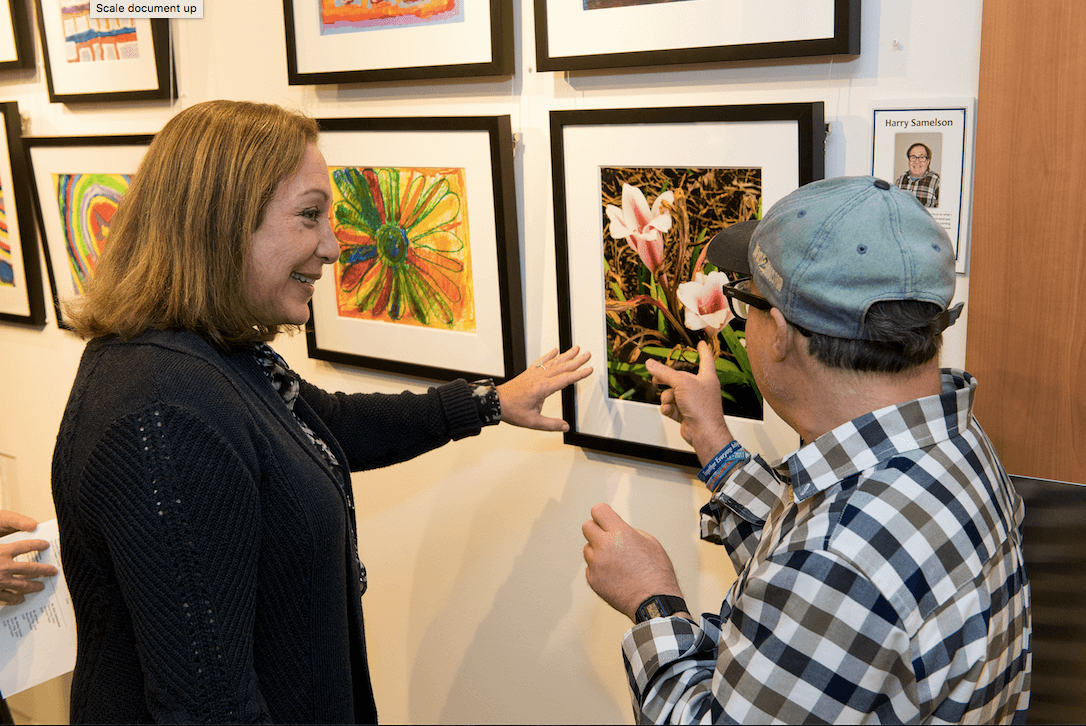 The ReelAbilities Film and Arts Festival in Houston, an 11-day event that promotes awareness and inclusion of those living with disabilities, is currently underway.

The festival began in New York City in 2007 with the goal of presenting award-winning films by, about and for people with disabilities. Since then, ReelAbilities screenings and events have been held in more than a dozen cities across North America.

“What Houston did, as Houstonians do, is take something and make it bigger and better,” said Vikki Evans, chair of the Houston ReelAbilities Film and Arts Festival. “We expanded on just the film part of the festival and added an art component, music, speakers series, and we go into dozens of schools in Houston the week of the festival.”

TIRR Memorial Hermann is a founding partner of the event and has been involved with the festival since it came to Houston in 2012.

“The message and what ReelAbilities stands for, in my mind, is independence and inclusion,” said Jerry Ashworth, Interim CEO of TIRR Memorial Hermann. “That syncs up and aligns so very well with what we do here at TIRR on a daily basis.”

Patients of all ages come to TIRR to be treated for brain injury, spinal cord injury, stroke and neurological diseases.

“It is important that Houston is a part of the festival because of the diversity of the city of Houston—we are the most diverse city in the country,” Ashworth said. “Many times we don’t think about the disabled community when we think about diversity and this festival brings awareness and education to the greater Houston community.”

The Festival kicked off with ReelArt, a gallery exhibit at the Center for Art and Photography at Celebration Company featuring works by Brandon Lack—a visiting artist from Austin who has Down syndrome. Works by Lack and other artists will be on display throughout the festival.

The film portion of the festival will be held at Edwards Greenway Grand Palace Stadium 24 from Feb. 18-22. Throughout the week, 17 films will be shown and each screening will be followed by interactive panels to encourage audience discussion. Admission and parking will be free to attendees.

This year, the festival also includes the world premier of Blind Date—a short documentary that follows three blind New Yorkers on their quests for love in the digital age.

“It is really incredible to see people at the screenings,” Evans said. “The audio from the films is described and transcribed so blind people can enjoy the film, and Edwards Theater is fully accessible for those in wheelchairs.”

The festival will conclude with ReelMusic—a night of live music at White Oak Music Hall on February 22nd. The outdoor concert will feature jazz and blues musicians and artists with disabilities. Dee Dee Dochen, a local jazz vocalist, will chair and emcee the high-energy musical evening.

“The ReelAbilities Film Festival is a great event that highlights and showcases the incredible talents of these individuals,” Ashworth said. “It serves as an opportunity to increase awareness and educate others in the community.”

For more information about attending the events, please visit ReelAbilitiesHouston.org .