Reaching for a Renewable Heart

Reaching for a Renewable Heart 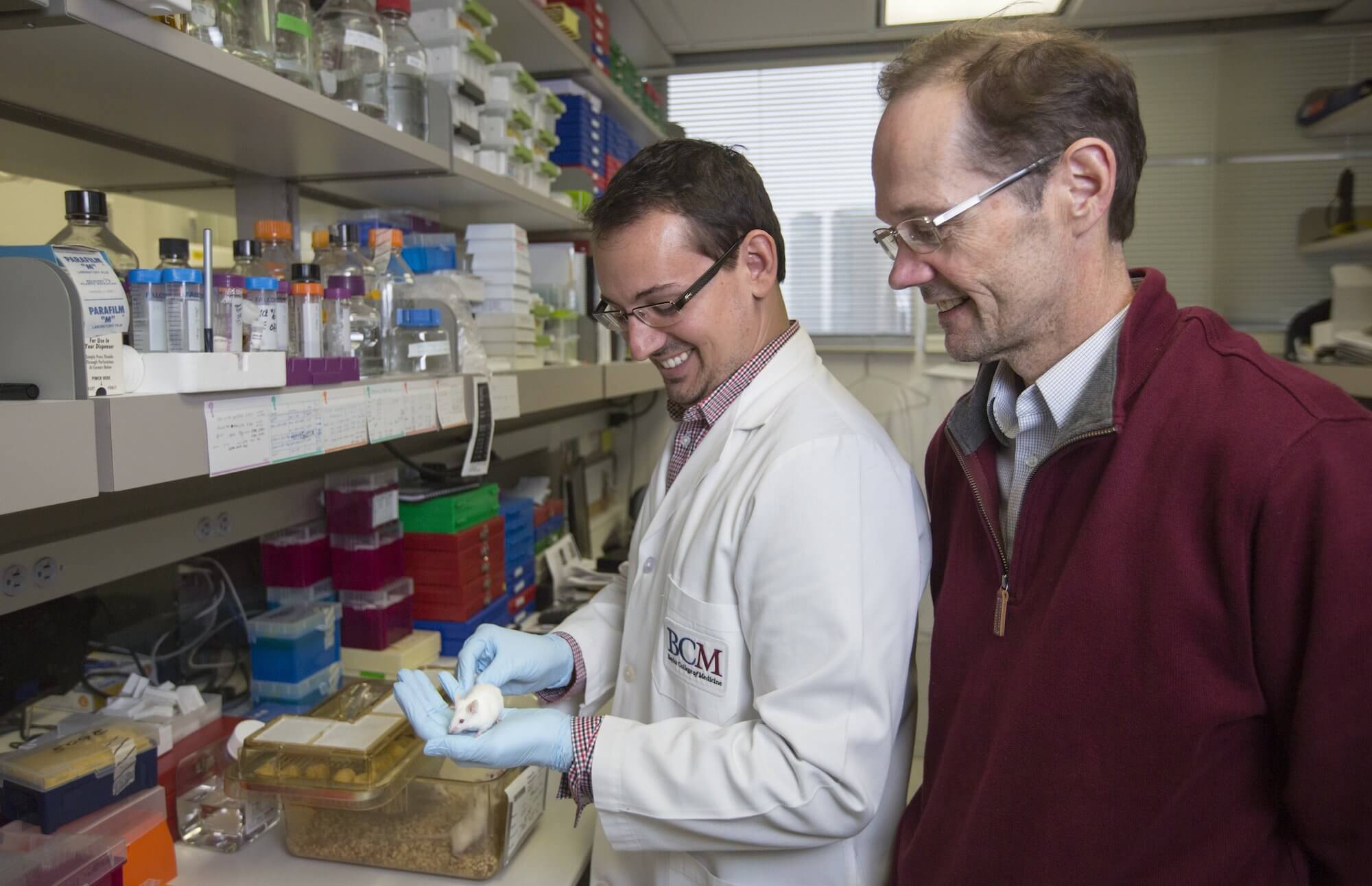 Years ago, a young boy named John Leach visited a farm to help pick out a pig to roast at his little league baseball team’s annual banquet. His best friend’s mom, a nurse, took it upon herself to turn the occasion into a learning experience, showing him each organ and explaining its function. Leach remembers the heart especially—how she pointed to the chambers and ventricles, how she used a water hose to simulate blood flow, how she made it beat.

The image sparked a lifelong interest that Leach, now a graduate student of molecular physiology and biophysics at Baylor College of Medicine, has channeled into potentially groundbreaking research in the field of cardiac development and regenerative medicine. Working with his advisor, James Martin, M.D., Ph.D., professor and Vivian L. Smith Chair in Regenerative Medicine at Baylor, Leach discovered that modifying a widely-studied genetic pathway could reverse advanced heart failure in mice. Their findings were recently published in the journal Nature.

According to the American Heart Association (AHA), close to 6 million Americans suffer from heart failure, meaning their hearts no longer pump blood as efficiently as they should. As a result, heart muscle cells known as cardiomyocytes deteriorate and the heart itself is subject to scarring. Treatment options are limited and the AHA found in 2016 that about half the individuals who develop heart failure die within five years of diagnosis.

But what if there was a way to replenish those cardiomyocytes by injecting them with a virus? Would that make the heart regenerative?

“We prefer the word ‘renewable,’” explained Martin, also the director of the Cardiomyocyte Renewal Laboratory at Texas Heart Institute, “but that is essentially the idea.”

By manipulating a cell signaling channel called the Hippo pathway, Leach and Martin found they could trigger cardiomyocytes to multiply and essentially repair the scarred muscle, thus renewing the heart’s pumping function.

“I have clinical training and I took care of people in heart failure, and we were taught in medical school that the heart is a terminally differentiated organ, meaning it cannot renew and regenerate,” explained Martin, who stopped practicing to dedicate himself to research full-time. “But what we found was that the Hippo pathway controls size in a developing heart. So when we turned the Hippo pathway off—we took away the stop signal in the heart during its development—what you end up with is a newborn mouse with a two-and-a-half-fold enlarged heart.”

The reason? Over-proliferation of the cardiomyocytes. Martin’s next question was: what happens when you turn the stop signal off in a fully developed heart? When they found that it induced a similar effect in cardiomyocyte proliferation, he and Leach were excited. Would it actually induce a reparative response in an injured heart?

The answer was yes.

In addition to cardiomyocyte proliferation, Martin and Leach found that the scarred muscle, made up of cells called fibroblasts, was altered as well. Precisely how and why this happens is one of the major focuses of their continued research, but the fact that these cells are also modified is both interesting and encouraging.

“Exactly what’s happening downstream—what pathways are active in these fibroblasts to direct them to actually modify this scar tissue—is still an unknown, but one thing that we were able to show is that there are a number of signaling pathways that are active in the heart muscle that are talking to the other cell types in the heart and aiding in the renewal effect,” Leach said.

Using mouse models, researchers are able to turn genes like the Hippo pathway on and off through genetic engineering techniques. But in the future, applying this discovery to treat advanced heart failure in humans would require gene therapy—using naturally occurring viruses as vectors and manipulating them to deliver genetic material that would be beneficial to the human cell, like making a protein, counteracting an abnormal gene, or turning off a stop signal.

“We have these specific viruses that prefer to infect the heart muscle, and we deliver a gene or some type of nucleic acid that alters the pathway,” Martin explained. “The pathway is a negative regulatory pathway, like a stop signal, so when we try to remove the stop signal, it unleashes the cardiomyocyte’s ability to proliferate and divide.”

Altering a signal like this does come with risks, including cancer. Martin explained that there is still more research required before any human trials could be approved. As with all therapies related to DNA manipulation, finding the exact balance is key.

Still, if a genetic therapy that reverses heart disease could be developed from these findings, heart transplants might someday be rendered unnecessary. And a more thorough understanding of the Hippo pathway could lead to other breakthroughs, as well. Martin said they recently discovered that the Hippo has a close connection to genes that are central to Duchenne muscular dystrophy.

“Our findings indicated that we could use this pathway not just for heart failure but for treating muscular dystrophy to try to improve the outcome of kids suffering from this disease,” he said. “I suspect that you’re going to need to have multiple interventions if we’re talking about a cure, but I would say this could be a very important piece.”