UH College of Medicine will focus on primary care 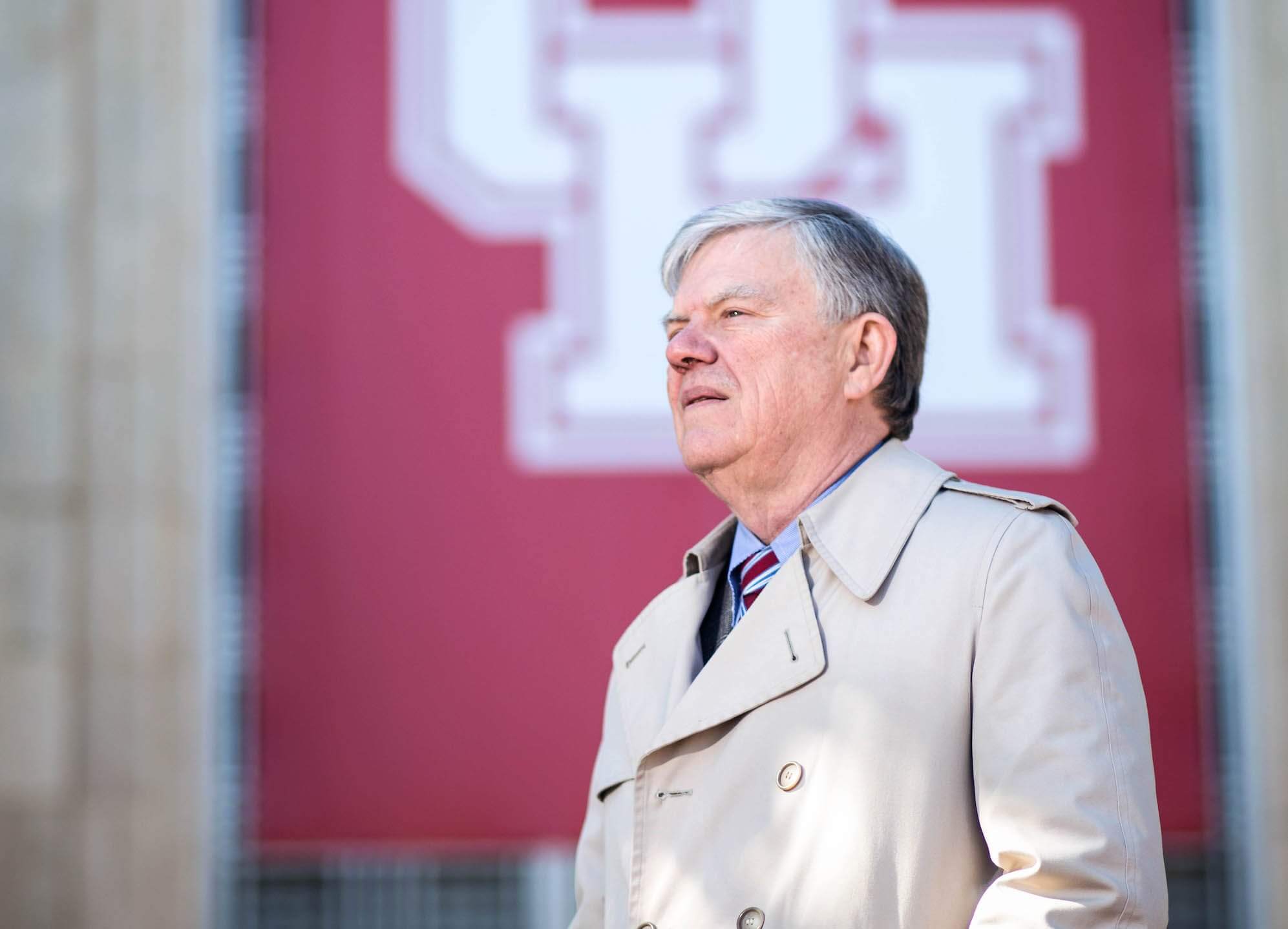 From his office at the center of the University of Houston campus, Stephen Spann, M.D., offers a thoughtful assessment of the challenges facing modern medicine in the United States, and in Houston in particular.

“Your life expectancy here, and in other parts of the country, is dependent, among other things, on your zip code,” Spann said. “There are geographic communities in Greater Houston that have major health disparities, and they need a different approach to health care.”

In many parts of the U.S., health and socioeconomic status are closely intertwined. And in cities like Houston, where the disparity between wealthy and poor residents is increasingly pronounced, the best medical care is often reserved for those who can afford it.

As planning dean for the forthcoming UH College of Medicine, which was approved by the school’s Board of Regents in November, Spann hopes to solve this problem by producing a different type of doctor from a different type of medical school. He says most medical schools are “more focused on sick care” than on wellness. Many of their graduates choose to become specialists, a pathway generally considered to be more prestigious and more lucrative than primary care. But Spann sees a shortage of primary care doctors nationwide, and in Texas specifically, which ranks 47th in the ratio of primary care doctors to residents.

So UH will take a different approach, by creating a medical school that doesn’t focus on elite specialties and instead develops physicians focused on primary care who have a particular interest in underserved populations in rural and urban Texas.

It’s a shift that makes sense today, Spann and others say, when health care experts are increasingly examining the economic and social factors that affect people’s health. Meanwhile, there is a gradual shift in the health care sector from the historic fee-for-service model—in which providers are paid based on the volume of treatment they provide—towards “value based care,” in which providers are paid based on health outcomes.

“I’m trying to create the medical school that the people in the know say we need today,” said Spann, who is charged with opening Houston’s first new medical school in more than 40 years.

Spann is a natural fit for a medical school that focuses on primary care. A family physician who attended Baylor College of Medicine, he spent a year early in his career with the U.S. Public Health Service in rural Arkansas practicing family medicine, and another three years in family medicine in rural North Carolina.

UH’s goal to produce a primary care-focused school comes at a time when just 20 percent of all Texas medical school graduates choose residencies in primary care specialties, according to UH. The school’s ambition is for 50 percent of its graduates to go into primary care. The hard part?

UH can’t actually require its students to do that. So the school has a three-pronged approach to steer students in that direction.

First, it will recruit students who are statistically more likely to become primary care doctors, based on well-known predictors. Applicants from rural areas, those with parents who had service-oriented jobs such as teaching or preaching, people choosing medicine as a second career, those who have shown an interest in community health through volunteering, and underrepresented minorities are all more likely to go into primary care, Spann said.

Second, UH will create a curriculum that emphasizes primary care. For example, student rotations will be focused on outpatient care, unlike other medical schools rooted in large, academic hospitals. There will also be a required, four-week rural health rotation.

Spann expects students will spend a half day every week as part of a health care team at a primary care clinic. Additionally, students will work with interprofessional teams made up of other UH students—from fields such as nursing, social work, pharmacy and law—who would be assigned to families with complex medical and social problems living in underserved areas.

The teams would follow the families over four years to provide support and learn about the social determinants of health.

International University (FIU), which opened its doors to students in 2009 and has a similar focus on community-oriented, primary care.

“We want our students immersed in this,” said Pedro Greer, M.D., associate dean for community engagement and professor and chair of the department of humanities, health, and society at FIU medical school. “They need to know how to put these teams together when they start practicing. It’s not the doctor’s responsibility to solve the patient’s housing issue, but they need to know how to put a team together who can.”

Third, UH aims to create a culture that values primary care. That means recruiting faculty members who buy into the mission. “It’s not okay for any of the faculty to say (to a student), ‘You’re too smart to be a primary care doctor,’” Spann said. “Believe me, that happens.”

Eventually, UH wants to be known nationally for producing doctors who have a deep understanding of health disparities, who know how to work in communities to improve health and health care, and who are experts in providing “high value” health care, school officials say.

That’s exactly the right approach, said Molly Cooke, M.D., professor of medicine at the University of California San Francisco School of Medicine. Cooke has written extensively on ways medical schools can modernize, and her work has influenced some of UH’s plans.

UH has a unique opportunity, she said, since it’s difficult for existing schools to adapt their curricula and culture to changing times. “From my perspective, knowing medical education fairly well, you’re seeing more interesting things going on at the new medical schools than the legacy medical schools, by and large,” Cooke said.

UH expects to enroll its first class of 30 medical students in August 2020, and to have a full entering class of 120 students by 2024. But there are many milestones ahead. The school must win approval from the Texas Higher Education Coordinating Board, as well as the Liaison Committee on Medical Education, the national accrediting body for medical schools. UH also has to recruit students and faculty, fundraise, and receive state appropriations.

The school needs to generate about $120 million over 10 years in startup costs. The goal is to raise a third of that through philanthropy, a third from state legislative appropriations and a third from revenue the university can generate through its intellectual property.

The medical school would start off with space in a building on UH’s campus that is nearing completion. But eventually, UH will need to pay for and build a new, $80 million medical school building.

The surging number of medical schools in the state concerns some leaders, including state Rep. John Zerwas, M.D., a Houston-area anesthesiologist who chairs the state house appropriations committee. He has warned that the ratio of Texas medical students to residency slots may not be adequate if the surge of medical schools continues.

In other words, if Texas doesn’t have enough slots for residents, then its medical school graduates will move elsewhere for residency, undermining the goals of addressing the state doctor shortage by opening more medical schools.

UH is addressing that concern through an arrangement with Hospital Corporation of America (HCA) for the development of eight new residency programs that will include 103 new first-year residency positions by 2020, and 309 total residents by 2024. Spann says he thinks that will go a long way towards satisfying leaders in Austin, but he acknowledged the challenges of building a medical school at a time when so many others across Texas are doing the same.

Still, Zerwas said there’s room for another medical school in Houston, and the HCA deal will help address his and other policymakers’ concerns. “I think they’ve targeted a niche out there, a community that hasn’t been served as well,” Zerwas said. “The medical center has a tendency to focus on specialty-type care. That’s not surprising, considering all they do. To have a medical school that focuses on the underserved primary care community is a good way to go.”

Spann doesn’t think the surge of new medical schools in Texas is a problem. Only 30 percent of those who apply to Texas medical schools get in, he said, suggesting that even as new schools open, demand is far from being met. “We don’t believe that this medical school will in any way threaten other medical schools,” Spann said.

Greer, of FIU, said a new UH medical school could be a major asset for Houston. “This is about preparing our students to make our country healthier,” said Greer, a Presidential Medal of Freedom recipient and MacArthur “genius” grant winner for his work with the homeless. “Our medical system hasn’t really changed in 100 years. That’s the advantage in Houston. It’s brand new, and they have a clean slate. … The question is not, ‘Does Houston need another medical school?’ It’s, ‘Does it need one like this?’ And there’s no question. Of course it does.”