Is the Flu Bugging You?

Is the Flu Bugging You? 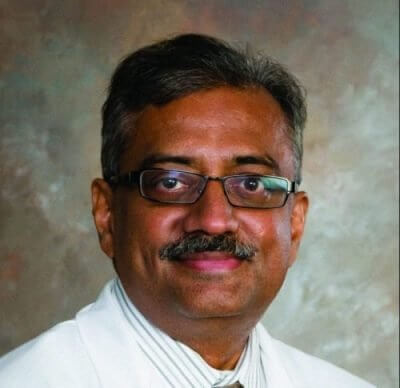 Welcome to the worst flu season in recent memory.

Influenza, a contagious illness of the respiratory system, is widespread and active in 49 states, according to the Centers for Disease Control and Prevention (CDC), with close to 87,000 confirmed cases.

For most, it’s a temporary misery. But the flu can be fatal. So far this season, nearly 40 children have died of flu-related complications.

To demystify this annual outbreak, Janak Patel, M.D., an infectious disease expert, pediatrician and clinician at The University of Texas Medical Branch – Galveston, answered questions about the flu and its treatment.

PULSE | Why is the flu so bad this season?
JP | That’s a million-dollar question. It is not about the vaccine; it’s not that fewer people are getting shots. We seem to have three times as much flu as last year during the same period—at least at UTMB. I think Houston is not too different.

We have looked at our own patients. Typically, of those sick enough to be in the hospital, about 85 percent have no vaccination. Right now we have to collect our strains and send them to the CDC in Atlanta to see if they match the vaccine. Severity is not measured easily because flu-related deaths are not always reported as flu deaths. Death is one measurement. Another is how often people are admitted into the hospital with the flu.

PULSE | What’s the difference between a common cold and the flu?
JP | With a common cold, the only problem you have is a stuffy nose and nasal discharge. A mild flu will present as a common cold. For the general public, though, the flu means symptoms beyond the nasal passages. The classic flu has nasal congestion along with fever, body aches and chills.

PULSE | How long does a mild case of the flu last?
JP | Typically it’s a five-day illness. Fever, headache—they peak within about two to three days of onset. A low-level cough could persist for two to three weeks, due to damage to the lining of the breathing passages. But the virus is already gone.

PULSE | When is peak flu season?
JP | It can vary, but typically flu season starts in December and ends in March or April. And it comes in two, even three waves. We can have up to three types of flu viruses circulating every season, and they can all come at the same time. The “A” type is more severe, the one that leads to a lot of complications. “A” comes early and is typically gone by January. “B” comes around February and may not peak until March.

But some years we are fooled. This year the flu started quite early. At UTMB, we’ve been diagnosing cases since October.

PULSE | The H3N2 strain of influenza A, typically responsible for more hospitalizations and deaths, is this season’s dominant strain. How effective are antiviral medications like Tamiflu against it?
JP | Tamiflu could reduce your sickness by one or two days. As is always the case for disease, I would say if you’re mildly ill, don’t get any medication. If you’re moderately ill, talk to your doctor and see if you need the medication. For Tamiflu to have its best effect, it must be started within the first two days of the flu.

The CDC every year looks at resistance of circula-tion strains against medications. For the past several years, it has not been a problem, but there’s always the fear that if something is used widely it can lead to resistance. Tamiflu has been resistant in years past. If it becomes resistant again, we’ll have a big problem. We’d have to use older drugs with more side effects.

PULSE | Health officials always advise people to get their flu shots. Is it ever too late to get a flu shot?
JP | Never too late. Even in good years, we recommend getting a flu vaccine until the end of April. Flu shots can help you stay away from the worst presentation of flu, which is pneumonia and even death. Even under the best circumstances, the vaccine to prevent the flu completely is nowhere close to 90 percent—like the vaccines for measles, polio and chicken pox. So it may have more efficacy against the severe presentation.

PULSE | Each year, scientists create an updated vaccine from the top three or four strains of the flu virus. The best flu vaccine of the past ten years, given over the 2010-2011 season, had a 60 percent effectiveness rate, according to the CDC. The worst, given during the 2014-2015 season, had a 19 percent effectiveness rate. Why is a more effective vaccine so elusive?
JP | Flu is very unique. It’s the only virus that keeps changing by itself and it causes mass outbreaks. The World Health Organization goes through circulation strains in many parts of the world. Australia is in the southern hemisphere so we have opposite flu seasons. Last summer, we paid attention to their winter’s strain. We have to figure out which strain is coming this year and make a vaccine for that strain. You need a very specific response for a particular strain of the virus, and there is no significant cross-protection from one strain to another.

PULSE | Are we any closer to a universal vaccine, which wouldn’t need to be modified each year and would be effective against multiple strains of the flu?
JP | It’s pie in the sky. I’ve been hearing about efforts to develop a universal vaccine for the last 20 years … but I have seen no product that is going through large-scale clinical trials. So we’re not going to see anything on the market in the next five years. Now, if we could find a part of the virus that doesn’t change, and if we could get a vaccine for that part of the virus, we would have protection from all the strains over many years. That is the holy grail.