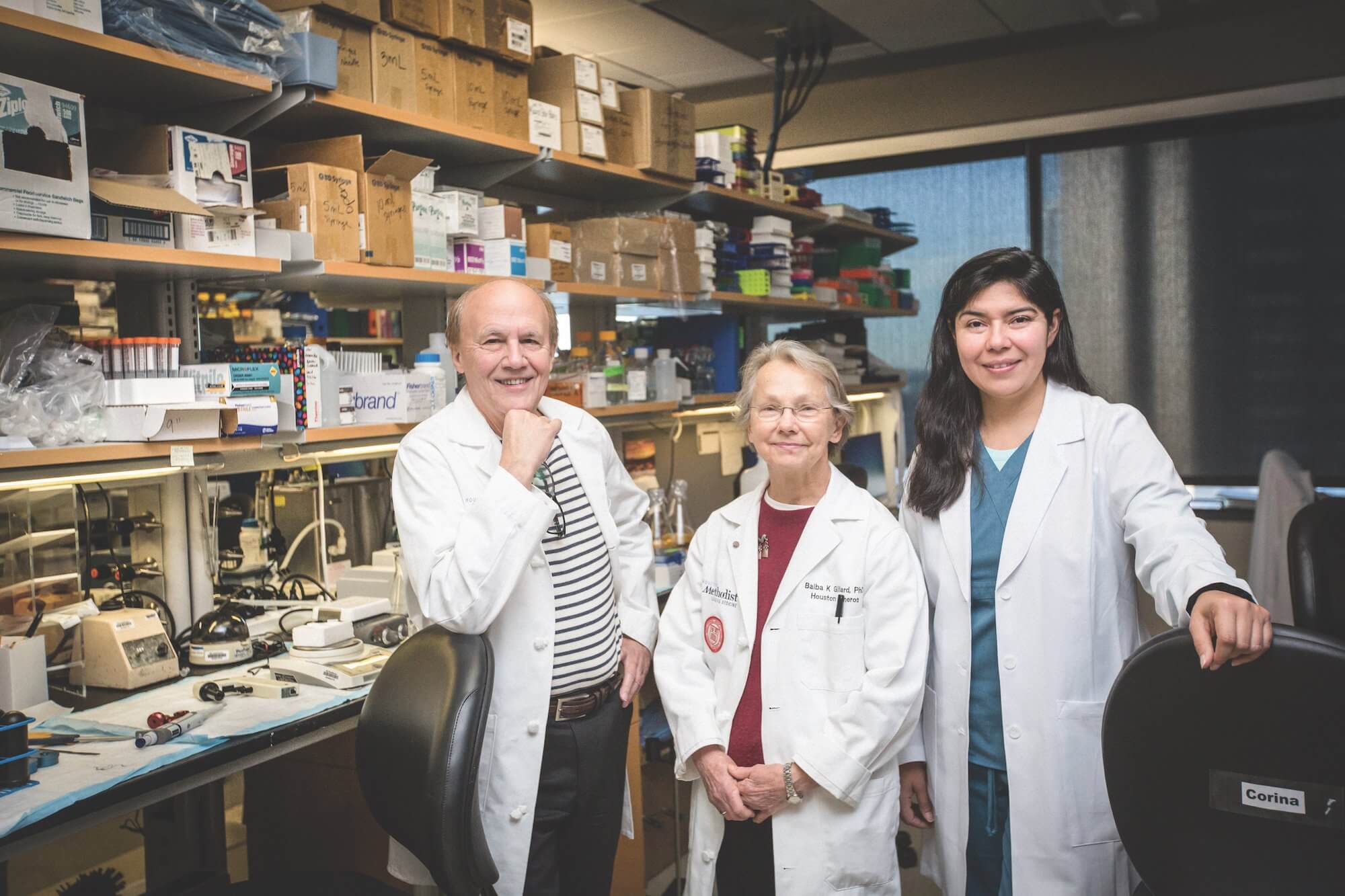 Houston Methodist Research Institute scientists recently made a surprise discovery that could potentially change the way cholesterol is treated.

The accidental breakthrough began as an innocuous task.

Bingqing Xu, a third-year medical student from China, joined a research program led by Henry Pownall, Ph.D., professor of bioenergetics at the Houston Methodist Research Institute. One of the program’s goals was to assist Xu in publishing a paper. Since no one had fully validated the current model of cholesterol transport from the arteries to the liver, Pownall decided that it would be an appropriate topic for Xu to explore. Little did they know that her research would lead them to new evidence that challenges a decades-long assumption of how the body processes and eliminates cholesterol.

“It was a very benign proposal. It was going to be easy, nothing controversial,” Pownall said, “but it turned out that the hypothesis was not valid. She found something totally opposite.”

For four decades, the medical community has believed that cholesterol travels from the arteries, becomes absorbed by a particle and remains in the blood for three to five days before being excreted from the body by the liver. However, Pownall and his team showed that a nascent form of cholesterol known as free cholesterol—an early form of high-density lipoprotein (HDL) cholesterol, often referred to as “good” cholesterol—bypasses this process and instead travels directly from the particle to the liver within two to three minutes, a thousand times faster than scientists had previously believed.

“We’re not erasing 40 years of history, but we’re definitely updating and bringing to light mechanisms that other people had not previously researched because they just took for granted that there was only one pathway,” said Corina Rosales, Ph.D., an assistant research professor of bioenergetics at Houston Methodist Research Institute. “We’re trying to find those correct pathways and not just follow everybody else. It’d then be like the blind leading the blind, in a sense.”

Many clinical trials use drugs to inhibit the transfer of cholesteryl ester, a mature form of cholesterol found in the body. The drugs are designed to reduce the risk of atherosclerosis, a precursor for heart attack and stroke caused by the buildup of cholesterol in the arteries. However, a number of the drugs failed to yield any meaningful clinical improvement or led to death, despite increasing “good” cholesterol levels.

“There were at least three different forms of inhibitors that have been duds because they were focused on the wrong aspect of HDL biology,” said Baiba Gillard, Ph.D., an assistant research professor of bioenergetics at the Houston Methodist Research Institute. “We’re hoping our refocus will be more productive.”

Equipped with the new understanding that free cholesterol is eliminated from the body by the liver much faster than cholesteryl ester, the team said they believe their findings will encourage scientists to take a closer look at how HDL cholesterol contributes to cardiovascular disease and how to increase HDL cholesterol levels in ways that are beneficial to the heart, thus opening the door to more effective therapies.

“The most important thing is that we really need to elucidate all the proper mechanisms and pathways for cholesterol and other lipids in order to develop good therapeutics,” Rosales said. “If you don’t know the pathways or if you don’t know how they’re metabolized, then you can’t really develop a good therapeutic agent to treat … lipid disorders, atherosclerosis or conditions like that.”

The team plans to continue their research in partnership with the Houston Methodist cardiology department to test patients’ plasma and determine how “good” cholesterol has affected their heart health.