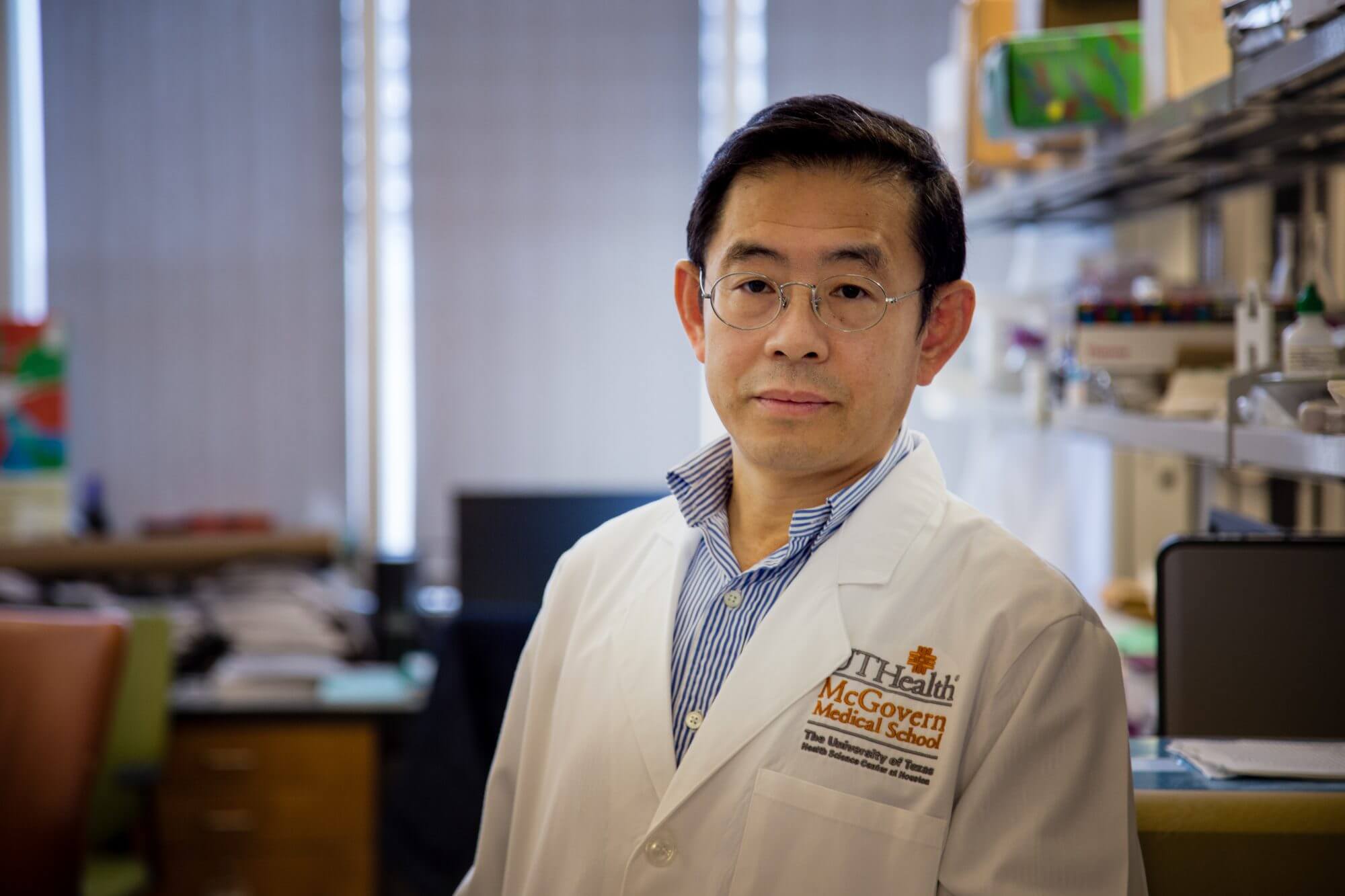 The scientists are developing an innovative antibody-based drug to stem the spread of breast cancer to bone. This spread, called metastasis, is linked to a dramatic reduction in survival rates.

Zhiqiang An, Ph.D., professor and the Robert A. Welch Distinguished University Chair in Chemistry at McGovern Medical School at UTHealth, is collaborating on the project with lead principal investigator Jean Jiang, Ph.D., the Ashbel Smith Professor at UT Health San Antonio and the associate director of the Joint Biomedical Engineering Graduate Program of UT Health San Antonio and The University of Texas at San Antonio.

McGovern Medical School received $2.8 million for drug development. “Current treatment options are limited for breast cancer bone metastasis,” An said. “There is thus an urgent need to develop new and specific therapies with improved therapeutic efficacies and fewer side effects.”

“Antibodies are part of the body’s natural defenses and can be optimized to perform specific tasks,” Jiang said. “In this case, an antibody activates the connexin channels in bone cells, which protects skeletal tissue from breast cancer colonization and invasion.”

UT Health San Antonio received $3.2 million for preclinical testing in the joint project. “Research from my laboratory shows the functional role of these channels in suppressing breast cancer invasion and bone metastases. This provides a potential therapeutic target for drug development in breast cancer,” Jiang said.

The goal of An and Jiang is to develop a less toxic treatment and reduce deaths tied to the spread of breast cancer to the bone. At the end of the study, the researchers hope to have a drug that can advance to clinical trials.

“With 1.3 million soldiers deployed around the world, the DOD supports research designed to increase the health of its employees and citizens of United States,” Jiang said. “Dr. An and I appreciate the DOD’s commitment to translational drug discovery.”