Say Hello to the SaberCats

The Houston SaberCats, one of seven new rugby teams launching across the nation in April, are partnering with Baylor College of Medicine

Say Hello to the SaberCats 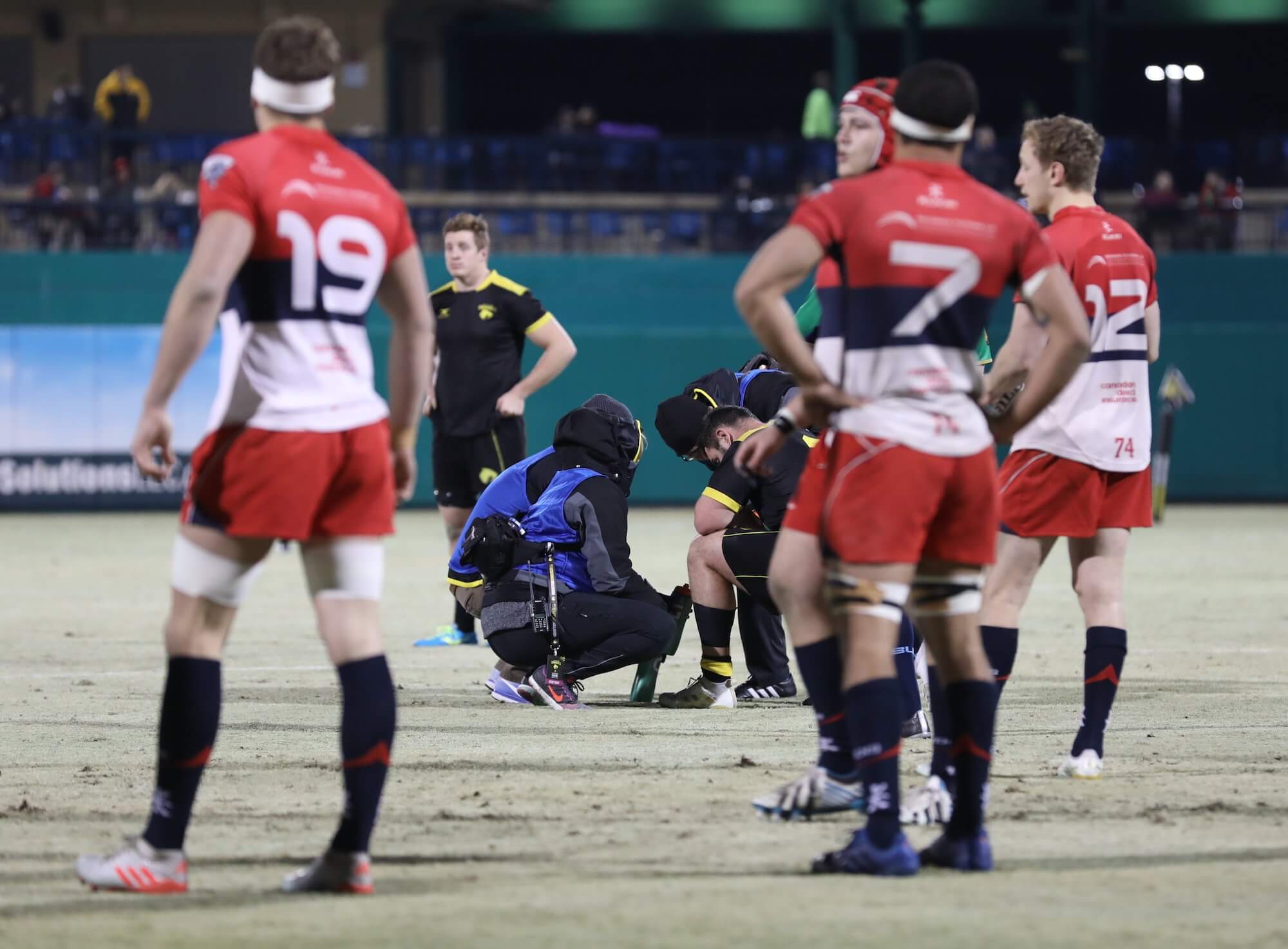 Houston has long been a sports city with devoted fans who cheer on the Texans, Astros, Rockets and Dynamo. This year, the city welcomes a new team—a rugby team—called the SaberCats, and Baylor College of Medicine has been tapped to serve as the team’s official medical provider.

One of the most popular sports worldwide, rugby has garnered a strong fan base in the United States. Major League Rugby, a new entity, launched seven teams this year to kick off its inaugural season in April.

“In life, it’s very rare to have the opportunity to formulate something from the ground up, so I feel very privileged, as we all do here at the SaberCats, to be part of the launching of Major League Rugby and bringing professional rugby here to the city of Houston,” said Houston SaberCats coach Justin Fitzpatrick, who went from professional rugby star to coach after three prolapsed discs in his neck ended his career in 2010. “It’s very exciting times.”

Those unfamiliar with rugby might be surprised by the high level of contact and collision involved in the sport with minimal protective gear. Rugby players do not wear pads or helmets like football players, which makes it seem intuitively riskier for physical injuries.

Baylor College of Medicine will oversee all aspects of player safety and health, including concussions, which have become a prominent concern with high-impact sports.

“[Rugby’s] track record is actually better than in football just because of the way they tackle,” said SaberCats lead team physician Jason Ahuero, M.D., assistant professor of orthopedic surgery at Baylor College of Medicine. “They don’t hit with their head. You can do that once and then you learn your lesson because you’ll get hurt pretty severely.”

According to Ahuero, who has worked with rugby teams for the past four years, many rugby concussions are due to accidental knee-to-head or head-to-head contact. By contrast, Ahuero said, football players “use their helmets as a battering ram and come in full speed to hit somebody.”

Although rugby players come into full contact with each other throughout the game, the incidence rate of concussions has generally been considered to be lower than football in large part due to strict reinforcement of proper tackling technique.

“As with any collision sport, there’s an element of risk to injury,” Fitzpatrick said. “We feel that with our partners at Baylor, the screening work and the medical expertise that we’ve got, we limit as much of that as possible. You can never protect a player on the pitch completely any more than you can anybody in life. With a collision sport, pretty much any sort of injury can happen. However, we pride ourselves on the way that we prepare our athletes, the way that they’re conditioned for the game and the way that they’re looked after before, during and after by our Baylor medical team.”

In addition to concussions, other common rugby injuries include shoulder dislocations, clavicle fractures and knee injuries. Neck injuries can also occur during the scrum, a formation used to restart play in which both teams lock arms, pack tightly together and push against each other with their heads down in an effort to gain possession of the ball.

“There’s thousands of pounds of pressure on their necks,” Ahuero said. “If that scrum collapses, the guy in the center, what they call the ‘hooker,’ is particularly vulnerable to a neck injury. That’s a unique rugby injury that can be catastrophic.”

With all the potential injuries, Ahuero and his team will keep a watchful eye on the SaberCats players. Unlike football, in which physicians and athletic trainers stand along the sidelines, rugby physicians “stay on the ball,” following the play up and down the field and even running onto the field to tend to an athlete while the match is underway because of rugby’s ongoing play.

“Rugby doesn’t ever stop,” Ahuero said. “It’s not like football where a whistle blows at the end of a play. [Rugby] stops occasionally if there’s a penalty, but really, the play is much more continuous.”

The SaberCats, who play their home games at the Sugar Land Skeeters’ Constellation Field, are currently in the middle of pre-season exhibition games.

Ultimately, the city’s newest team is passionate about having Houston fall in love with rugby, Fitzpatrick said.

“I think it’s going to be a really exciting day out,” Fitzpatrick said. “Whether people are familiar with rugby or not, once they’ve seen it up close and seen some of the athletes we’ve got, they’re going to have a good time.”