An Empty Place at the Table

An Empty Place at the Table 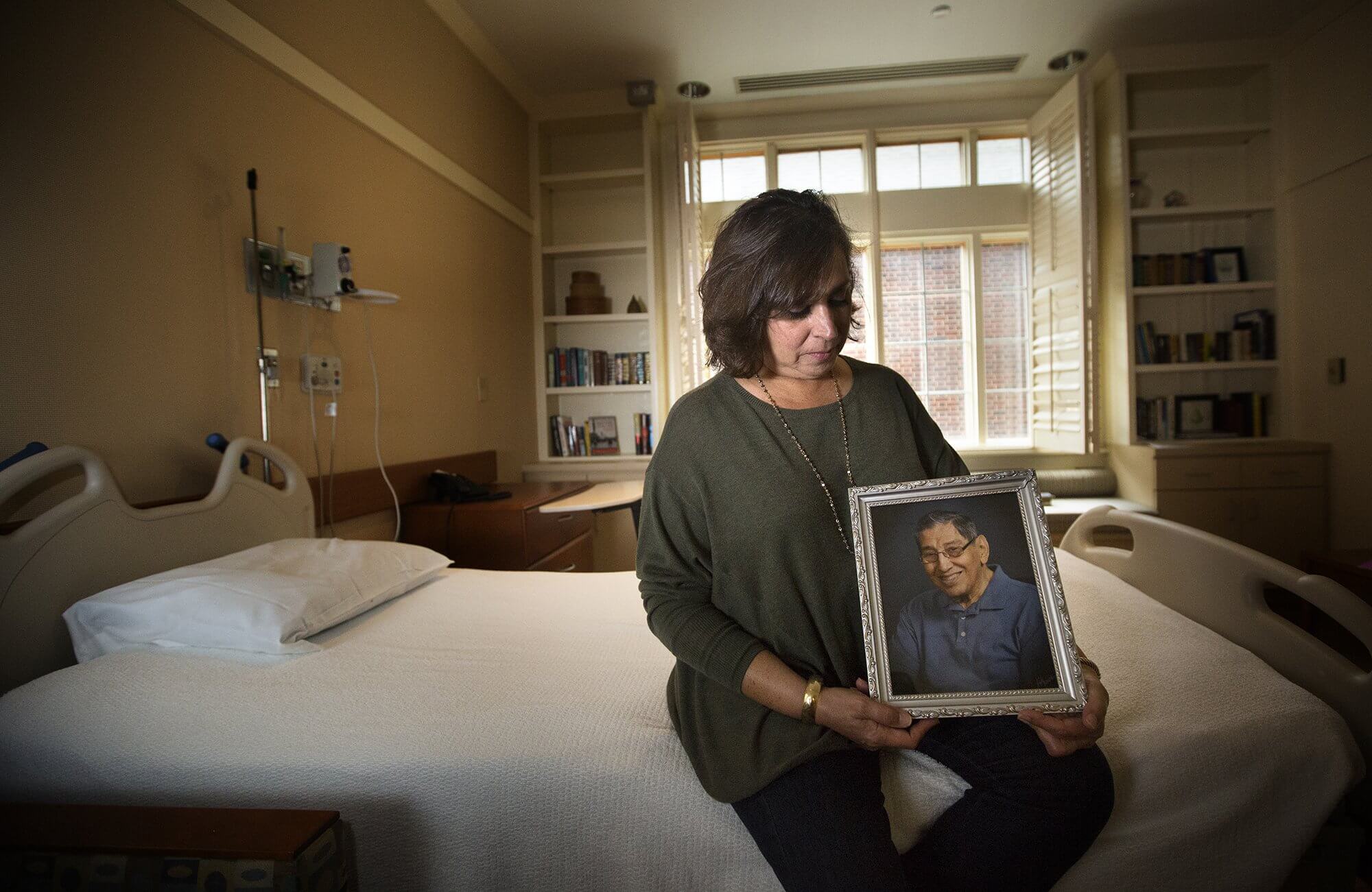 It’s hard to ignore the festive decorations designed to spread holiday cheer. Advertisements remind us that the holidays are a time for families to celebrate traditions and make memories, but for those mourning the loss of a loved one, the holidays can be difficult.

Valverde’s father, Eradio, passed away on June 6, 2016, three days after his 85th birthday. He had suffered multiple strokes since 1993 and was confined to a wheelchair after the death of his wife in 2003. In March 2016, after experiencing another stroke and a major seizure, he was admitted to Houston Hospice. He remained there until he died peacefully in his sleep.

In the years before her father’s death, Valverde would prepare an annual Christmas feast. Part of the tradition in her household was to make her mother’s fruit cocktail cake and macaroni salad.

“It was always my husband, my dad and me for the holidays,” Valverde said. “My dad was a quiet person. He just wanted to eat. Once he was done eating, he was ready to go home.”

But the Christmas following her father’s death wasn’t filled with the happy tranquility that usually permeated their home. There was a void in Valverde’s heart and she needed to grieve. After all, Valverde and her husband had looked after her father every single day for 13 years, feeding him, clothing him, taking him to church and doctors’ appointments. She had grown so attached to him as his caregiver that, after his death, she didn’t feel like she was losing a father, but rather that she was losing a child.

“Last year was difficult. My husband’s family invited us [for the holidays]. I went, but I didn’t stay the whole time. I just couldn’t. It just didn’t feel right,” Valverde said. “I just came home, laid on my bed and cried, missing [my dad] and wishing he was here.” 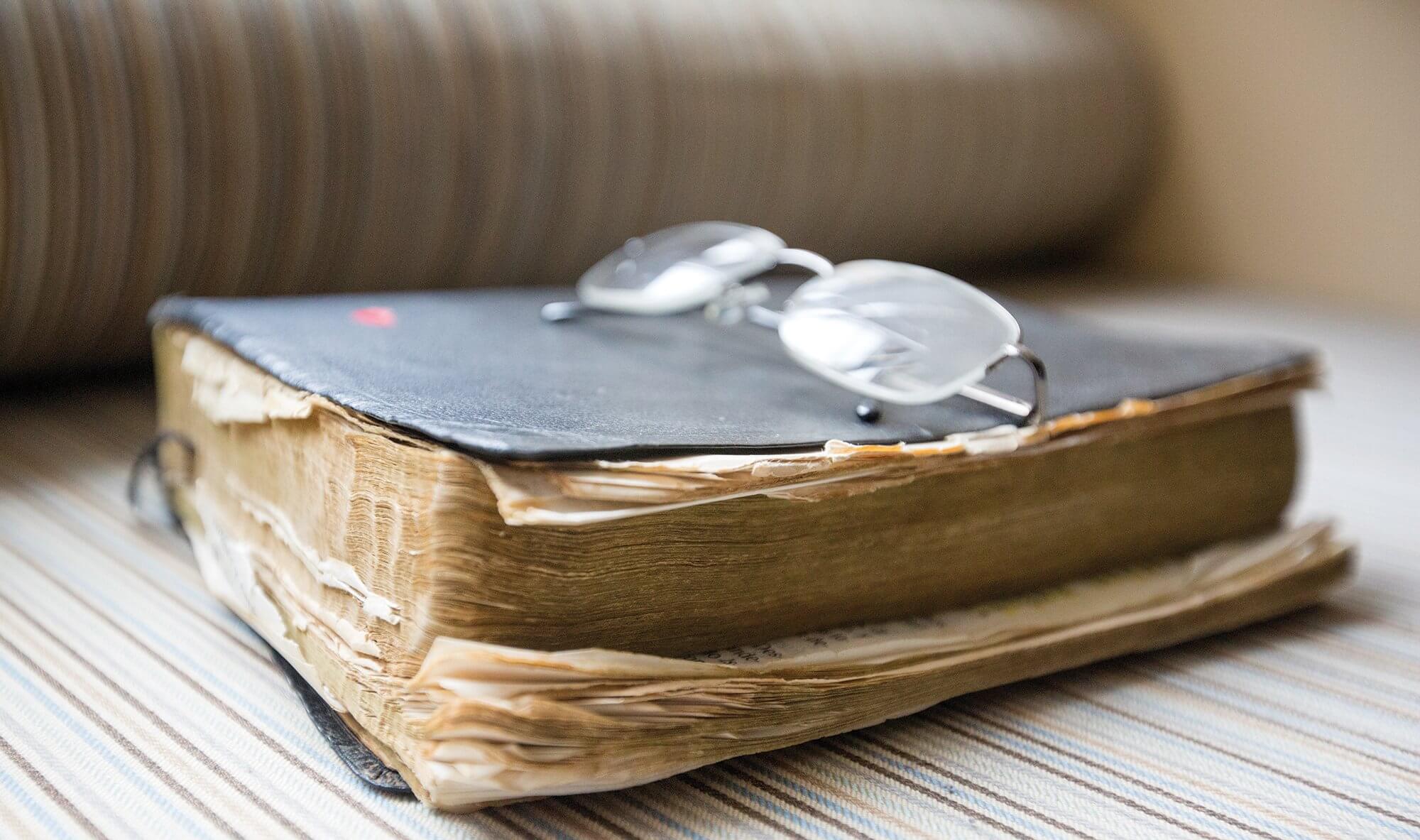 Valverde held on to her father’s Bible and glasses after he passed away at Houston Hospice in June 2016.

Earlier that year, though, Valverde attended Houston Hospice’s annual holiday seminar, “An Empty Place at the Table,” dedicated to helping family members cope during the holiday season. The seminar helped prepare her for how she might be feeling and how to handle her grief. The seminar provides an open forum for people to share their personal stories and concerns with others experiencing the loss of a loved one during the holidays.

“As human beings, we are hard-wired to form attachments. When someone we are attached to dies, it hurts. That’s normal,” she explained. “We have these cultural expectations that the holidays are supposed to be perfect. But there is no such thing, especially when you’re grieving.”

This year in Houston, the pain of losing a loved one has been compounded by the destruction and devastation left in Hurricane Harvey’s wake, Nelson added. In addition to mourning a family member’s death, people are dealing with the wreckage of their flooded homes and lost mementos.

“Harvey is the gift that has kept on giving,” Nelson said. “It’s an additional level of grief and loss, and has the trauma associated with it, too, that I haven’t experienced before in my career.” 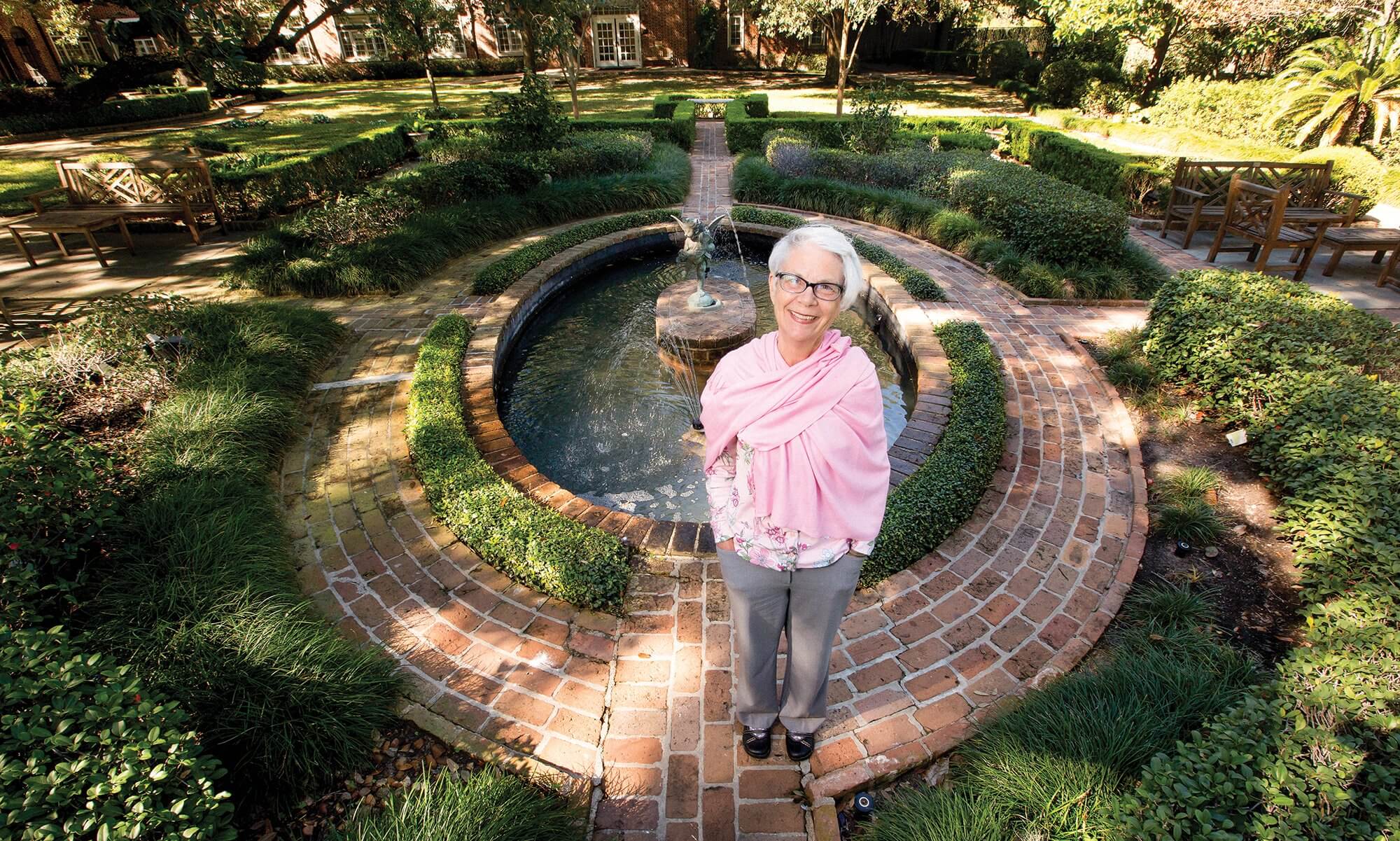 Nelson said that grieving family members often wish the holiday season would “disappear like the magician’s coin trick and reappear only when [they] are ready for it.” But whether or not they choose to participate in the festivities, host a traditional family dinner or spend time alone, it’s important for them to make a plan for the holidays and to give themselves permission to grieve.

“With the holidays, we tell people to make a plan for the day. Don’t think you’re going to wake up on Christmas and all of a sudden know what you want to do,” Nelson said. “If your plan involves other people, you set up plan B. Yes, you’ll accept their invitation and come to dinner, but if it’s horrible and awful, it’s okay if you don’t show up.”

There is no right or wrong way to cope with the emptiness left behind by a loved one’s death, but Nelson encourages people to dedicate time in their holiday schedules to share memories and reflect.

“We encourage folks to have some quiet time to remember, but also to make sure they have time with others to talk about the person who has died. Tell the stories,” Nelson said. “Yes, there may be tears at first, but that opens up the way to richness of their stories, the laughter and the remembering.”

For Valverde, there are still tears, but she plans to continue the tradition of putting up the 4-foot artificial tree she bought the Christmas before her mother’s death. She’ll decorate it with string lights and ornaments she and her siblings had given their parents from different places they had traveled. She’ll hang up three glass bells that her mother gave her, alongside the ornaments she bought in honor of both her parents’ deaths.

Although she still feels the loss of her father, she takes comfort in knowing her parents have finally been reunited in eternal life.

“Death makes you appreciate the loved ones you still have with you. It makes you realize what’s important and what’s not important,” Valverde said. “What is important is that you have your loved ones with you and they know you love them.”

After all, Nelson added, we grieve to the depths that we have loved. While there will always be sorrow and suffering in mourning someone’s passing, in the end, there’s some measure of peace in confronting death that makes room for newfound growth.

“When you’re willing to do the grief work, it makes you so much bigger, ” Nelson said. “To give meaning to someone else’s life, you can’t help but grow yourself.”