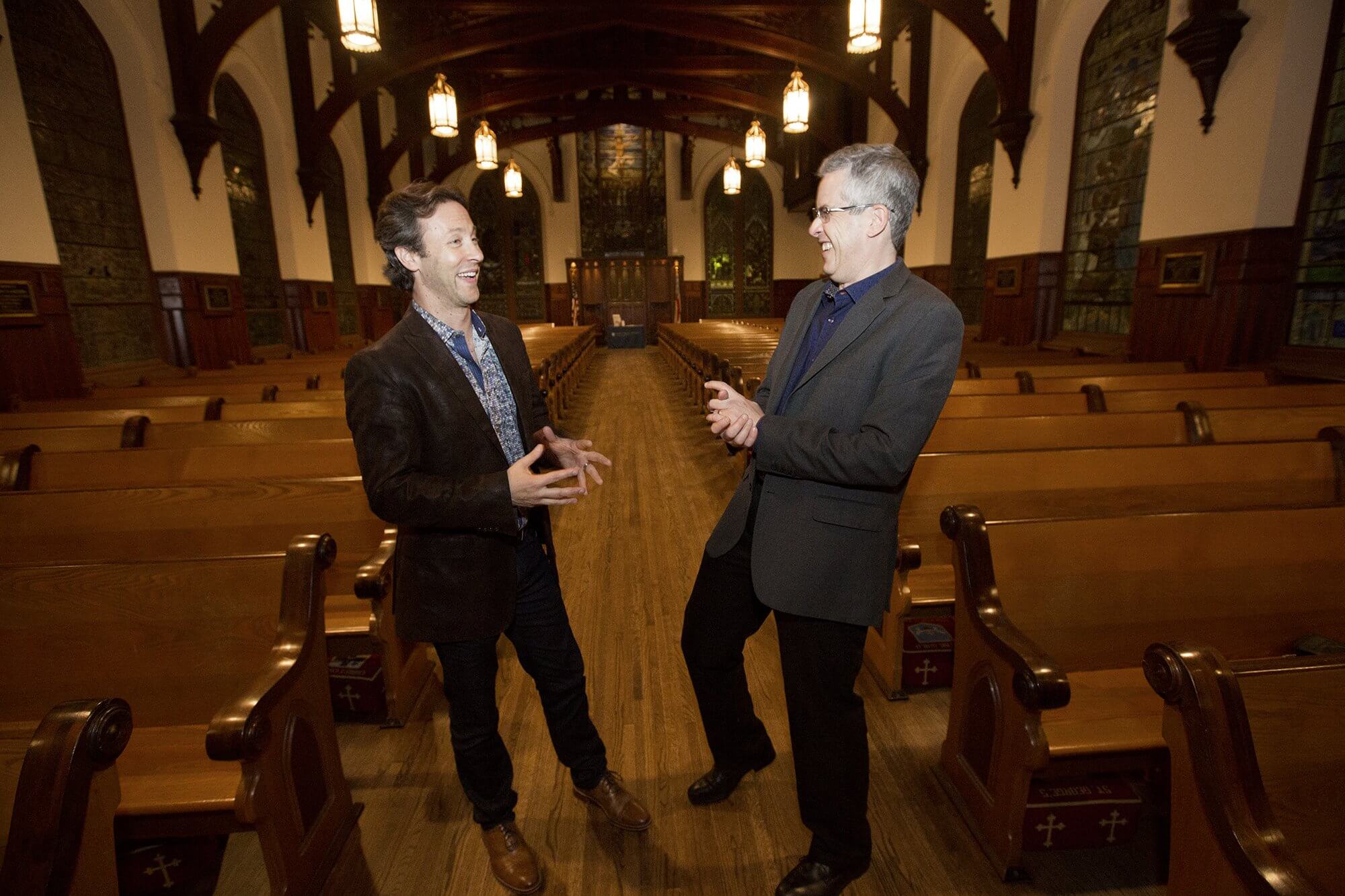 Four years ago, a neuroscientist and a music composer walked into a coffee shop.

What was supposed to be a quick break for David Eagleman, Ph.D., and Anthony Brandt, Ph.D., turned into an intense discussion about medicine and art—their passions—and how creativity makes human beings different from every other species on Earth.

And that’s where the idea for their new book, The Runaway Species: How Human Creativity Remakes the World, was born.

“We started talking about the creative process and the more we talked about it, the more we realized we had a lot in common in the way we looked at it, almost a 99% overlap,” said Brandt, a professor at Rice University’s Shepherd School of Music. “We realized we had to write a book about it. We decided from the outset that we would write every word together. … That way, it would be in a single voice and it wouldn’t be a hodgepodge.”

The pair hammered out the book in Eagleman’s dining room on weekends, and kept writing even after Eagleman left Baylor College of Medicine to work at Stanford University in California.

As Eagleman explained to a packed house at Christ Church Cathedral on Nov. 16—a Brazos Bookstore event to promote the book—human brains are unique in that they have an expanded cortex. 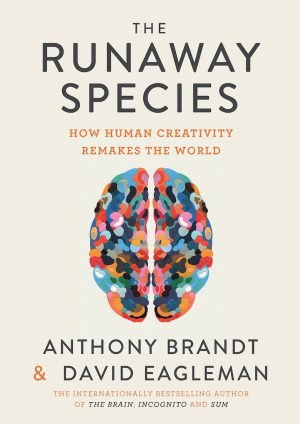 “The expansion of our cortex led to two things,” said Eagleman, whose previous books and a PBS series on the brain have earned him devoted followers, even groupies. “The first is that we got more room between input and output, so we don’t have to act reflexively. Instead, when inputs come in, we can chew on them and then act on them, or, maybe not. The second thing that happened was that in the expansion of the cortex, we have a much bigger pre-frontal cortex and that is the thing that allows us to generate what-ifs. That is the thing that has unleashed this capacity for humans to lean into the future, generating hypotheses and evaluating them.”

The Runaway Species argues that all humans, from middle school janitors to world-renowned painters, have creativity in their brains, living somewhere between the thirst for novelty and the longing for familiarity.

“Creativity is democratically distributed by nature,” Brandt said. “Mother nature gives that to every population and every demographic. People differ in their creative abilities and they differ in their interests, but it is the software that is running in everybody’s brain.”

Eagleman and Brandt worked their way back through centuries of innovation and discovery to determine how ideas come about. Their framework for the creative process contains three strategies: Bending, which is taking an idea and transforming it by twisting it out of shape; breaking, which entails taking a whole idea and breaking it into different pieces; and finally, blending, or merging two or more ideas to make something new.

“Bending, breaking and blending are the main brain operations that underlie innovative thinking,” Eagleman said. “We apply this basic cognitive software to everything around us and in doing so, we generate a tidal wave of novel worlds in front of us.”

The Runaway Species is filled with examples of bending, breaking and blending that have transformed the world.

“You can bend our biology, too,” Eagleman said. “Hearts fail, and scientists began to wonder if they should make an artificial one. In 1982, they made a mechanical pump. It was big and heavy and it would wear down in time. In 2004, doctors in the Texas Medical Center came up with the continuous-flow heart. It doesn’t pump anymore … but instead cycles blood through constantly so it gets oxygenated. There is still a heart inside of your chest, but it doesn’t use the same principles as mother nature gave you—it is a bend of what is found in nature.”