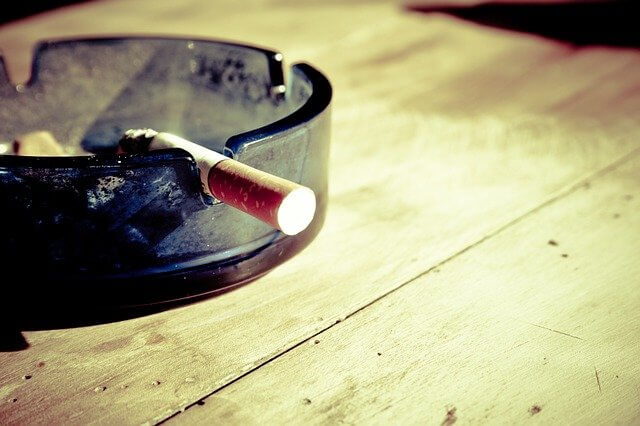 New anti-smoking advertisements look like nothing consumers have seen before.

The ads display plain black text on a plain white background. There are no images of any kind. A monotone, seemingly robotic voice reads the text, with no vocal inflection and no music in the background.

If it seems like the advertisements violate every rule of Advertising 101, that’s intentional.

“They don’t want these things to be attention-grabbing,” said Lorraine Reitzel, Ph.D., chair of the Department of Psychological, Health and Learning Sciences at the University of Houston College of Education.

The ads are the result of legal negotiations that date back to court rulings from 2006 that have finally been resolved. Experts say every aspect of these ads—from content to font sizes—was litigated. The result: a series of nondescripts advertisements that, in some ways, may stand out because they’re so plain.

In the court-ordered advertisements, which are airing on broadcast television and in print in major newspapers, cigarette-makers offer “corrective statements,” acknowledging that smoking kills, nicotine is addictive, and the cigarette makers designed cigarettes to make them more addictive. They also acknowledge the dangers of secondhand smoke.

The tobacco companies aren’t taking a modern approach to outreach, and experts say that’s also by design. The messages air in prime time slots on broadcast television networks and in print newspapers like the New York Times and Washington Post. Those are not considered optimal ways of targeting young people.

“The ads have no appeal,” said Jennifer Cofer, MPH, director of the EndTobacco Program at The University of Texas MD Anderson Cancer Center. “They’re not going to spark any interest in youth.”

Reitzel pointed to another major shortcoming of the ads: Conspicuously absent from them is any mention of how smokers can find resources to help them quit.

Despite their shortcomings, though, the ads are a “huge public health win,” Cofer said.

“This is what we wanted to see—that they don’t deny their marketing tactics,” Cofer said. “They can no longer misrepresent themselves.”

If the production value of the commercials doesn’t stand out, their plainspoken frankness—of knowingly marketing deadly, addictive products—might.

“These are messages that, thanks to the public health community, have been communicated for a long time,” said Ernest Hawk, M.D., MPH, vice president and division head for cancer prevention and population sciences at The University of Texas MD Anderson Cancer Center. “The new part is who is sending the message. It’s the same message, from a difference source.”

The advertisements come at a convenient time for cigarette-makers, Reitzel said. Smoking rates are declining quickly, so cigarette companies are already designing new ways of delivering tobacco and nicotine to consumers. The companies are admitting to their misdeeds about cigarettes at a time when cigarettes represent a shrinking portion of their portfolio.

Still, it’s significant that tobacco companies can no longer deny the addictive nature of nicotine or the dangers of secondhand smoke, Cofer said. Because the court-ordered advertising is so dry, the public health and advocacy communities will likely use the cigarette makers’ words in their own messaging, she said.

But there’s something to be said for the unusually austere advertisements.

“It may be that they’re so odd—so unlike any other marketing—that perhaps they might get attention,” Hawk said.

COVID-19 has transformed the business of organ transplants