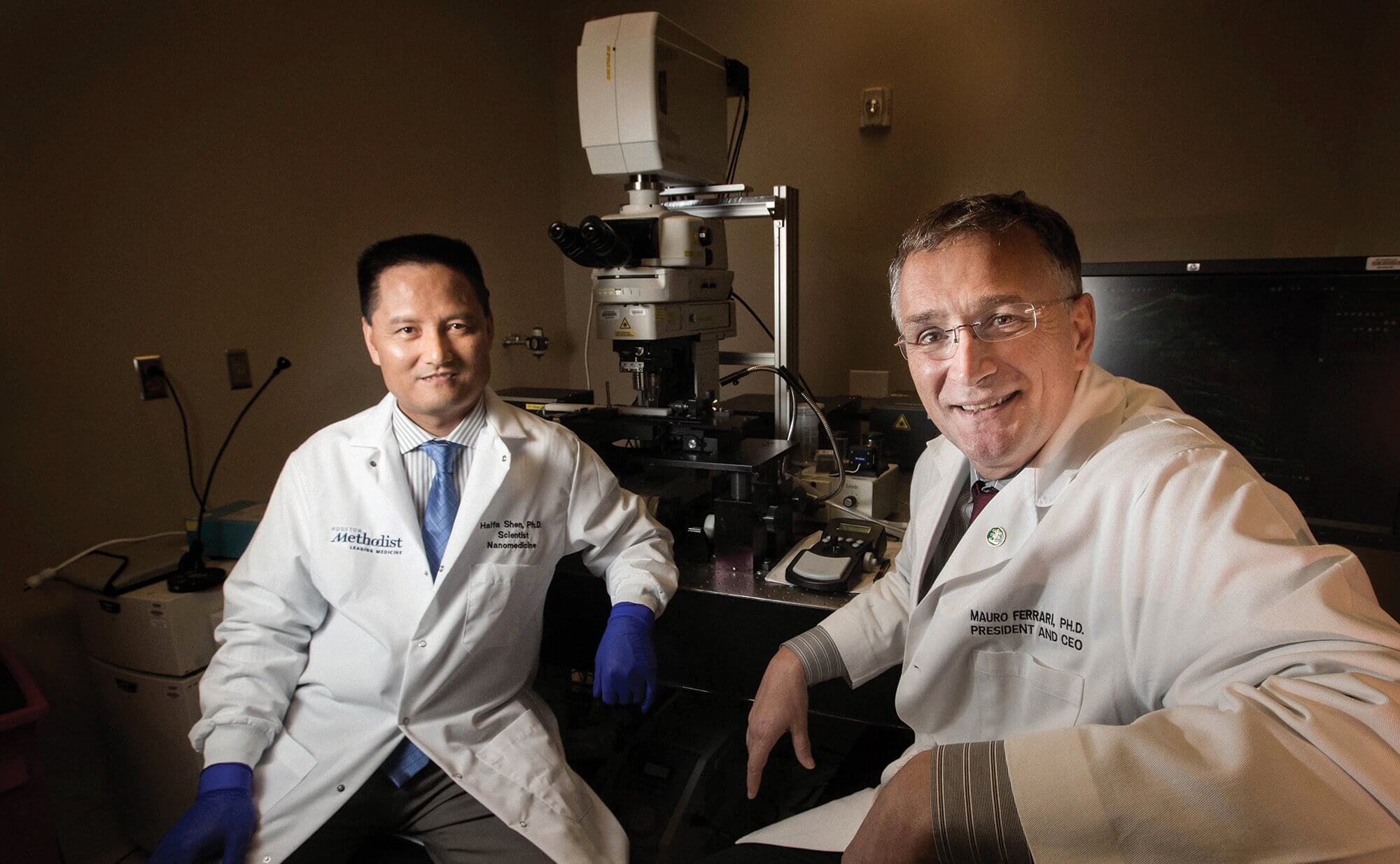 A multidisciplinary team of researchers and clinicians at Houston Methodist received nearly $16 million from the U.S. Department of Defense’s Breast Cancer Research Program to fast-track a revolutionary new drug that could potentially provide a long-term cure for metastatic triple negative breast cancer (TNBC).

In preclinical cases, iNPG-pDox cured an unprecedented 50 percent of TNBC with metastases to the lung and liver in mice models. If these results successfully translate to humans, Ferrari explained, that would be equivalent to approximately 24 years of long-term, disease-free survival. Although the other half of the cases were not cured, the drug was still able to shrink metastatic tumors, allowing the mice to live three times longer.

“By having an impact on liver and lung, we could literally save the majority of metastatic patients. Nobody has ever cured metastatic disease, so this is an exciting opportunity,” Ferrari said. 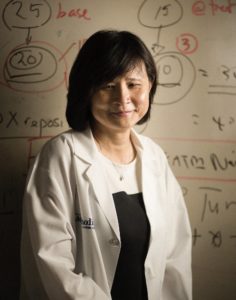 Breast cancer is the second most common cancer in women, behind skin cancers. The American Cancer Society estimates approximately 252,710 new invasive breast cancer cases and about 40,610 deaths each year.

Chances of survival are much bleaker for patients with metastatic TNBC, a more aggressive form of breast cancer that has a higher recurrence rate after treatment. TNBC is called “triple negative” because it tests negative for estrogen receptors, progesterone receptors and human epidermal growth factor receptor 2. These receptors are responsible for the growth of most breast cancers and are often what doctors target to treat the cancer. Because they are not present in TNBC patients, treating their cancer is akin to taking a shot in the dark.

“It is a particularly painful journey for patients,” said Jenny Chang, M.D., director of the Houston Methodist Cancer Center. “For a long time now, we’ve been trying to find out what really drives triple negative breast cancer. We’ve had some successes, but by and large, even today, the only treatment for triple negative breast cancer is chemotherapy. Once it’s metastatic, it’s still largely incurable.”

Even immunotherapy drugs, although promising, are not the holy grail for metastatic TNBC patients.

“If they work, they will work very well. They can significantly and dramatically extend a patient’s life, but they are only helping a very small number of patients,” said Haifa Shen, M.D., Ph.D., a lead scientist at Houston Methodist in the department of medicine. “Now, with iNPG-pDox, we are talking about the vast majority of patients who are still not being properly taken care of. There’s a major task ahead of us in cancer treatment.”

As metastatic tumors grow and evolve, the layers of biological barriers (circulation, tumor microenvironment, cells and organelles) that direct the traffic of cells, molecules, nutrients and metabolites in the body mutate. This changes how the barriers function and redirects chemotherapeutics away from normal pathways, weakening the potency and efficacy of the drugs that do make it to the tumor site. Because the chemotherapeutics cannot completely wipe out the cancer in this fashion, tumor cells repopulate and develop a therapeutic resistance.

For the past 25 years, Ferrari has dedicated his career to identifying those “magic keys.”

Knowing that simply loading drugs into nanoparticles and delivering them to the site of the tumor is ineffective due to the biological barriers, the scientists were forced to rethink their approach.

Then came the breakthrough: Trick the cancer into making the nanoparticles inside the tumor.

Ferrari and Shen created disc-shaped silicon microparticles that were loaded with strands of molecules, called polymers, which were infused with doxorubicin, a commonly used chemotherapy drug to treat cancer.

Ferrari and his team likened the drug to the mythological tale of the Trojan horse. Instead of attacking the walls of Troy, Greek soldiers constructed a large wooden horse that smuggled them into the city for a strategic strike in the heart of Trojan territory. The silicon nanoparticles functioned like Trojan horses. By mimicking endosomes, which are organelles that regulate the traffic of protein and lipids into cells, the nanoparticles were able to pass through the cell membrane and deliver the highly potent payload of doxorubicin directly to the nucleus, effectively destroying the tumor cell.

The result? Half of the TNBC mice with lung and liver metastases were cured. The other half saw tumor shrinkage.

“The day [Shen] walked into the office and said, ‘Look what this is doing to the mice. These mice are refusing to die,’ that’s transformational. From that day on, life became a mission,” Ferrari said. “From the moment you realize you have in your hands something that can transform cancer care, curing people who otherwise could not be cured, then it’s no longer a job. … All of a sudden, it becomes a mission. It’s ministry.”

Cycle of a cure

Ferrari and Shen published their findings in the March 2016 issue of Nature Biotechnology. But bringing viable treatments from bench to bedside is a painstakingly arduous process that typically takes close to 17 years and costs billions of dollars.

“If I find a new treatment, to be very blunt, it doesn’t benefit the patient at all. By the time the cancer is diagnosed, the patient’s not going to be there anymore,” Chang said.

But thanks to the Department of Defense’s grants and the Good Manufacturing Practices facility housed within the Houston Methodist Research Institute, Ferrari and his team will be able to accelerate the process of completing safety studies, filing an Investigational New Drug application with the U.S. Food and Drug Administration (FDA) and conducting Phase I and II clinical trials with 46 metastatic TNBC patients within four years.

“With all the different treatments we have—be it immunotherapy, targeted therapy, chemotherapy—we prolong life, but we do not cure. If we’re able to cure half the women with TNBC, it’s something that we will prepare, package and go to the FDA to ask for expedited approval. Therefore, we would be able to offer it to women quickly,” said Chang, who will lead the clinical trials. “If the delivery works, it will genuinely be revolutionary.”

The results of the preclinical trials have given the scientists good reason to hope that there finally will be a cure for metastatic breast cancer and that women can be saved from the devastating side effects of traditional cancer treatments. If the drug proves to be as effective in curing humans as it was in curing mice, Ferrari and his team believe it could open the door to a whole new world of cancer therapy for other types of cancers, as well.

“Very few times in life do you have a chance to take a shot on goal, but when the ball is there and the goal is there, you have to take it,” Ferrari said. “You cannot shy away. You have to kick it as hard as you can.”