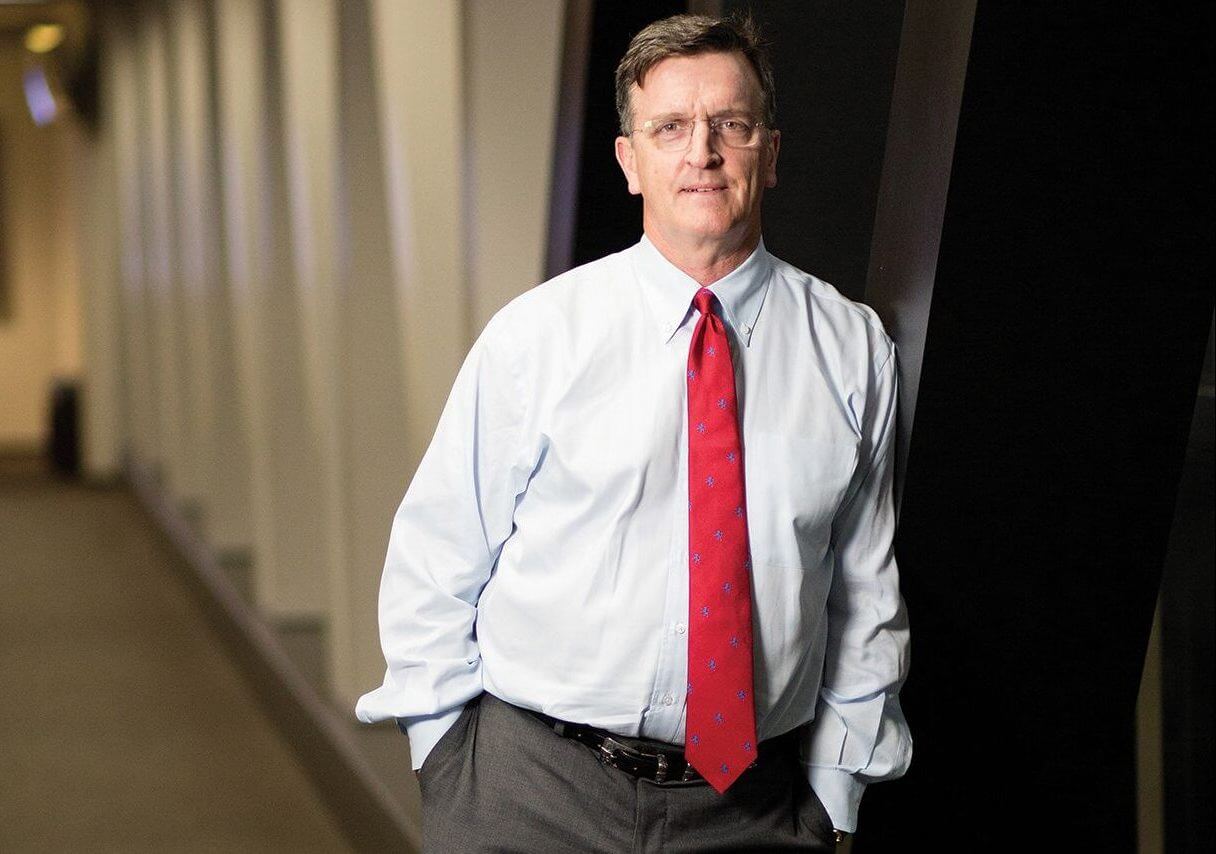 Q | Tell us about your background.

Q | What made you decide to go into cardiac surgery?

A | My dad was a surgeon. My dad had trained in internal medicine, too, first, but decided to be a surgeon. I consciously made a decision to keep an open mind. So I literally went through all of my rotations in the third and fourth year of medical school with that approach.

I don’t know why, but I remember specifically the first day of my internship. They had a little lunch for us. One of the administrators said to me, ‘Well, what kind of surgeon do you want to be? And I said, ‘Well, I don’t really know. I’m really interested in pediatric surgery, maybe trauma, but I want to keep an open mind. But I know for absolute certainty that I don’t want to be a heart surgeon.’

Q | What did you learn about cardiac surgery during those formative years?

A | You had to be ever-vigilant about what was happening with the patient. Patients could be very, very unstable, very sick. With really precise operations, you’d make people much better—not just keep them from dying, but allow them to have a much-improved quality of life. If you did a very good operation, the patient did well. If you didn’t do a very good operation, you could take somebody who was not that sick and kill them. The management of patients in post-operative care, in the intensive care unit, required really intensive care. You have to be able to identify subtle changes in their course and intervene. I found it exciting, exhilarating really. You could actually see yourself getting better at it the further along you went.

And then, my exposure to congenital heart disease was that, but on steroids. You found these poor babies  or poor kids that had these terrible problems, and you could make them better and allow them to go have a normal life. That’s what attracted me to cardiac surgery, and still keeps me excited about cardiac surgery.

Q | On television, cardiac surgeons are typically portrayed as cutthroat and competitive. Do you see that as a truth or a misleading stereotype?

A | I think there is some truth or certainly some basis to the stereotypes in us, and I think that’s becausecertain personality types tend to be attracted to certain kinds of specialties. For some of the reasons I stated, heart disease is a terrible problem in that it requires an intensity, it requires a focus. It mandates that you make decisions quickly. If you’re right, the patient does well, and if you’re wrong, the patient may suffer some consequences. So you have to be pretty sure of yourself.

Q | What led you to Houston?

A | Out of the blue I got a phone call from former TMC President and CEO Bobby Robbins, M.D., who I had known. The heart surgery community around the country is pretty small, so you get to know people, and some people very well. Bobby, a heart surgeon himself, is such a great guy, and it’s extremely easy to like him. He said, ‘They’re looking for a chief of cardiac surgery at Methodist. I think you’d be a good fit for it. Why don’t you come down and visit?’

So, I did. To be honest with you, I didn’t think I was going to come here. I had never been to the Texas Medical Center. I heard about it. It’s a world-famous place. It’s kind of like being a young adult and having never been to Disney World. For no other reason, I thought it’d be great to come down and see first-hand what I’d heard about for my whole medical professional life.

Q | You decided to stay, so, obviously, you liked what you saw.

A | I did. Literally, when I first stepped out of the taxi, I was overwhelmed by just the sheer size of the Texas Medical Center. Surgeons tend to like history, and they certainly like or tend to have hero worship, and there are plenty of surgical heroes that over the years have been here. Between those two things, it was overwhelming.

But what impressed me more than anything were the possibilities for the future. Having spent time talking with Alan Lumsden, M.D., [chief of cardiovascular surgery at Houston Methodist DeBakey Heart & Vascular Center] and Osama Gaber, M.D., [director of the Houston Methodist J.C. Walter Jr. Transplant Center and professor of surgery at Houston Methodist and Weill Cornell Medical College] and a whole list of people, they seemed very intelligent, very accomplished, very excited and had great vision for where they wanted to take Methodist.

Q | How did you first get involved with adult congenital heart disease?

A | One of the cardiologists at Mass General was one of the very first people to take an interest in adult congenital heart disease, and he and I partnered together.

Congenital heart disease would be heart defects that you’re born with as opposed to what we refer to as acquired heart disease—things that you develop throughout life due to risk factors or misfortune, like coronary artery disease, aortic valve stenosis, mitral valve prolapse or aortic aneurysms.

We’re learning that things we thought we fixed when patients were children, as it turns out, maybe weren’t fixed forever. Some of the repairs start to develop problems or they develop problems related to their repairs. Physicians solved the problem then, but they created a problem for now.

There are people who have congenital heart disease that was repaired who have now developed acquired heart disease. In order to be able to manage that, you have to have a real understanding of both of those kinds of problems. It’s in that way very much a new frontier.

Q | Since you say adult congenital heart disease is a new frontier, where would you like to see it go?

A | Adult congenital heart disease is a gathering storm, if you will. There are a whole lot of patients who were treated and, at the time, were told that they were cured. They are no longer children, so they don’t see the pediatrician or cardiologist that knew about it, and they don’t necessarily realize that they may have an evolving congenital heart problem.

What I would like to see is centers like ours help get the word out to those patients who may or may not know that they need to be evaluated. I would like the resources to be available to those patients—not only at our center, but at other centers. I do think that with the team we have here, we’re uniquely positioned to help lead that way.

Q | I read that you helped a girl from Haiti with her heart disease. Have you had certain opportunities during your career that have made you especially proud?

When I was training medical students and residents over the years, my No. 1 rule was always be nice to the patient. That’s one of the things my dad taught me. Before I started my residency, he said, ‘Tom, the most important thing about being a doctor isn’t being famous or writing papers or being a professor. The most important thing is taking care of the patient. You can’t always make the right diagnosis. You can’t always cure every disease. But you can always be nice to the patient.’ Oftentimes, that’s the most effective medicine and therapy you can bring to them.

A cardiologist in the greater Boston area when I was up there, went on a mission to Haiti. He had been going back and forth, and he took his son down, who was a high school student, just to give him a transformational experience. The cardiologist was going to donate an EKG machine from his office to this clinic.

When the cardiologist brought his son in for his post-op evaluation, we were talking and he asked me if I would take care of a girl he met in Haiti who had terrible heart disease, but no one to take care of her. I agreed that if we could figure out a way to get her up here, I’d take care of her. They did, and I did. I’ve been fortunate to be able to help take care of a lot of people over the years.

Thomas MacGillivray, M.D., was interviewed by Pulse reporter Christine Hall. This interview has been edited for clarity and length.