On the Side: Stephen Incavo, M.D.

On the Side: Stephen Incavo, M.D. 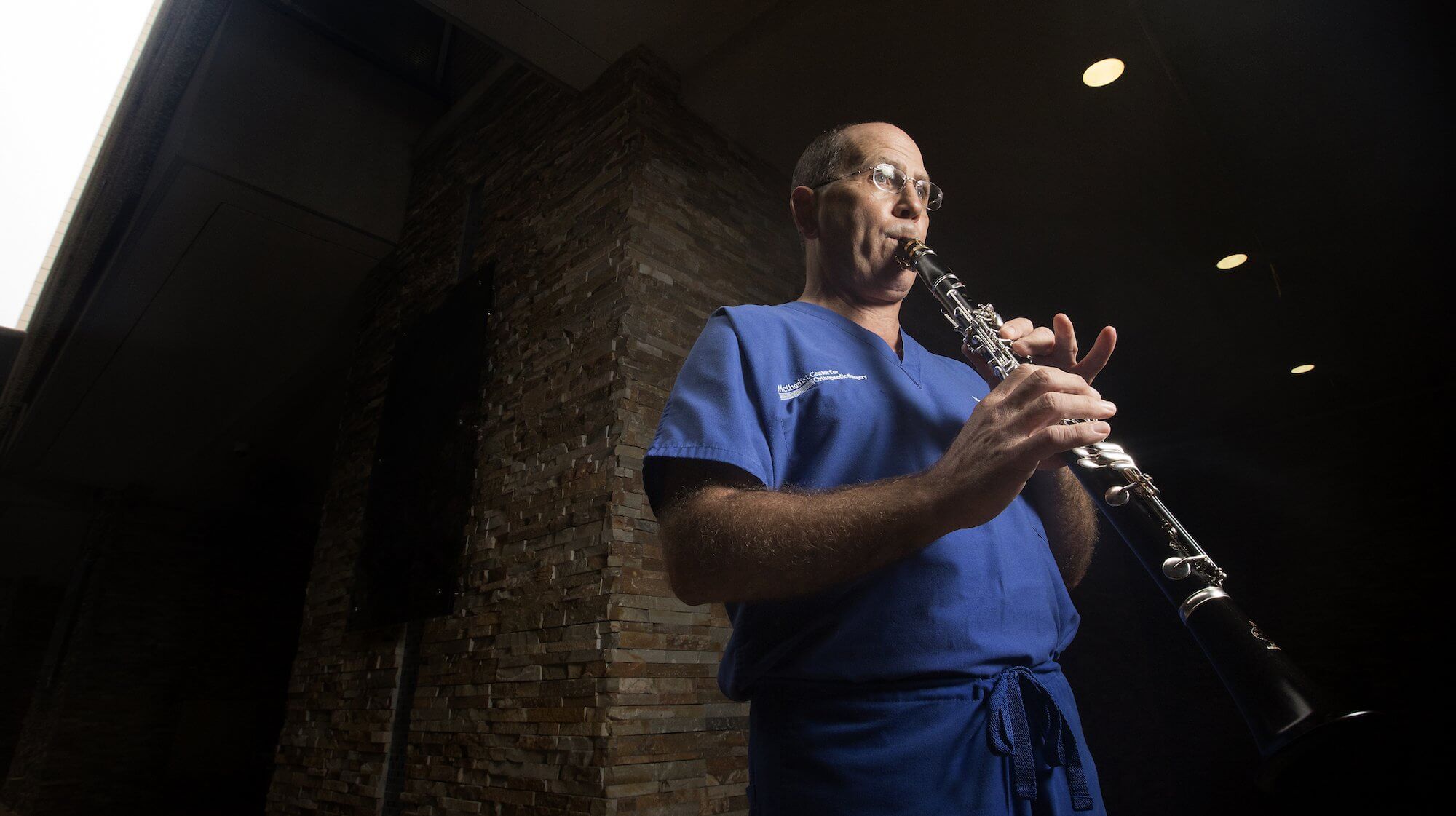 When Stephen Incavo, M.D., isn’t performing joint reconstructions or hip and knee replacement surgeries, he can be found practicing one of Carl Maria von Weber’s concertos on his clarinet. For Incavo, music is a release from the stress of his job.

“I’m a very intense guy when it comes to surgery,” Incavo said. “Surgery is a big deal and I want to make sure it’s a big deal. I don’t like to minimize it by saying, ‘This is an easy case.’”

The Rochester, New York, native first picked up the clarinet in fourth grade, when his teachers introduced students to music classes. Never one to shy away from a challenge—even at a young age—Incavo quickly became enthralled by the discipline and hard work that was required to hone his musical talent.

“Some kids don’t like practicing, but I always did,” he said. “Improving, learning new things and hearing the sound, I always liked that.”

Incavo continued to practice the clarinet throughout his childhood. He joined his college’s orchestra as principal clarinetist and often performed in jazz groups and dance bands in medical school to earn a little extra money on the side.

However, as his medical career became increasingly more demanding, it became difficult for him to find time to practice the clarinet. But his passion for music did not die.

“If there’s music in the background playing somewhere, I’m usually listening to that more than the conversation around me,” Incavo said. “It just grabs me.”

Incavo reconnected with his love for music in 2011 when the Texas Medical Center Orchestra held open auditions. He dusted off his clarinet and began taking lessons again. Since then, he has played in several performances around the Houston area, including the Margaret Alkek Williams Crain Garden Performance Series at Houston Methodist and recitals at the University of St. Thomas.

He spends at least an hour each day practicing clarinet. While it’s important to master the musical pieces, Incavo said, it’s equally important to continue to master the basics. For woodwind or brass instrument players, the most important basic technique to practice is long tones, a breathing exercise in which a note is played and sustained for an extended period of time, slowly transitioning to a higher or lower note or scale. The goal is to maintain mellifluous and controlled sound on the instrument in a single breath.

“Practice can be kind of boring,” Incavo said, “but it’s what you need to do to keep up.”

In 2015, Incavo released his first CD, The Colorful Clarinet, a compilation of three solo clarinet pieces and a duet. The album opens with Incavo’s personal favorite, “Fantasia da Concerto on Verdi’s ‘Rigoletto,’” one of 19th-century Italian composer Luigi Bassi’s 15 operatic fantasies. Bassi composed the piece with fast notes specifically to demonstrate a clarinetist’s virtuosity and technical abilities, a trend that was popular in his day.

“It’s a really hard piece, a very technical piece,” Incavo said. “I figured I wasn’t going to get it any better than that, so I decided to record it.”

Incavo released his second CD, The Colorful Clarinet Duets, earlier this year, and he is currently working on a third CD featuring a string quartet. He is also preparing for upcoming appearances in Houston. He will be part of a Johannes Brahms quintet that will perform in Crain Garden in December.