New way to treat cholesterol may be on the horizon

Study reveals 40 years of research needs to be rethought

New way to treat cholesterol may be on the horizon 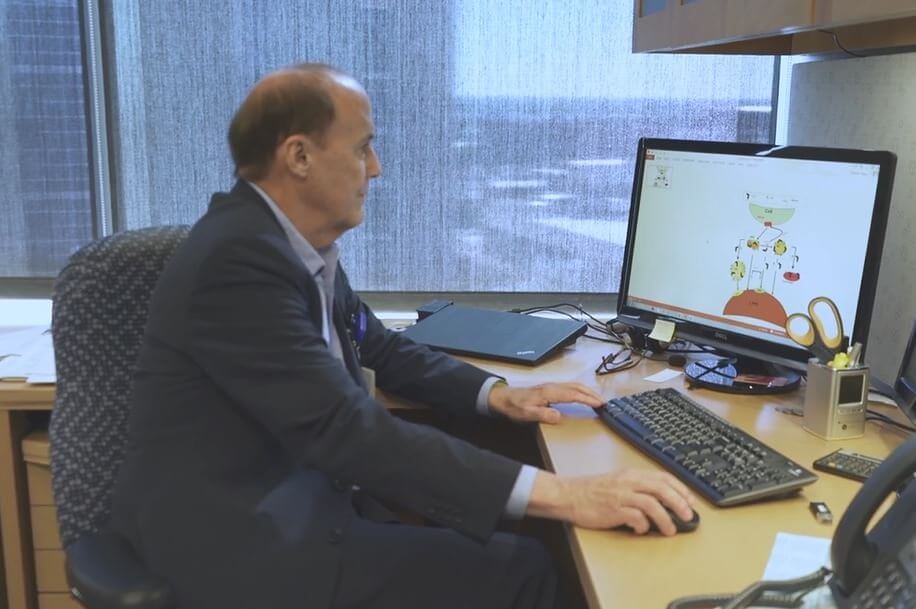 A breakthrough discovery by scientists at Houston Methodist could change the way we treat cholesterol. Researchers found new evidence that challenges a 40-year notion of how fast we eliminate it from our bodies.

This accidental discovery, made by medical biochemist Henry Pownall, Ph.D., and his team at the Houston Methodist Research Institute, reveals a new pathway in the cholesterol-elimination chain that will be key to developing new drugs to lower cholesterol. Their findings are described in an article titled “ABCA1-Derived Nascent High Density Lipoprotein-Apo AI and Lipids Metabolically Segregate,” appearing online Oct. 26 and in print Nov. 21 in the American Heart Association’s Arteriosclerosis, Thrombosis, and Vascular Biology journal.

Pownall, who is the corresponding author, said the initial purpose of their study was to prove the current model of cholesterol transport through the body was correct. It turns out, however, that the model was not quite right.

“The model people have been using for 40 years presumed that cholesterol was transported from the arteries with other lipids and proteins and entered a particle that stayed in the blood for several days before being cleared by the liver for disposal,” Pownall said. “What we discovered in the process was something different. We discovered the cholesterol skips all these steps and goes directly from this early particle to the liver in two minutes. This is a thousand times faster than what was formerly suspected.”

Pownall stresses that it’s not that current practices of treating “bad” LDL cholesterol are incorrect, but instead that physicians and researchers need to better understand how the “good” HDL cholesterol contributes to cardiovascular disease and how to raise it in a way that protects the heart, because some patients with very high HDL numbers, which were always thought to be beneficial, are actually at risk.

“LDL cholesterol, the so-called ‘bad cholesterol’ is well controlled with the current statin therapies. The track record for these cholesterol-lowering drugs is indisputable, and they will continue to work,” Pownall said. “HDL, or the ‘good cholesterol,’ however, is a much trickier system. Not everything that raises it protects the heart and not everything that lowers it is bad for you. We will need to redesign new drugs to lower plasma cholesterol in a way that takes into account this new mechanism. We will look for interventions – maybe dietary, maybe pharmacological – that raise HDL cholesterol in a way that helps protect the arteries and prevent cardiovascular disease.”

Researchers collaborating with Pownall on this paper were Bingqing Xu, Baiba K. Gillard, Antonio M. Gotto Jr., and Corina Rosales, and the work was supported by a High-density Lipoprotein (HDL) Biogenesis and Speciation grant from the National Institutes of Health’s National Lung, Heart and Blood Institute (R01HL129767), Deutsche Forschungsgemeinschaft (Exc114-2) and Fondren Foundation.