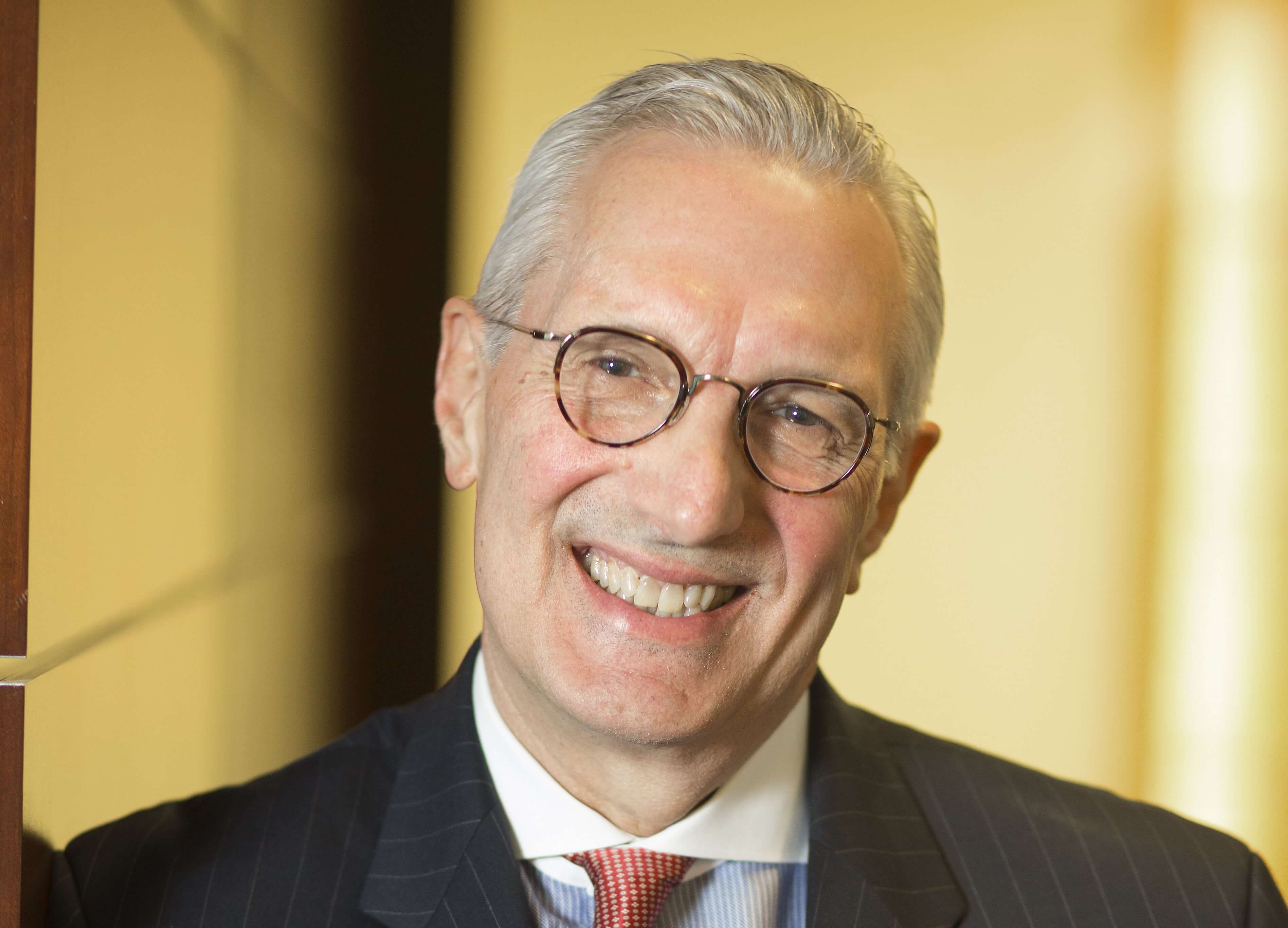 The fly-fishing paintings and golf course photos in Chuck Stokes’ office are there to remind him that, every so often, he should take time to relax.

But there hasn’t been much down time since he was named president and CEO of Memorial Hermann Health System in July 2017.

At the end of August, Stokes found himself preparing Memorial Hermann’s 19 hospitals to ride out Hurricane Harvey. As the executive in charge of the command center, he relied on his training from Hurricane Ike.

“My role was to organize, making sure everyone had what they needed, that we had enough staff, had enough food and had enough supplies,” said Stokes, who served nine years as COO at Memorial Hermann before his promotion. “We worked as a team, all of the executives throughout the organization.”

Stokes’ very first week at Memorial Hermann, in September 2008, ended with Hurricane Ike. But Harvey was a very different type of storm. Ike was a two-day event, but Harvey swirled above Houston and stayed, dumping rain for five days. During that time, Stokes said, his employees “did an incredible job of taking care of our patients,” which included delivering 564 babies, performing 748 surgeries and admitting 2,589 patients.

Unfortunately, about 2,700 employees were displaced from their homes and more than 800 employees lost their transportation. The executive team is reaching out personally to each of the displaced employees and has raised $6.8 million to help them get back on their feet.

“You could not have seen 25,000 people pull closer together,” Stokes said. “We even had a physician use his boat to rescue 100 people.” 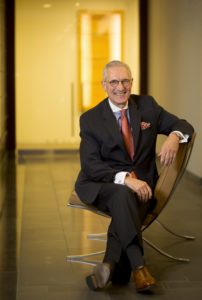 Although Stokes has spent the bulk of his working life as a hospital administrator, he began his health care career as an orderly.

Growing up in Yazoo City, Mississippi, he took a job as an orderly at King’s Daughters Hospital, the local community hospital, in 1974. Stokes was on his way to an undergraduate degree in industrial psychology before he decided to change his career to nursing.

“The only other thing I’d been really interested in was health care,” he said. “I felt like nursing was a good opportunity to help people and make a difference in their lives.”

Stokes found himself drawn to anesthesia. He was put to sleep as a child for an appendectomy, a tonsillectomy and a hernia repair. He saw the anesthesiologists at work and wanted to learn more about their role. He enrolled in nursing school at the University of Mississippi Medical Center (UMMC) in Jackson with the goal of becoming a Certified Registered Nurse Anesthetist (CRNA). He was one of just three men in a class of close to 100 nursing students.

“I worked my way through nursing school as a scrub tech in the operating room, because that would be a good way for me to learn what anesthesiologists and CRNAs did. When I graduated from nursing school, I stayed on as a critical care nurse. For the program, you had to work three years before you could get into CRNA school.”

Although he was working toward becoming a CRNA, Stokes abandoned that goal when he was offered a position in nursing administration, eventually becoming the assistant director of nurses for critical care at UMMC. He did that for several years before deciding he wanted to learn more about the entire health care system.

“When I was working as a nurse, one of the things that interested me was … how does nursing fit in with the larger health care enterprise?” Stokes said. “That was the reason for going back to graduate school, to figure that out.”

Stokes earned a master’s in hospital and health care administration from the University of Alabama, Birmingham. He then returned to UMMC as the assistant hospital administrator and diagnosis-related group coordinator. DRGs classify the products and services hospitals provide to patients.

For many decades, Stokes was a man on the move. He stayed at UMMC for three years and then relocated to Houston in the mid-1980s to work for St. Luke’s Hospital, when it was housed under the same roof as the Texas Heart Institute and Texas Children’s Hospital. He stayed three years as vice president of operations. Then he headed to Shreveport, Louisiana, to be COO of Schumpert Medical Center.

From Shreveport, Stokes relocated to Little Rock, Arkansas, to become COO of the St. Vincent Health System. Next was Huntsville, Alabama, to be COO for the Huntsville Hospital System, and then Tupelo, Mississippi, to become president of North Mississippi Medical Center. Then, in 2008, Stokes returned to Houston as COO for Memorial Hermann.

Stokes says his nursing career, though relatively short, gives him valuable insight into his new role as Memorial Hermann’s president and CEO. That clinical experience constantly reminds him of the patient’s perspective. It keeps him grounded.

“My No. 1 priority is the patient, and that is always going to be my No. 1 priority,” Stokes said. “I’ve worked with doctors my entire career. … They really want their patients to get that high-quality, safe care.

My relationships with physicians might be a little different than somebody that just came up through a business track. I have a different dimension to that relationship with them by having that clinical background.”

In addition to dealing with natural disasters, Stokes assumes his new role at a time when several institutions in the Texas Medical Center have seen turnover in top executives.

Having worked as a hospital administrator for four decades, Stokes believes this is simply a sign of the times. Executive recruiting firms say this is one of the most volatile periods for leadership in general, especially at the CEO level, Stokes said.

“If you look across the country, this is happening every single day,” he said.

According to recent studies, the average tenure for a hospital system CEO is between three and five years.

Several factors have contributed to that, from financial pressures to strained relationships between medical staff and health system administrators, Stokes said.

“The forecast is, it’s not going to get better before it gets worse. It is the stress. These stresses are going to continue to be in the industry for quite a while,” he said.

Stokes gets a bird’s-eye view of the industry as chairman of the American College of Healthcare Executives; he hears from other health leaders about what’s happening at nearly 5,000 hospitals across the country.

Although Stokes’ role as president and CEO of Memorial Hermann is just getting started, he knows where he wants it to go.

“My legacy would be certainly in the area of quality and patient safety,” he said. “High reliability has been a major focus of mine forever. We already have a national reputation as being one of the highest in reliability, quality and safety among health care systems in the country.”

Stokes also hopes to build a strong physician enterprise, which involves being more aligned with physicians in terms of operations, risk and accountability.

In addition, he would like to see Memorial Hermann collaborate with hospitals like Houston Methodist, Baylor St. Luke’s Medical Center and Texas Children’s, as well as the other health care systems in the city, to improve health care in the community.

“We need to create an awareness about people living healthier lifestyles,” Stokes said. “We need to work collaboratively to have people educate our community on how to take more personal accountability for their own health.”

Meanwhile, as Stokes is getting to know his new position, he still plans to carve out some time to relax. He has a fly fishing trip planned with his son in November.