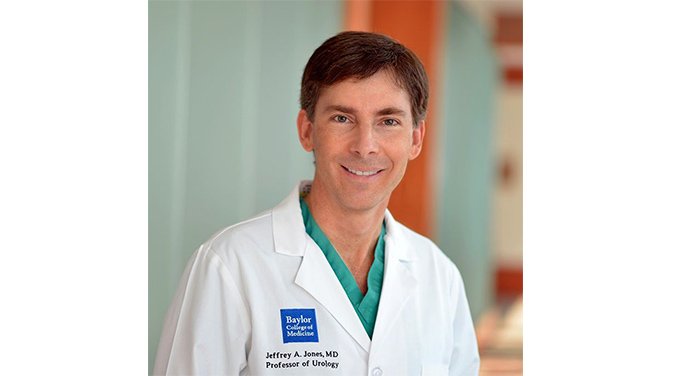 Thanks to a new $1 million grant awarded by the Prostate Cancer Foundation, researchers will be able to study the link between prostate cancer and exposure to Agent Orange in African-American male veterans who served during the Vietnam War.

Led by principal investigator Jeffrey Jones, M.D., urology service chief at Houston’s Michael E. DeBakey VA Medical Center (MEDVAMC) and professor of urology at Baylor College of Medicine, a team of researchers from MEDVAMC, Baylor and The University of Texas MD Anderson Cancer Center will create a databank of samples from U.S. veterans to investigate the biology of prostate cancer in African-American men and its connection to battlefield chemicals, such as Agent Orange.

“This had not been a previous priority, but just in this last year, there had been a discussion between the VA and the Prostate Cancer Foundation to … consider doing some special fund-targeting to centers that take care of veterans and try to deal with the issues that veterans have that would be above and beyond what we do in general for men with prostate cancer,” Jones said.

MEDVAMC has a predominantly male patient population and a significant number of patients with prostate cancer.

Jones said studying ways to improve cancer detection—to determine when the cancer is going to be in an aggressive form and which factors may be influential in the development of prostate cancer—is an important step in taking care of veterans who fought for our country.

“It’s a huge health problem, it’s a large burden to the health system and it’s a large source of morbidity and mortality among veterans,” said Jones, an active flight surgeon for the U.S. Naval Reserve with 29 years of combined active and reserve duty, including 16 years in the U.S. Marine Corps and deployments to Afghanistan and Iraq during Operation Enduring Freedom and Operation Iraqi Freedom. “These are people who have served their country and have put themselves in harm’s way. We really owe it to them to take care of their health problems.”

During the Vietnam War, the U.S. military used large amounts of herbicide and defoliant mixtures, including Agent Orange. The chemicals caused the leaves to fall off trees and plants, effectively destroying crops and vegetation from the area surrounding U.S. military bases to cut off the Viet Cong from food supplies and vegetation cover. Operation Ranch Hand, as it was known, lasted from 1962 to 1971. During this time, the U.S. military sprayed nearly 18 million gallons of Agent Orange over Vietnam, Laos and Cambodia without fully understanding the extensive toxicity to humans.

For decades following the war, evidence linking prostate cancer and Agent Orange was limited. However, recent studies found that veterans exposed to the chemical not only had an increased risk of prostate cancer, but they were also at a higher risk of suffering from more aggressive forms of the disease.

Prostate cancer is already the most common non-skin cancer in men in the country, affecting 1 in 7 men. According to the American Cancer Society, approximately 161,360 new cases of prostate cancer and about 26,730 deaths from prostate cancer will occur this year. Studies have shown that prostate cancer occurs more often in African-American men, who are also twice as likely to die from it as white men.

Jones and his team will study three main areas of prostate cancer and exposure to battlefield chemicals: the epigenomics, metabolomics and mutations in the androgen receptor.

Epigenomics
Jones explained that chemicals such as Agent Orange may not necessarily change the genetics, but rather changes the epigenetics—the turning on and off of gene expression not involving changes to the DNA—of the cells that become carcinogenic.

“Mutations can occur spontaneously in our genome that lead to things like cancer. Mutations can be inherited from our parents, therefore, making us more predisposed to cancers, but there are also cancers that don’t have any clear-cut genetic background,” he said. “We can’t point to a gene that has been mutated and passed onto the children that are responsible in most of the cases, so how do we look at factors that are driving those cancers? Some of that can be epigenetic.”

Metabolomics
The second part of the study will focus on determining whether there are certain signatures in the metabolic profiles of these cancers. If Jones and his team are successful in identifying metabolic signatures that indicate a higher risk of more aggressive prostate cancer in a urine test, for example, doctors could diagnose and treat patients earlier.

Hormones
The third area of the study will investigate mutations in the androgen receptor, a protein that binds to androgen hormones, such as testosterone, which is integral to normal male sexual development. Like breast cancer, prostate cancer is hormonally influenced. Identifying the roles of the mutated androgen receptors in driving cancer growth and understanding how Agent Orange influences cancer cell growth will hopefully lead to better, more effective targeted therapies, Jones said.

“We know that there are certain things about hormone expression that enable the growth and there are certain things about hormone milieu that drive it to grow,” Jones explained. “You can stop it from growing. You can kill prostate cancer cells by taking away the hormone, but only temporarily. The cancer cells figure out how to grow without it and come back with a vengeance—what we call castrate-resistant or hormone-refractory prostate cancer.”

Jones first learned about winning the Prostate Cancer Foundation award while helping with Hurricane Harvey. He was participating in air relief operations, flying medical, logistical and food supplies in from the Naval Air Station Joint Reserve Base in Fort Worth, where his unit is based, to shelters in Houston. In the midst of all that, he received a call from Howard Soule, the foundation’s chief scientist, congratulating him on the award.

“I’m always looking for better ways to improve the outcomes in our community, and so many of them feel somewhat isolated and cut off from the support system that they need to do well,” Jones said. “They need that extra special TLC to get through a lot of the difficult times. The fact that so many of them have cancer [that] may be associated with their duty makes it even more important that we understand the role of these things.”

Jones said he expects to begin the study this fall.