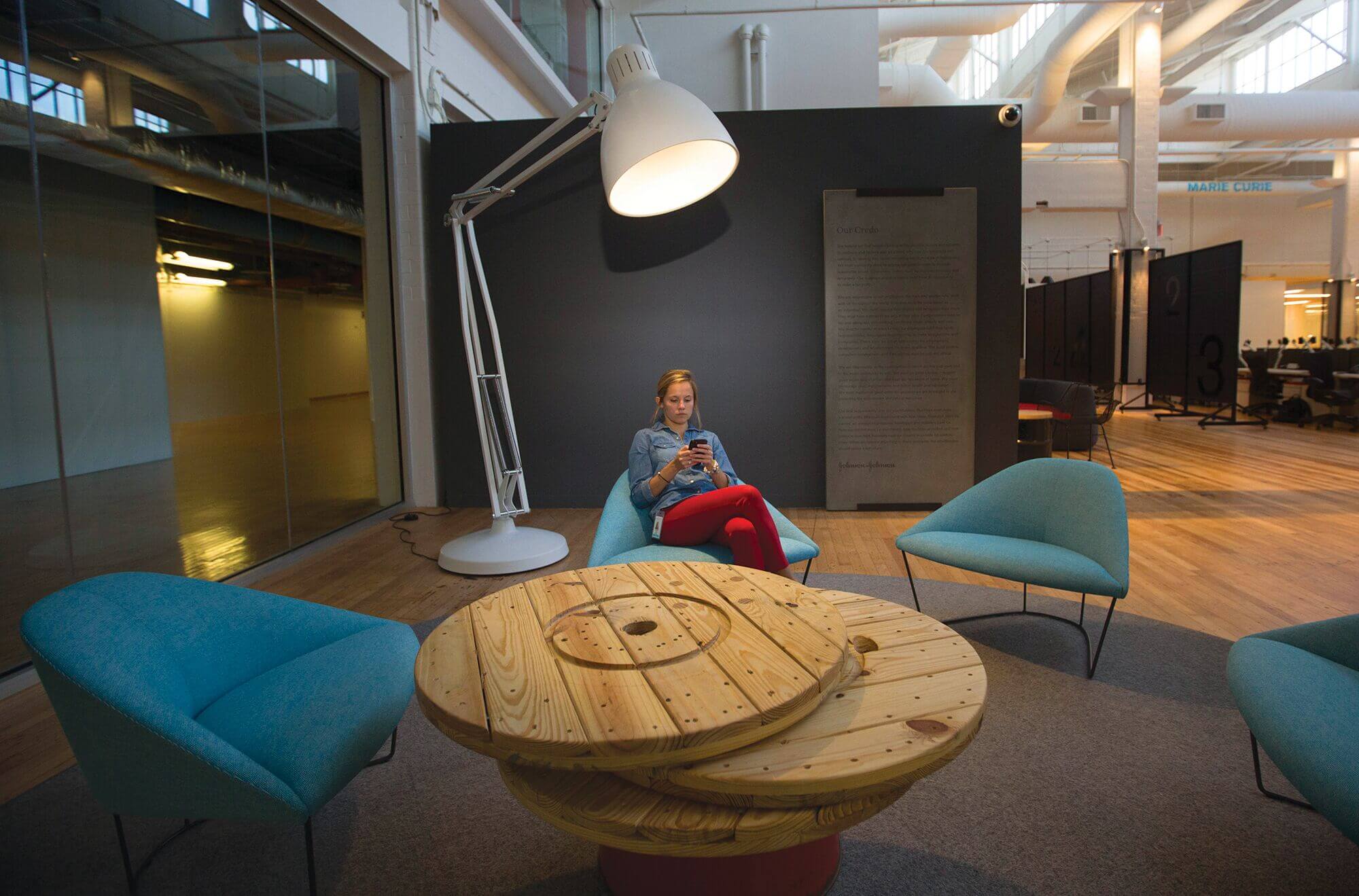 Dr. Billy Cohn is finally getting the workshop he has always wanted. And he’s excited to show it off, especially the virtual reality suite, which can transport anyone into an operating room deep inside the Texas Medical Center.

In November, Johnson & Johnson cuts the ribbon on its new Center for Device Innovation at the Texas Medical Center (CDI @ TMC), located on the John P. McGovern campus, at Holcombe Boulevard and Almeda Road. The new space marks another milestone for Johnson & Johnson’s investment in the Texas Medical Center, and will be the company’s only Center for Device Innovation in the world.

“Johnson & Johnson has an incredibly long history of being one of the most innovative companies in medical devices,” said Sandi Peterson, group worldwide chairman of Johnson & Johnson. “For us, the CDI @ TMC is another evolution in finding new and creative ways to access innovative people who are trying to do things to improve health care and outcomes for patients.”

The state-of-the-art center is designed to help turn napkin sketches into physical products. It gives Cohn a big, beautiful space to create the types of devices he has been building in his garage at home.

While rifling through drawers and cabinets at the center that hold every type of tool imaginable, Cohn, vice president of Johnson & Johnson Medical Devices and director of the CDI @ TMC, said he had no fewer than four projects that he is eager to do.

“Anyone who has an idea, but says they can’t do it yet because they don’t have the tools, this place removes the hurdles to taking that first step,” Cohn said. “I know I am going to fail 20 times before I find something that works, so I want to get it behind me as fast as I can.”

According to Cohn and his team, there is nothing that can’t be built in the space. The CDI @ TMC is outfitted with everything from laser cutters to 3-D printers, from wet laboratories to hand-cranked mills and automated lathes.

At the CDI @ TMC, contemporary furniture with whimsical flourishes greets visitors, including an oversized architect lamp that looks like it jumped out of a Pixar movie. Secluded workspaces are reminiscent of nap pods found in Silicon Valley.

The Houston office of Gensler, a design and architecture firm, oversaw the project.

“Our point of departure for the project was Billy’s home garage, the space that he feels most free to experiment and create with all his tools and materials at hand,” said Joni Calkins, architecture and senior associate at Gensler. “We were given an amazing old industrial space with tall volumes and great natural light, to which we added not only lab benches and lots of advanced manufacturing machinery, but also elements that would seem industrial in nature, but would facilitate collaboration and be comfortable for the people working in the spaces.

“In the tall space, we installed a conference room made from two large shipping containers and painted bright blue. It appears as an amazing industrial object from the outside, but inside it’s completely comfortable, outfitted with flexible furnishings and great technology. We had many custom furniture pieces fabricated for the project that utilized existing materials salvaged from the space, including the industrial maple flooring that became table tops and wall cladding. Our goal was to add an authentically Houston quality to the space that is indicative of Houston’s engineering and manufacturing heritage.”

One of the walls is outfitted with light boxes that will display device successes and failures, said Carlos Amaro, operations manager at the CDI @ TMC.

Amaro is an expert at maintaining creative spaces. Prior to joining Johnson & Johnson, he was senior engineering design technician at Rice University.

The CDI @ TMC can fit up to 30 engineers from Johnson & Johnson, Amaro said, some of whom will begin to work in the space by the end of the year.

The new center is an amalgamation of early-stage ideas, great teams, investors and large companies, said Arjun “JJ” Desai, M.D., chief operating officer of JLABS and the CDI @ TMC. The big idea is to bring all these players together in a focused, creative environment.

“Entrepreneurs are looking for safe havens for their companies to grow,” Desai said. “We want to be that funnel.”

While startup hubs on the East and West coasts continue to be popular, they are bursting at the seams; it is expensive to get a decent workspace and time with investors, Desai said.

Entrepreneurs wouldn’t have to scramble to find investors or fly off to South America to conduct clinical trials, Desai said. They could do all that in Houston within four city blocks, fostering a rapid cycle of innovation that is cost efficient and resourceful.