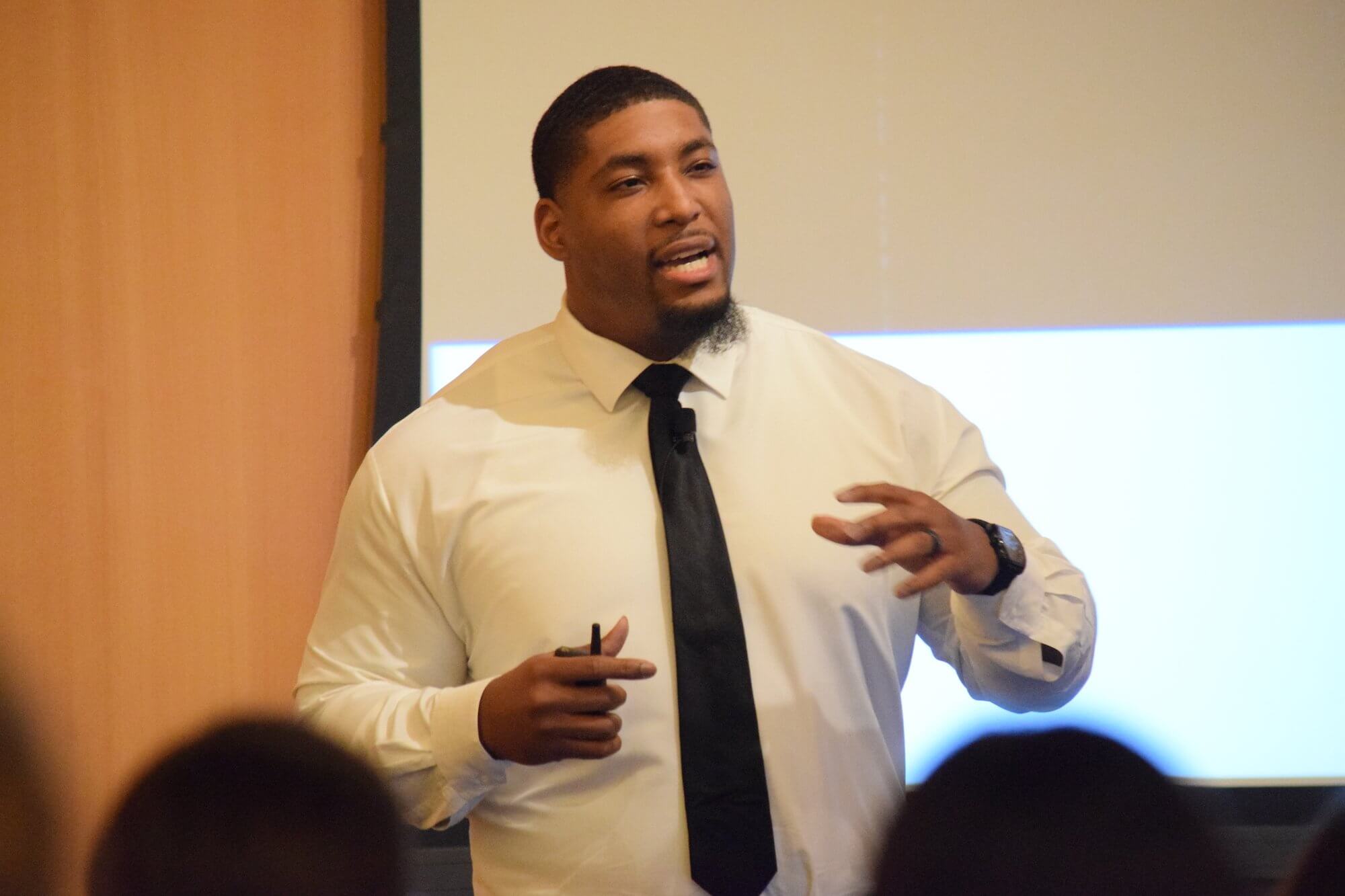 “This is a big celebration of families,” said Mauro Ferrari, Ph.D., president and CEO of Houston Methodist Research Institute. “It’s an opportunity we have to honor cherished memories and to share all together on how even the hardest of things can be turned into great fuel for doing things at the service of others.”

Established in honor of Ferrari’s late wife, who passed away in 1995 at the age of 32 after a long battle with cancer, the annual lectureship is designed to emphasize the importance of symptom and pain management for cancer patients. Since the lectureship’s inception in 1999, it has recognized individuals whose work focuses on the depths of pain, pain management and innovation in the health care system to improve palliative care for patients.

“We’re always thrilled when the recipient is a doctor, but it doesn’t always have to be a doctor. We always welcome many people from many different fields,” said Kim Ferrari, Ferrari’s daughter and one of the hosts of the event. “Case in point, Devon Still is a fantastic football player, which might seem far removed from the medical field, but it actually goes hand in hand. It’s a telling way to tell about the personal pain that does come with a lot of these diseases.”

Although Still is not a doctor, he is all too familiar with cancer and the pain it brings to patients and family members.

“There is so much parallel between sports and medicine,” said former NFL player and current sports analyst Spencer Tillman, who spoke at the event. “In both situations, you learn to become comfortable being uncomfortable. That is both heart and grit. It requires spirituality.”

Still relied on the heart, grit and spirituality he gained as an athlete to overcome Leah’s life-changing diagnosis and instill in her the same strength to help her beat cancer.

On the morning of June 2, 2014, Leah’s grandmother had taken her to IHOP for breakfast before her big dance recital, but Leah wasn’t feeling well and she was running a fever. Still picked up his daughter from the restaurant and drove her to an emergency room across the street, where doctors ran tests and noticed a mass on her hip. Still took Leah to see a specialist at a local children’s hospital to get to the source of the problem. Later that day, doctors diagnosed Leah with stage 4 neuroblastoma.

“In that moment, I did what you would expect any big, strong, 300-pound NFL player to do: I dropped to the ground crying,” said Still, who was then playing for the Cincinnati Bengals. “When I heard the word ‘cancer,’ all I thought about was death. I wasn’t ready to lose my daughter.

“I had a little girl upstairs, lying on a hospital bed, fighting death. She was depending on her daddy to come up with a plan to beat this disease, so I had to do some soul searching. I had to find out what I was made of, what I had inside me that allowed me overcome everything I had been through before Leah was diagnosed,” Still said. “It was two things: It was my faith in God. My faith in God allowed me to believe that the impossible is possible if you just trust in Him because everything happens for a reason. The second thing was football. I didn’t know, but since I was 13, football had been conditioning my brain and teaching me lessons that I have used in my life to overcome every obstacle I’ve faced.”

In September 2014, Leah underwent surgery to remove a tumor from her abdomen, five rounds of chemotherapy and a round of radiation. Still documented their journey on social media, posting videos of his pep talks and post-chemotherapy dance parties with his daughter to keep her spirits up, even in the worst moments of her cancer treatment.

“It didn’t matter where we were at, who was watching. We would dance. We would have fun because I knew that if I decided in that moment when I would stop laughing, my daughter wouldn’t have a chance in hell of winning this battle against cancer,” Still said.

Leah was placed in a clinical trial designed specifically for neuroblastoma patients, but the trial was unsuccessful. The cancer had spread from Leah’s leg to her hip, pelvis, chest and other parts of her small body.

“I thought my daughter was going to die,” Still said, “but … I was conditioned to fight for four quarters, to not give up until the clock was over. As long as my daughter was alive, we were going to fight.”

Still’s fighting spirit and his daughter’s resilience paid off. On March 25, 2015, Leah’s doctors informed Still that his daughter was in remission.

“We wouldn’t have gotten to that point if we gave up when times got hard, but because we knew there was still time on the clock, we decided to keep fighting,” Still said. “Today, my daughter is two years in remission because of it. I know I’ve been through a lot in my life that most people would have given up going through, but as long as I have breath in my lungs, I’m going to go out there and fight for the life I deserve, for the life my wife deserves, for the life my daughter deserves.”

Inspired by his daughter’s journey, Still founded the Still Strong Foundation in 2015 to provide financial support for families affected by childhood cancers. Through his foundation and other partnerships, he has become an advocate for pediatric cancer and has helped raise more than $2 million to assist families with rent, mortgage, utilities, bills, childcare and travel expenses to and from the hospital.

“As long as you have time on that clock, you’re still in the game,” Still said. “All it takes is one play or one decision for you to win, so never give up.”