Curated: the Many Wonders of Leonardo da Vinci

Curated: the Many Wonders of Leonardo da Vinci 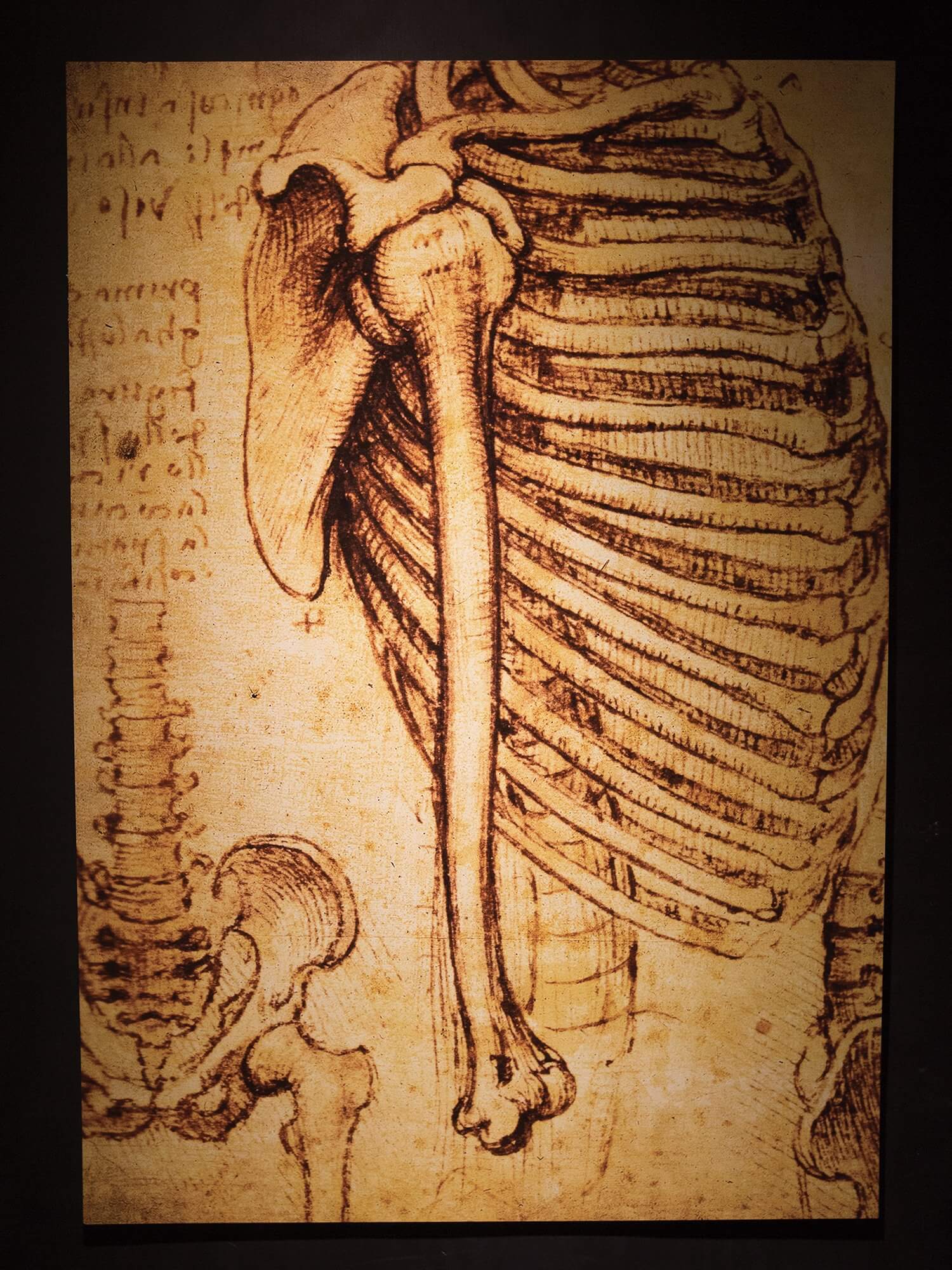 Leonardo da Vinci was so much more than the painter of the Mona Lisa and The Last Supper.

The curiosity and passion of this Renaissance man extended beyond art to mechanics, geology, music, optics and anatomy. All of his work was grounded in a keen understanding of proportion and the mathematical complexities of the human form.

Reproductions of many of da Vinci’s works and inventions are on display at Da Vinci: The Exhibition, at Moody Gardens in Galveston through Jan. 7, 2018.

“Many people think of da Vinci as an artist or a scientist without putting the two side by side,” said Ashley Tompkins, Moody Gardens public relations coordinator. “This exhibit chronicles his entire life. We have sketches of anatomy next to his artworks and inventions.”

Da Vinci was born in Florence, Italy, in 1452 and died at Clos Lucé, France, in 1519, at age 67. Without access to the X-ray machines and MRIs we have today, da Vinci satisfied his boundless curiosity about the inner workings of the human body by performing dissections.

“Da Vinci dissected and sketched some 30 men and women of varying ages, some healthy and some diseased,” Tompkins said. “Through these dissections, he learned more about how the body worked as a machine. Many of his findings have led us to the medical knowledge we have today.”

The exhibit includes several reproductions of da Vinci’s anatomical sketches, including his most famous, Vitruvian Man (1490), which depicts a man in two positions: standing with his arms extended in a square, and also with both arms and legs outstretched in a circle. The sketch is based on the work of Vitruvius, a Roman architect from the first century B.C. who drew anatomical sketches outlining ideal human proportions. Da Vinci’s version highlights the center of the body in proportion to the square (the genitals) and the circle (the navel), suggesting that the body’s natural geometry points to both procreation and creation.

Da Vinci’s other anatomical sketches show his understanding of human organs, bone structure and the effects of aging on the body.

Visitors to the traveling exhibit will also see replicas of da Vinci’s paintings and many of his inventions that inspired modern technology.

“I don’t think da Vinci had any boundaries,” Tompkins said. “He was interested in many things and he pursued them all—from exploring flight studies and hydraulics to inventing a life preserver and a catapult, from planning a modern city to studying anatomy and fine art.”