At Work, with Loved Ones at Home

The family of Robert Aertker, M.D., evacuated while he was at Baylor St. Luke’s Hospital

At Work, with Loved Ones at Home 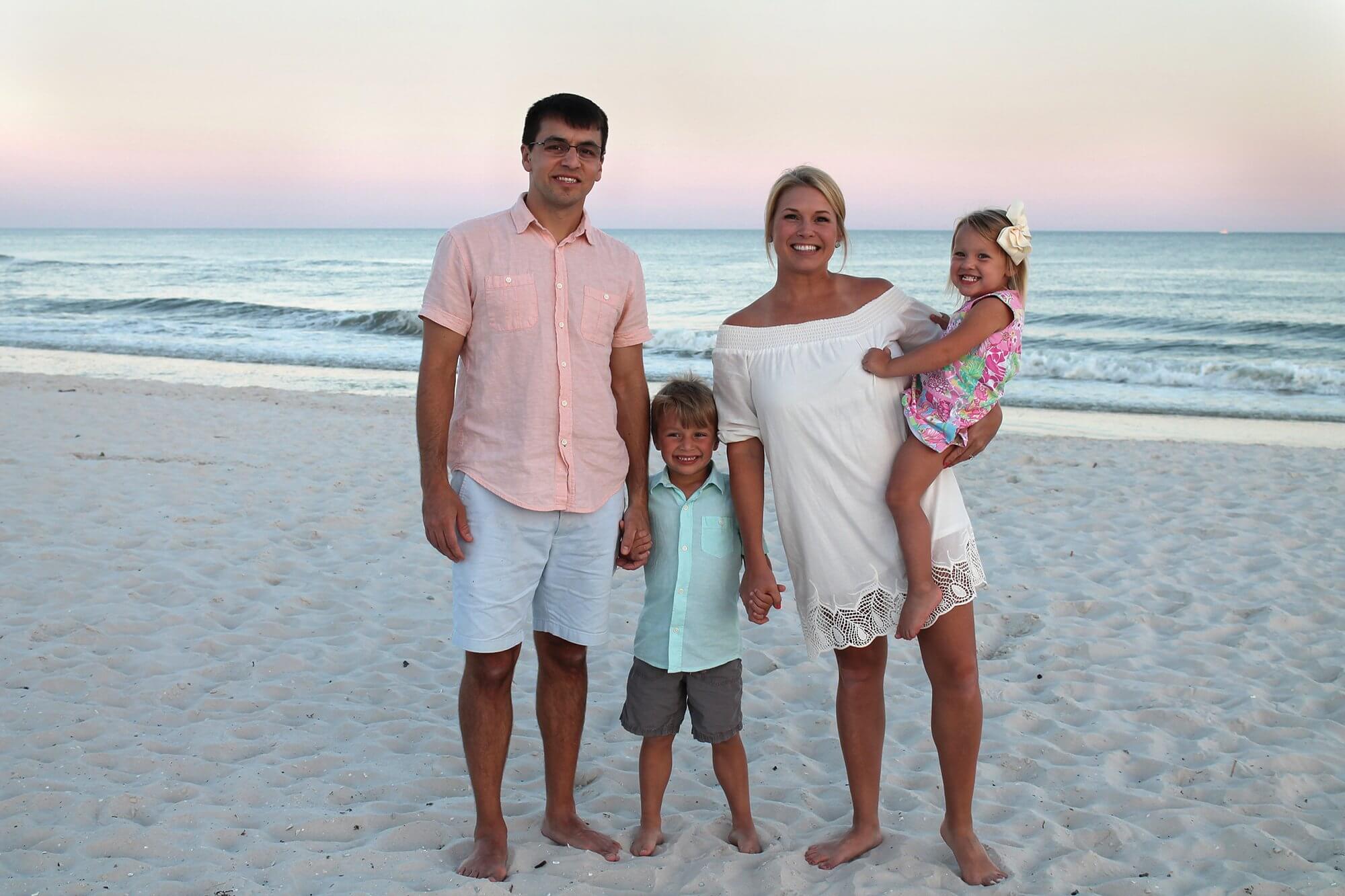 On Saturday, Aug. 26, as many Houstonians watched the news anxiously to see what Topical Storm Harvey would bring to Houston, Robert Aertker, M.D., a cardiology fellow at the Texas Heart Institute, prepared for work. He was scheduled for consecutive moonlight shifts at Baylor St. Luke’s Hospital.

“Our schedules are made about a month in advance, so it just happened that I was supposed to work that Saturday and Sunday,” Aertker said. “I had been picking up moonlighting shifts to make a little extra money.”

Much as he was dreading leaving his family at their home in the Timbergrove neighborhood near the Heights that Saturday evening, he had to. His wife, Andrea, was 14 weeks pregnant and had her hands full with their two children, Alan, 5, and Riley, 3.

“Throughout the day Saturday, we didn’t get as much rain as forecasters anticipated and as I drove over the bayou, it had actually gone from 23 feet earlier in the morning back down to 13 feet,” Aertker said. “But as I was leaving I had almost an eerie feeling that I was sure to get flooded in at the hospital during one of my shifts.”

Once safely at Baylor St. Luke’s that evening, Aertker began his rounds in the coronary care unit of the hospital.

“My shift that night was fairly uneventful,” Aertker said. “The census was low and my patients were stable. While I was in the hospital, I really couldn’t tell how bad it was raining because you’re usually not right by windows.”

But that soon began to change. As the night dragged on and historic amounts of rain pounded Houston, Aertker, a 10-year veteran of the Texas Medical Center, heard an announcement on campus he had never heard before.

“Probably around 10 p.m., the hospital started making announcements that they would be closing the floodgates,” he said. “I am from Katy and went to med school at UTHealth and went through Hurricane Ike during that time. I had never heard that before and it was a little concerning.”

During his shift, Aertker also began to familiarize himself with the Harris County Flood Control District website, which monitors water levels in Houston’s bayous. He kept a watchful eye on White Oak Bayou, a major tributary of Buffalo Bayou and the closest waterway to his home.

“I had been watching the flood gauges and rainfall amounts all night and had been texting my wife and my friend, Jamey Reynolds, who lives a block north of us, to check on things,” he remembers.

According to Aertker, his wife could still see the road in front of their home around 4:30 a.m., but a mere two hours later the water was halfway up their lawn.

“What concerned me the most was how fast the water rose,” Aertker said. “I had always assumed that if we got water in the house, it would be like our carpet would get damp. By 7 a.m., my wife went to open the garage door and water just poured in.”

With no safe way to leave the hospital and no one to watch his patients, Aertker had no way to help his family as 18 inches of water crept into their one-story home.

“That ate at me for a while,” Aertker reflected. “You never want your spouse to go through something like that without you.”

Reynolds, the Aertker family’s friend and neighbor, waded through chest-high water along Queenswood St. to rescue Andrea and the children and bring them safely to his house. Shortly after their arrival, however, the Reynolds home began taking on water, as well. Luckily, they all made it safely to another friend’s house just a few blocks away.

Meanwhile, Aertker forced himself to stay focused at work. As the day progressed, more and more doctors and other staff members were able to make their way to the hospital.

By Sunday evening, Aertker was able to leave the hospital and make his way back to his family. Knowing parts of the city were still flooded, he used iPhone maps to navigate his way home safely.

“We lost the majority of our stuff due to the flood,” Aertker said. “All in all, I feel very lucky for how fortunate we are and am very thankful to our friends, family and the community. … I think this was a testament to the resolve of the people in our state and of our neighbors, like the Cajun Navy. The positive part of this was just everyone coming together to help people they don’t know—of every kind of background, no questions asked.”