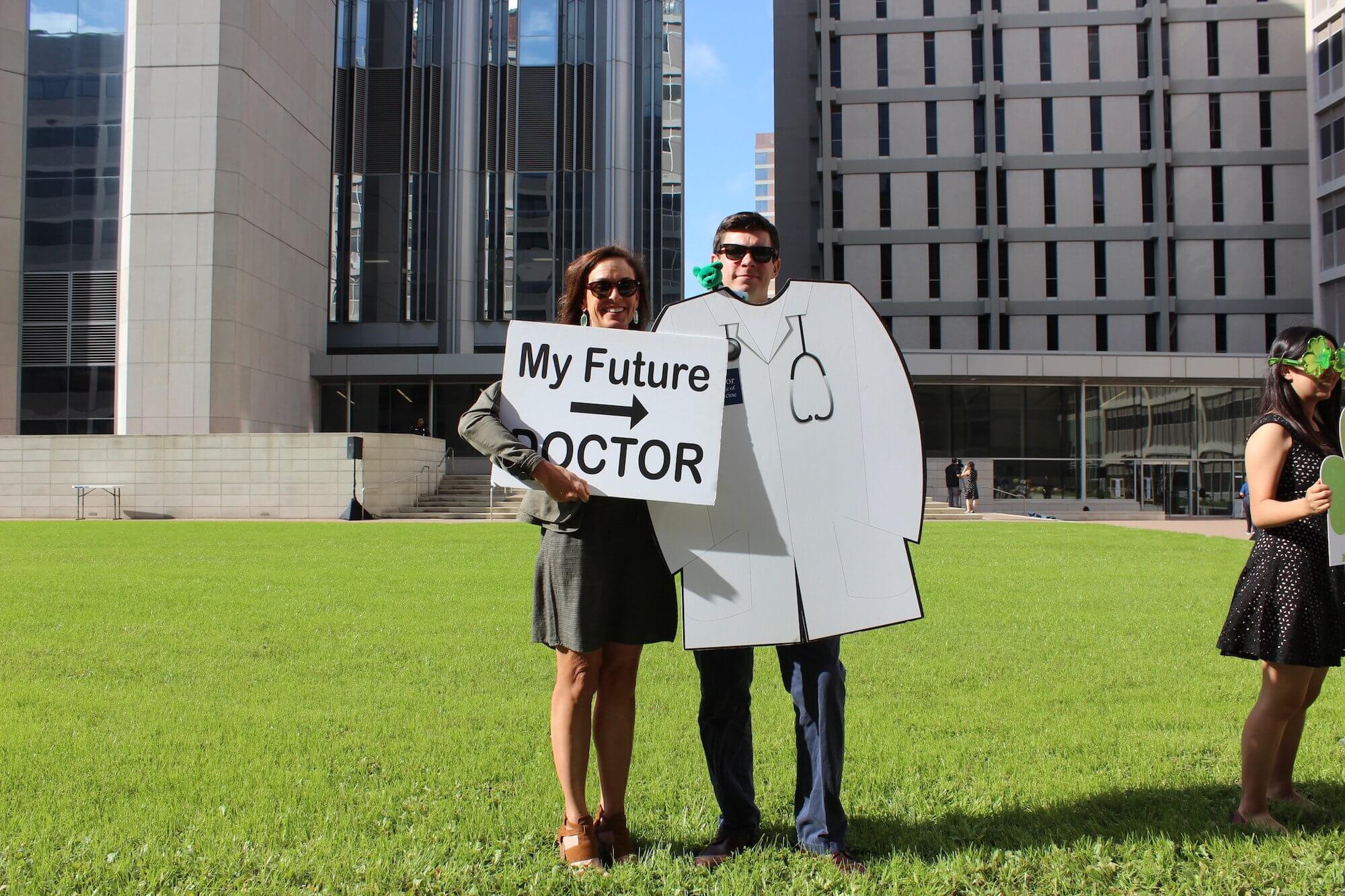 Linda Dalton knew that when her son went off to medical school, he would end up saving lives. But she never expected that one of those lives would be her own.

On March 22, 2017, Dalton woke up with chills, a fever of 101 degrees and joint pain. She thought it was the flu. What it turned out to be was endocarditis, an inflammation of the heart’s inner lining caused by bacteria. A staph infection had made its way through her bloodstream and attacked her artificial heart valve, creating a blood clot. When that clot embolized, Dalton suffered a heart attack and several strokes.

Just a week prior, she had been celebrating with her family, including her son, Evan, at Baylor College of Medicine’s Match Day. Evan is now a resident in pediatrics at Vanderbilt’s Monroe Carell Jr. Children’s Hospital in Nashville.

It was that Baylor College of Medicine training, Linda said, that helped Evan recognize that her flu-like symptoms were actually a medical emergency. He was able to get her to Baylor St. Luke’s Hospital in time to save her life.

“I had learned about endocarditis in class, so was in the back of my mind,” Evan said. “However, I realized some signs that her heart wasn’t doing so well—she was sweaty and had distension in her neck. It wasn’t until I took her to the emergency room and an EKG was done that we realized she was also having a heart attack.”

“The cool thing was that Evan didn’t let it go as the flu,” Linda said. “He knew it was serious, and followed up on it when I would have just lain in bed. He saved my life, and it was the best practical education he could have.”

Evan spent every night and most days with his mother in her hospital room, advocating for her and translating medical terms, she said. He also cancelled his rotation at a Bogota, Colombia hospital where he planned to work on his Spanish. Instead, he arranged a rotation in dermatology at Texas Children’s Hospital so he could stay close to home and still complete his requirements to graduate from Baylor in May.

Linda Dalton was hospitalized 18 days so doctors could monitor her progress, but that wasn’t the end of her medical problems. After she got home, she developed a deep vein thrombosis clot in her leg. Luckily, Evan was able to identify her symptoms and get her to the hospital again. It turned out that she had a mucoid cyst that ended up acting as the source of her staph infection. She had surgery to remove the cyst and stop it from being a reoccurring source of infection.

Following six weeks of intravenous antibiotics, medical tests showed that both the blood clot on Linda’s heart and the abscesses in her head from the strokes were successfully eliminated with the treatment, she said.

Though it was a stressful time for his family, Evan found the experience helpful for his medical career.

“Going into pediatrics, talking with the family is important, but not until I stayed in the hospital during this stressful situation did I understand what you hear from the patient’s side,” he said. “As doctors, we want patients to take us seriously, and rightly so, but we also have the tendency to use complicated medical jargon to explain things that are hard for patients to understand. I watched my mom and dad struggle to understand what the doctor said or meant, so I have adapted to that in the first two months of my career in trying to keep things simple.”