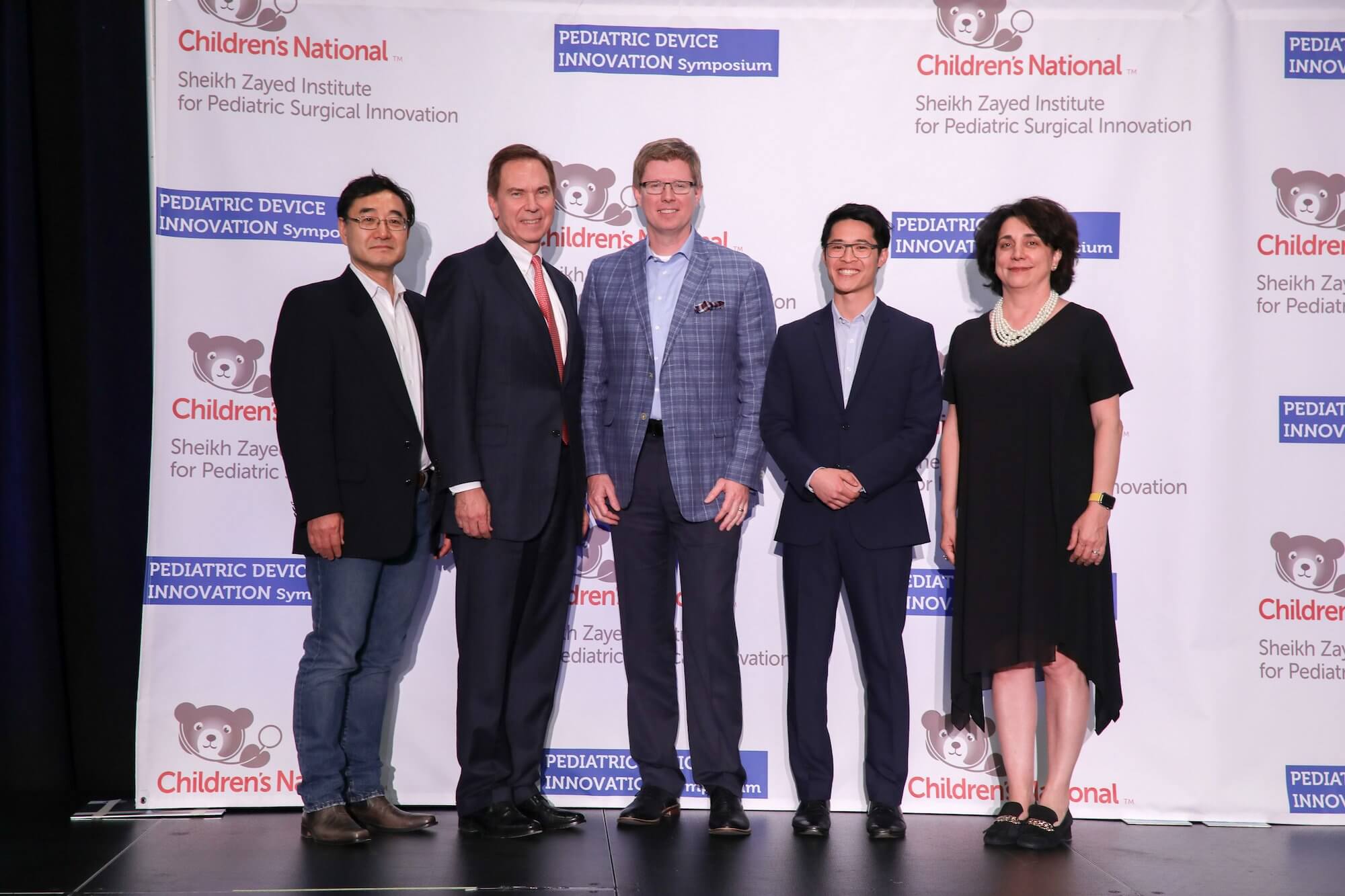 Taking home $50,000 each were Houston-based CorInnova Inc., a soft robotic, non-blood-contacting biventricular cardiac assist device for the treatment of heart failure in children, and Melbourne, Australia-based NAVi Medical Technologies, a device to provide accurate information about the localization of an umbilical venous catheter (UVC) used in critically-ill newborns to reduce the risk of catheter malposition.

CorInnova resides in Johnson & Johnson Innovation’s JLABS, while NAVi is part of the current TMCx medical device accelerator. Both programs are part of the Texas Medical Center’s Innovation Institute.

“CorInnova is excited to win the award, confirming that our device’s advantages for adult cardiac assist patients are even more important to the pediatric population,” said William Altman, president and CEO of CorInnova. “This $50,000 award will fund work to downsize our device and then do proof of concept testing in smaller animals, jump-starting our efforts to obtain grant and philanthropic funding for pediatrics.”

Meanwhile, being part of the TMCx program and the pediatric competition has allowed Shing Yue Sheung, co-founder and COO of NAVi , to broaden his network, he said.

“We came from Australia to expand our network, and the Texas Medical Center gave me the opportunity to get know the network in Houston,” Sheung said.

The “Make Your Medical Device Pitch for Kids!” competition, sponsored by the National Capital Consortium for Pediatric Device Innovation (NCC-PDI)—an FDA-funded consortium led by Children’s National and the A. James Clark School of Engineering at the University of Maryland—received 98 submissions from five countries. Four companies were awarded $50,000 each and two were awarded $25,000. The six winners were selected from a field of 12 finalists.

During the competition, a question-and-answer session followed a five-minute pitch from each finalist. Sheung said the work he has done at TMCx helped him get through the Q&A.

“Along with help from the other startups here, I am asked difficult questions in TMCx every day, which help to validate our product, so it prepared me for the judge’s questions,” he said. “As a startup in the early stages, sometimes you don’t know if you are on the right track. Having this positive result shows that we are doing something good here, and it keeps me motivated and excited about what we are doing.”