Cancer Compounds Humble Woman’s Health, but Not Hope for the Future

Cancer Compounds Humble Woman’s Health, but Not Hope for the Future 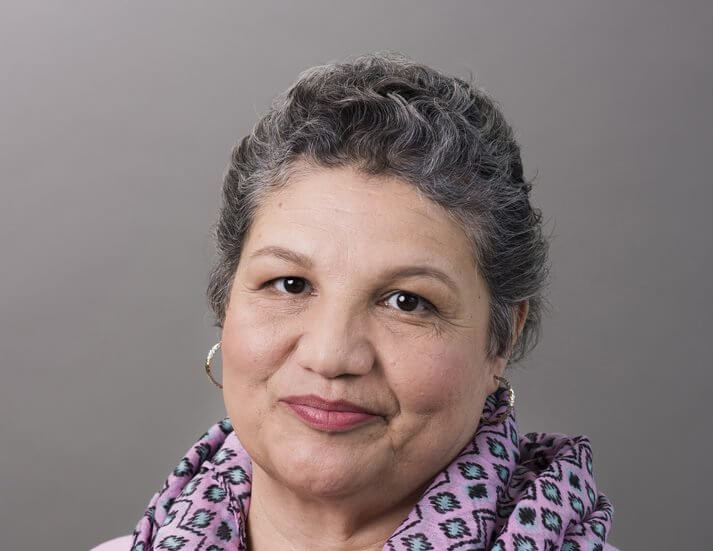 Cesilia Batres of Humble felt a sharp pain in her left breast in August 2016 and thought it was related to her fibromyalgia, a disorder characterized by widespread musculoskeletal pain. Her primary care physician at Harris Health System’s Aldine Health Center didn’t think so, and directed her to get a mammogram at Lyndon B. Johnson Hospital.

It was followed by an ultrasound and biopsy. A week later, she learned she had an aggressive form of cancer. Immediately, she started chemotherapy and had a double mastectomy. She plans to schedule reconstructive surgery soon.

In addition to the cancer and fibromyalgia, Batres, 54, has problems with her knee.

During her treatment, chemotherapy was especially hard. At times, it was difficult to get out of bed or eat. Losing her hair was disturbing. A therapist at Aldine helps her cope with the emotional strain.

Thankfully, she has a very strong support system in her husband, daughters and grandchildren. And her faith has grown. She prays more than ever before.

“After the first chemo treatment, I felt like I would die,” she recalls. “I prayed for strength and I believe God pulled me through.”

She also derives strength from the hospital’s monthly support group. She’s made friends there.

“It’s easy to talk with the women because they have gone through the same things,” she says. “The staff has helped too. I love my doctors. They explain everything. Even though no one else in my family has had breast cancer, my doctors encouraged my daughters to have a mammogram, and they’re fine.”

“If I want to do something, I must do it today. We don’t know about tomorrow,” she says. “I like to travel, so as soon as my doctors clear me, my husband and I are going away. I’d like to spend a few months away from hospitals.

“I’m thankful for my care and for my family and that I’m still here. I want to be here for a long time. My oldest grandson plans to become an oncologist. I want to see him make it.”