On the Side: Christopher Scott, Ph.D.

On the Side: Christopher Scott, Ph.D. 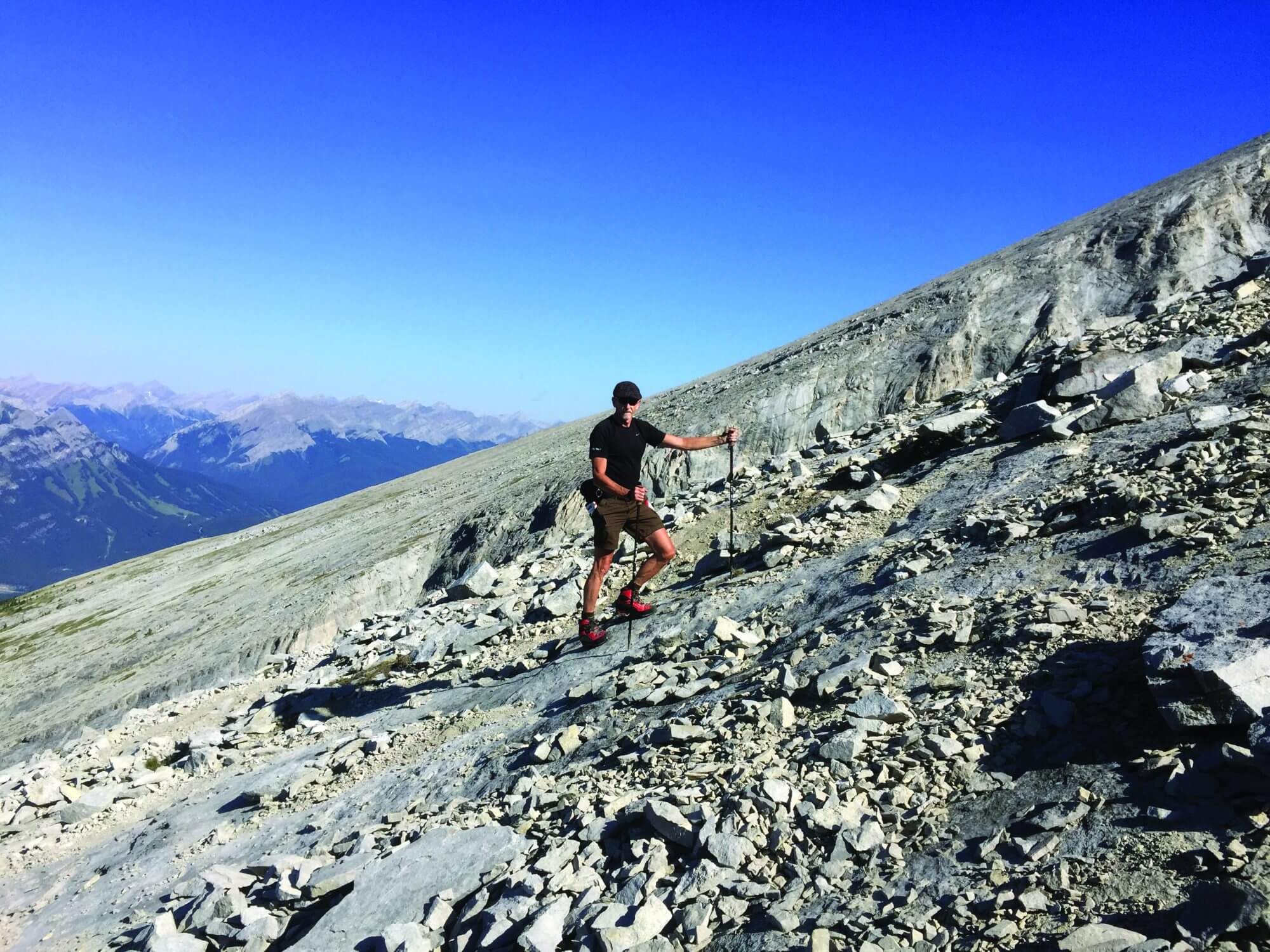 Born in Salzburg, Austria, Christopher Scott, Ph.D., grew up hardwired for the outdoors. His father, who served as a captain in the Austrian mountaineering corps, often brought Scott to the Alps to learn how to ski and climb. Scott loved being outdoors, but he also gained a deep appreciation for nature on an existential level.

“The breathtaking beauty of nature is something that has a deep moral satisfaction to people, for me, too,” Scott said. “We’re so small compared to what the world has for us, especially in the mountains. It’s really a scale comparison. I’ve never felt so human and also more insignificant in nature.”

After he moved with his family to Colorado, Scott continued to mountain climb in high altitudes, staying along the Continental Divide for weeks to scale mountains more than 14,000 feet in elevation—“14ers” as they’re known among mountaineering aficionados. When he wasn’t traversing ice and snow to reach the peak of a mountaintop, Scott volunteered with search and rescue teams in the mountains.

“As a goal-directed person, I always like to say that I got to sit on ice on a glacier,” Scott said. “That’s a big deal. Most people say, ‘Are you nuts? Why would you think that’s something that’s wonderful?’ But it just is.”

As a bioethicist, Scott studies the ethical, legal, social and political implications of emerging biotechnologies and clinical medicine. But these sorts of musings are not limited to his work. While he basks in the glory of Mother Nature, he often contemplates moral problems and challenges from an environmental perspective: As people, how should we treat the outdoors to preserve it for future generations? How do extreme conditions and situations shift the moral boundaries of what we think is right and wrong?

For example, Scott was involved in a genetic research study that examined the blood of climbers as they ascended Mount Everest. The clinical trial took the climbers’ blood to see if there was a genetic basis for resistance to acute altitude sickness, which can cause lung problems, swelling of the brain and death. Once climbers reach a certain altitude, Scott explained, they no longer have complete capacity because they’re breathing in thin air that causes their cognitive abilities to decline.

“There’s always this provision in clinical trials that you can withdraw your consent if you feel, at some point during the study, that you don’t want to do it anymore,” Scott said. “For climbers who are working without oxygen and have reduced decision-making capacity, what does that mean for their ability to withdraw?”

Scott recently climbed the Grand Tetons in Wyoming, which he ranked as one of his top three climbs, along with Mount Chimborazo in Ecuador and Mount of the Holy Cross in Colorado.

“I love all of those because they were uncrowded, magnificent in their own way and in the most beautiful settings you can imagine,” Scott said. “There’s something about being alone in the vast emptiness of a climb that’s really appealing to me.”

He is also a cycling enthusiast and uses his bike as a way to stay in shape for his hikes. High-altitude excursions are arduous and require intensive training.

“The best way to train for climbing is to go climbing,” Scott said simply.

In preparation for his higher climbs, Scott often spends weeks in the Colorado mountains. He establishes his camp at 9,000 feet and climbs up to 14,000 feet and then down again each day to train. For the bigger mountains, having good snow technique and knowing how to use the various climbing equipment is critical.

“Some of those climbs will be 70 degrees or more, which feels like you’re pretty much vertical,” Scott said. “You’re hammering in the ice axe and pulling yourself up on the axe every time you step up the face of the glacier.”

While Scott has already conquered big peaks across the continental United States, South America and Asia, he is already planning his next challenges: Denali in Alaska and the Eiger in the Bernese Alps of Switzerland.

Tags | Baylor, hobby, mountaineering, on the side
Advertisement