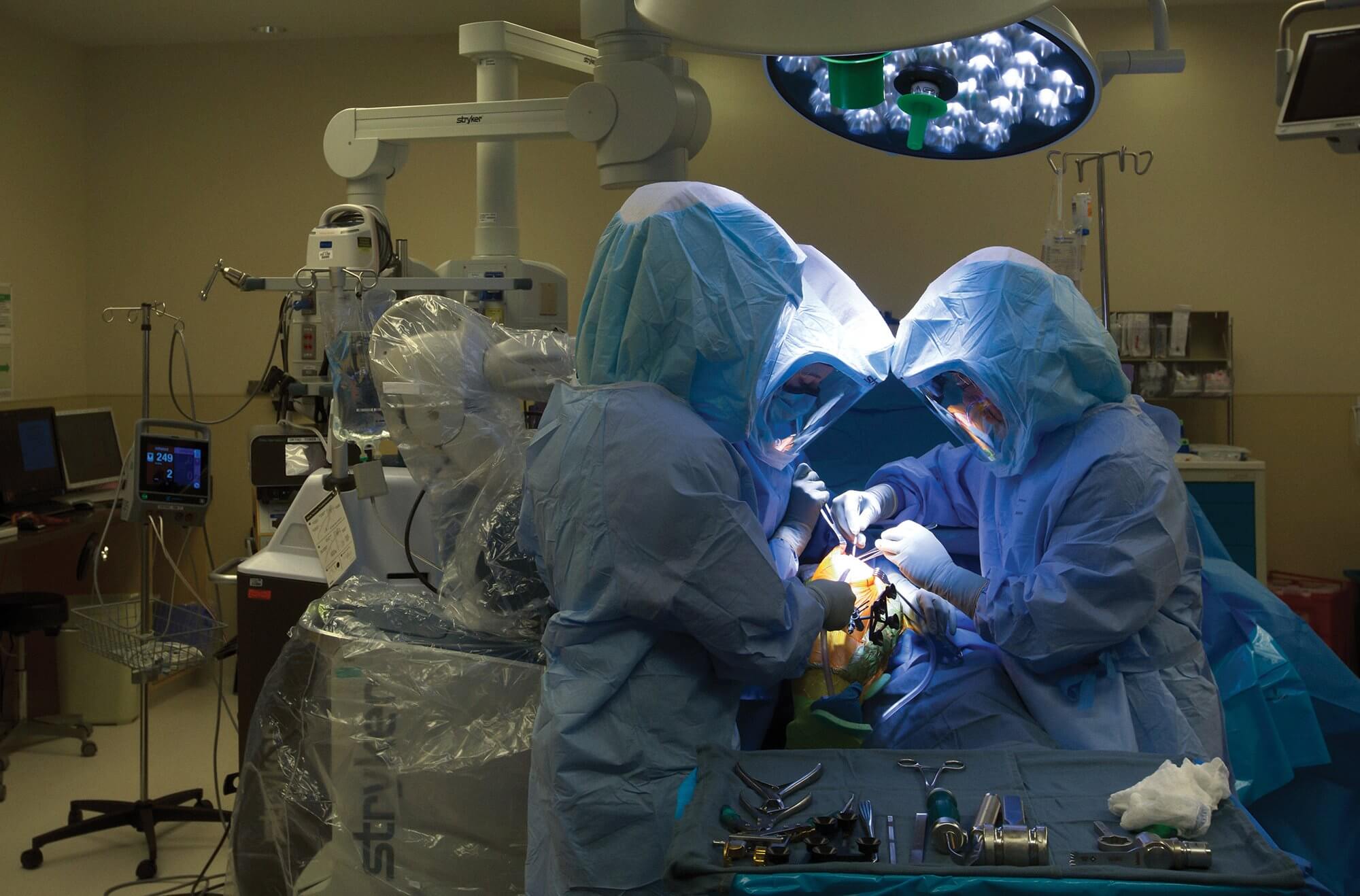 Total knee replacements help patients regain their ability to move spontaneously and actively. More than 600,000 total knee replacement surgeries are performed each year in the United States. By 2030, that number is expected to exceed 3 million, according to research published in The Journal of Bone & Joint Surgery.

Yet orthopedic research studies have found that 20 percent of patients are not satisfied with their knee replacements. Much of that dissatisfaction has to do with increased pain and a decreased range of motion. Some patients are unable to achieve satisfactory motion despite physical therapy. Others may complain that the knee feels unnatural, or that they lack confidence in their leg.

Freedhand, who has performed more than 100 total knee replacement surgeries with the robot, sees his patients achieving milestones more quickly than they would with manual surgery.

“The robot is able to make bone cuts accurately, and we can measure the gaps between the femoral component and the tibia component to balance the knee,” Freedhand said. “By using this technology, I think we will improve the outcomes for our total knee replacement patients.”

Before surgery, the Mako software system can take a CT scan and turn it into a 3-D model that allows Freedhand to pre-size the knee implant and tinker around with the positioning.

“There are no ‘a-ha’ moments with the Mako,” Freedhand said. “With the manual technique, you can narrow it down plus or minus one size, but with the robotic planning, you always know the size, and it won’t change. It will be accurate every time. … We can figure out the size and position without even touching the patient or getting into the knee.”

The Mako robot doesn’t actually perform the surgery. Freedhand plans the surgery and then guides the robotic arm to remove the diseased cartilage and bone.

Then he implants a few prosthetic components: a femoral piece on the end of the thigh bone, another on top of the tibia, and another piece fits on the knee cap. Some patients think the term “replacement” actually means removing a large amount of the bone in the middle of the leg, but in reality, the surgery removes the worn out covering of the bone in the joint and treats it by attaching the prosthesis, which is shaped like a normal joint, Freedhand said.

During the operation, the surgeon can very precisely measure the cuts and the distance between the bones to help balance the knee ligaments, which is critically important to the function of the knee.

“We are looking at the patient’s knee with our eyes, but then we are also looking at computer screens for the right angles and range of motion to make adjustments for the best outcome,” Freedhand said. “When we are happy with the range and balance, we make cuts with the robotic arm.”

The delivery of health care is both an art and a science, he said, and the Mako robot is helping improve the patient experience.

“It’s a really exciting time to be in orthopedics,” Freedhand said. “I encourage my residents and fellows to train on this. We don’t want to be stagnant, but have an eye out for anything offering benefits for patients.”